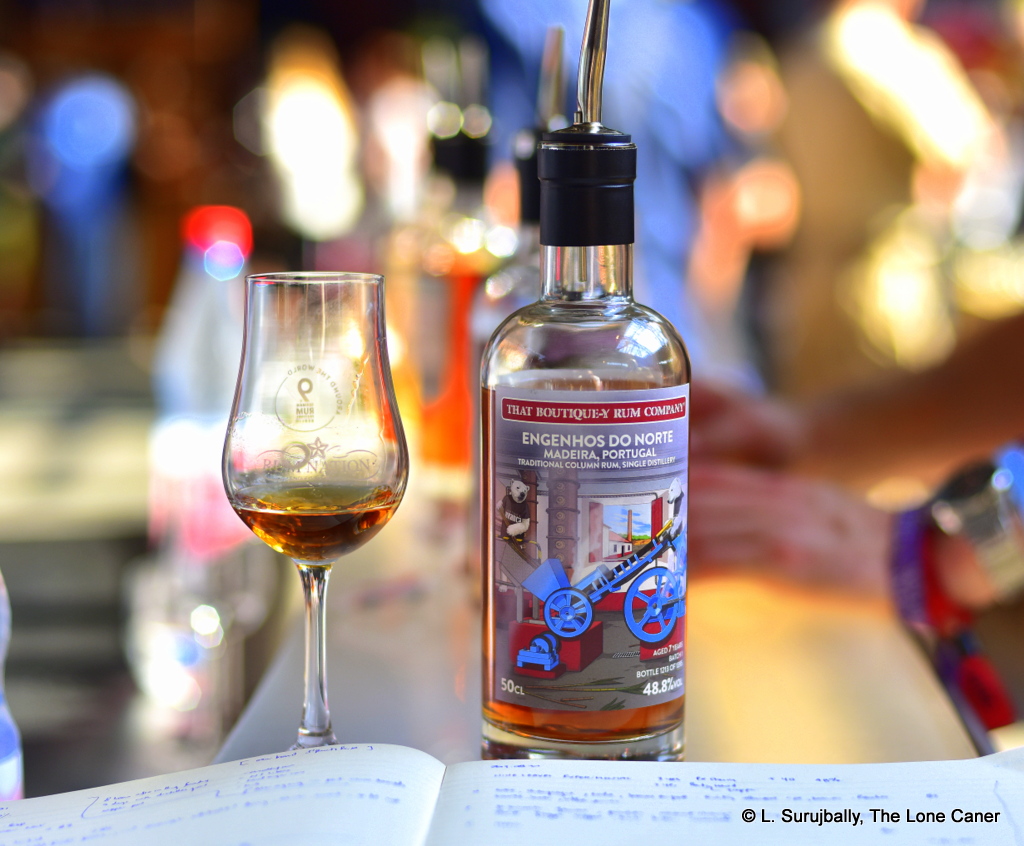 When it comes to distinguishing themselves from the herd, few show much real imagination.  Oh, for sure the Compagnie des Indes releases private blends like the Boulet de Canon and Dominador (and released a very fine Indonesian arrack several years ago); Rom Deluxe goes to the max with its massively proofed Jamaican DOK, L’Esprit does some amazing white rums, and several indies find a way to get rums aged for nearly three decades into their bottles – I merely submit this is more and better of the same. Truly new products that showcase something different are actually in rather short supply.

Which leads us to this one. The Engenhos do Norte distillery is located in Madeira, an island considered part of Portugal (even though geographically it’s closer to Africa) and one of the few places outside the French islands that can use the term agricole legally. The rum is derived from cane run through a crusher powered by a steam engine (that’s what the label shows), fermented for about 4-5 days, passed through a columnar barbet still and then left to age in French oak barrels.  So although it doesn’t say so, it’s an aged rhum agricole. 1395 bottles were released, at a firm but not over-strong 48.8%, and the last I checked it was still selling for around forty quid which I think is a pretty good deal 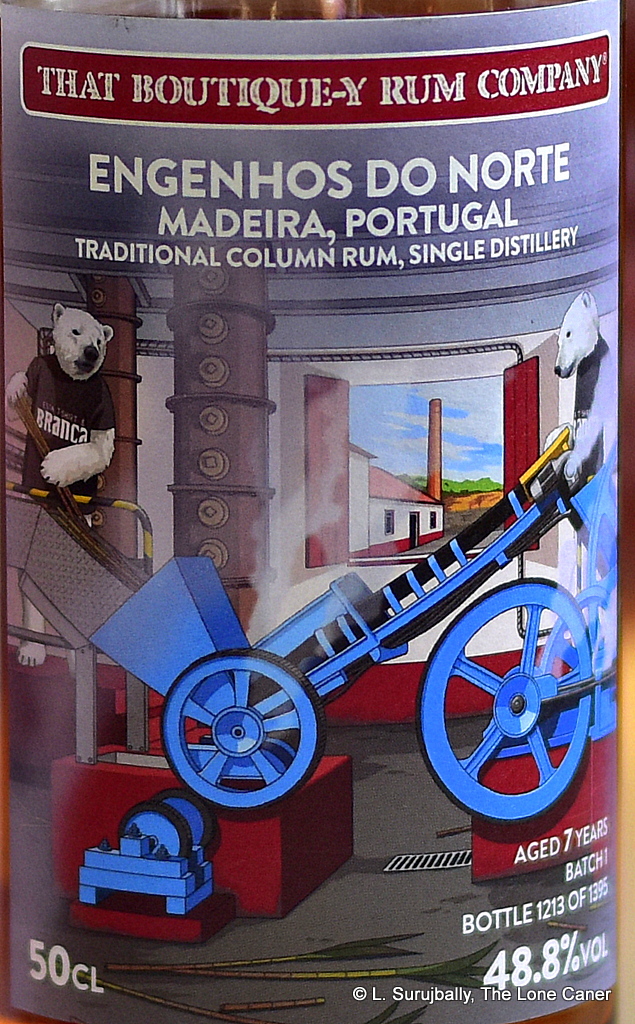 Tasting notes. The nose is nice.  At under 50% not too much sharpness, just a good solid heat, redolent of soda, fanta, coca cola and strawberries.  There’s a trace of coffee and rye bread, and also a nice fruity background of apples, green grapes, yellow mangoes and kiwi fruit.  It develops well and no fault can found with the balance among these disparate elements.

I also like the way it tastes. It’s initially dry and peppery, but also crisp, tasting of marshmallows, and tart white fruits like guavas, Thai mangoes, unripe pears, soursop, papaya, watermelon and pineapple. There’s a nice thread of lemon underneath it all, cumin, vanilla, and a nice touch of brine and olives.  This all leads to a conclusion that is short and easy, redolent mostly of sweet watery fruit with a last musky brine taste, and some more lemon zest.

In a peculiar way, it reminds me less of a French Island agricole than of a grogue from Cabo Verde.  There’s a sort of easy crispness to the experience, with the herbal notes evident but not as strong and clear and focused as a Martinique rhum is.  For centuries Madeirans drank their rhums unaged and white — of late they have begun to try and develop an aged rum industry and expand beyond the local market which thus far has consumed everything the small distilleries produce.  The development of real blending and ageing skill is still some years in the future, and thus far it’s only the small IBs like Boutique-y that have brought their rums to our attention. But I think that we should keep an eye out for the rhums from Madeira, all of them.  Based on the few I’ve tried, these guys know what they’re doing, know how to make a good rhum, and will be going places in the years to come.