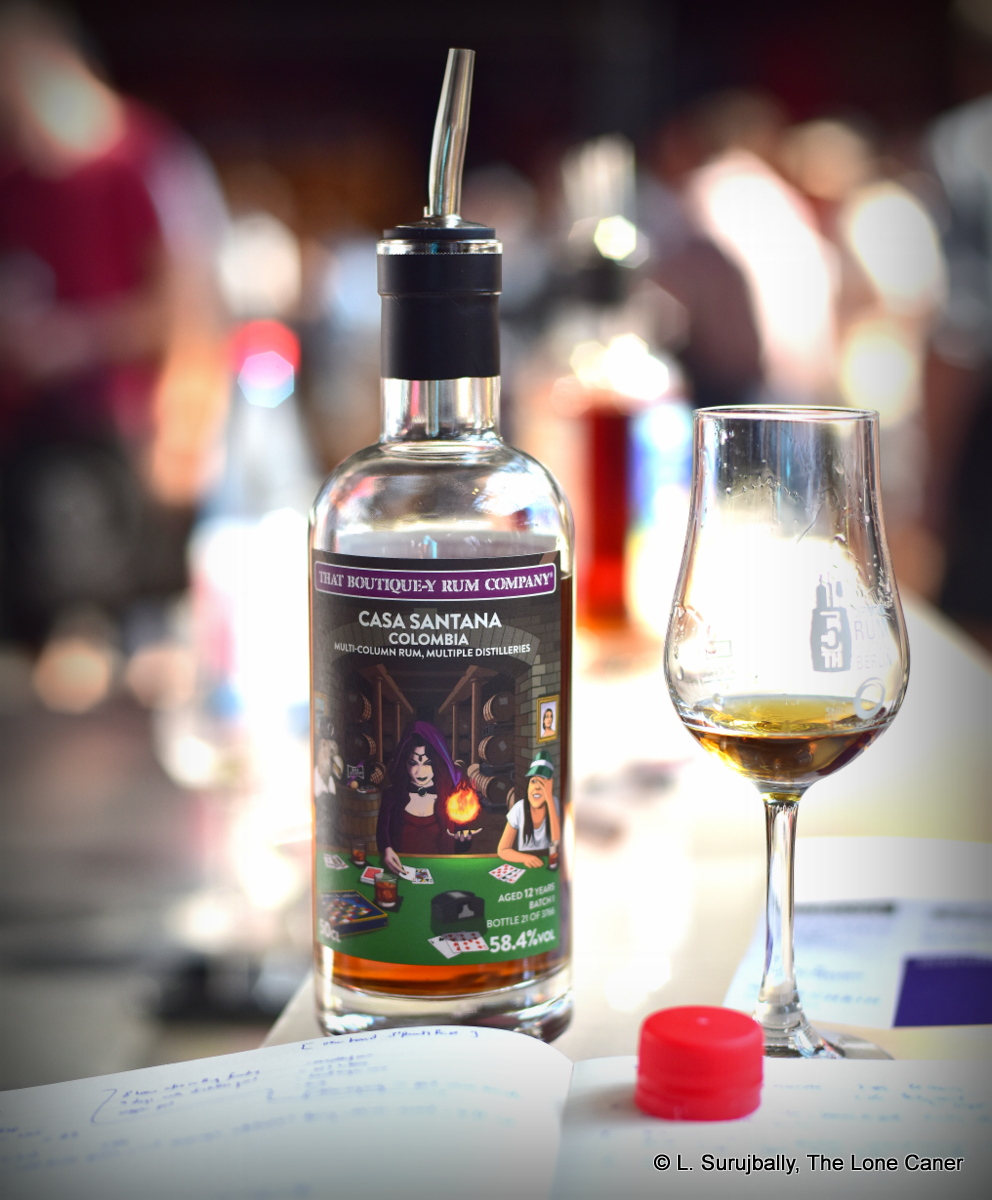 It’s a peculiar facet of That Boutique-y Rum Company (Master of Malt’s rum arm) and their marketing, that Pete Holland, their brand ambassador (he has some other title, but this is what he is) is so completely identified with the brand. As I’ve noted before, that’s largely because of his inclusion on the brightly coloured, easter-egg-filled, self-referential labels on the company’s rums, done by the talented Jim of Jim’ll Paint It.  And yet, he looms larger in memory than in actuality – when you go back and count, there are 33 releases to date and Pete is (to our detriment) only on four — Novo Fogo 1, Diamond 1, Diamond 3, and the relabelled Bellevue.

Well, our loss. Those pictures are bright, well done, artistically impressive and display a sly sense of humour (whether or not Pete is included), and remind me somewhat of the works of Michael Godard or Cassius Coolidge.  This one represents the Casa Santana bodega of Baranquilla, Colombia (they supplied the rum directly, though they are not a distillery), which in this instance has blended together rums from multi-column stills in Venezuela, Panama and Colombia (no proportions given).  The FB page says it’s been entirely aged “at source” but since that’s confusing, I checked and it was new-make spirit brought into the country, blended and aged in Colombia, and released at 58.4%. Outturn is quite large, 3,766 bottles.

Right, all that out of the way, what’s it like?  To smell, surprisingly…gentle, even at that strength. Firm yes, I just expected something sharper and more pissed off. It’s got really soft brown flavours, to me – chocolate, freshly ground coffee beans, toffee, ginger and a nice touch of salted caramel and cloves.  There’s some coconut shavings, tea, vanilla and molasses in the background, just not much, and overall smells creamy rather than tart or spicy.

The palate is where most of the action occurs on this rum (sometimes the reverse is true).  There’s that smooth, warm coffee, and chocolate note again, caramel, raisins, molasses, honey, as well as brine and olives.  The balancing off of these musky, deep flavours with something sharper and crisper is not well achieved – one can sense some vanilla, ginger, brine, but a more delicate floral or citrus note is absent (or ducking), and instead we get spicy tannic hint that perhaps was deemed sufficient. I should mention the finish, which is medium-long, spicy, redolent of nutmeg, cinnamon, vanilla and salted caramel, with a touch of rubber more felt than actually experienced…but nice anyway. 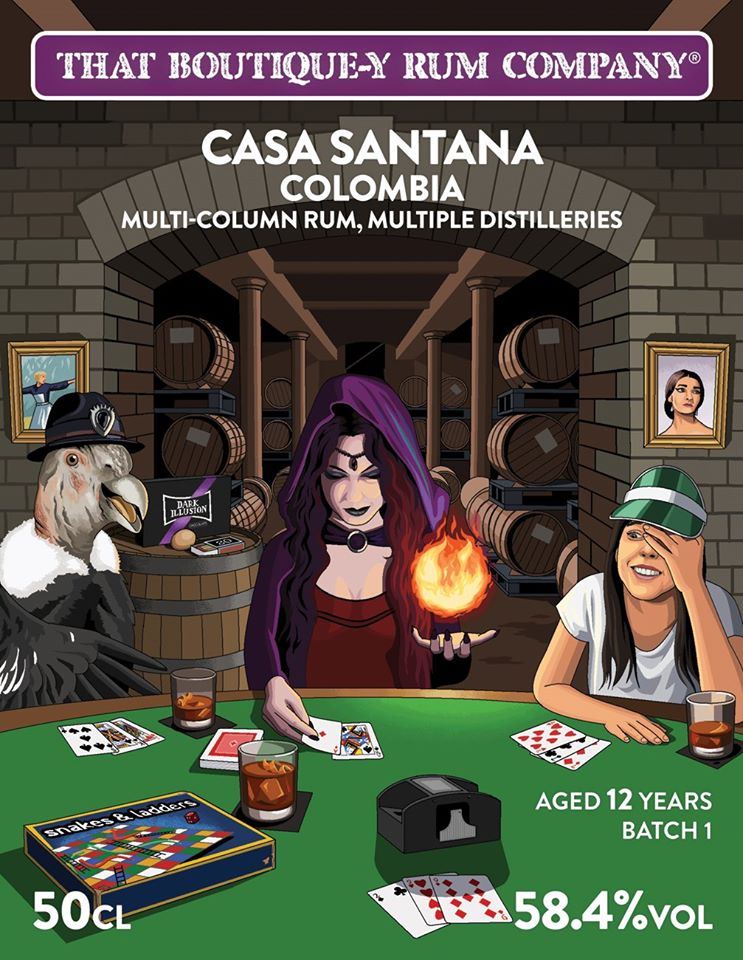 The literature remarks that there are no additives and the rum is not particularly sweet.  But it is gentle and creamy and tastes that way. I thought it was, on balance, okay, but not particularly challenging or original — an observation that attends many South American rums I have tried over the last years, irrespective of the stills they come off of. Nicolai Wachmann, my friend the Danish rum-ninja who was with me when I tried it, remarked it was “Too closed,” and what he meant by that was that you felt there was more…but never got the payoff, it hid itself a little too well, never came out and engaged with you the way a top-end rum would.  As an after-dinner digestif, this thing is pretty good, just unaggressive — and escapes being called placid by the firmness of its strength and the pleasantness of the experience.  As a rum an aficionado would cherish? … not so much.

One Response to “That Boutique-y Rum Co. Casa Santana 12 YO Colombia Rum – Review”