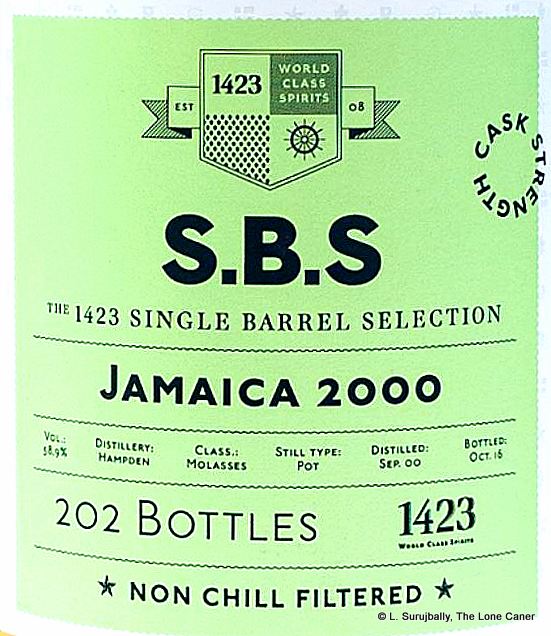 2016 seems like such a long time ago with respect to Hampden rums. Back then we got them in dribs and drabs, from scotch whisky makers (who could rarely be bothered to mention the distillery) and the occasional indie bottler like Berry Bros. & Rudd, Compagnie des Indes, Rom Deluxe, Renegade or Murray McDavid. That all changed in 2018 when Velier concluded a deal to be their worldwide distributor and the PR machine roared into overdrive. Since then, Hampden has become one of the boutique rums du jour, and they sell out almost as fast as the Foursquare ECS rums.

Back in 2016, though, this wasn’t a foregone conclusion. Hampden was known to the cognoscenti of course, those superdorks who paid close attention to the indie scene, knew their Caribbean distilleries cold and bought everything they could…but not many others from the larger mass market cared enough about it; and anyway, supplies were always low. The distillery was ageing its own stock and continued to sell bulk abroad, so most independents sourced from Europe. That’s how SBS, the geek-run rum arm of the Danish distribution partnership 1423, picked up this barrel.

SBS itself was only created in 2015, seven years after its parent came into being, to cater to the boys’ fascination and love for pure rums. Their business had gone well by this time and they decided to branch out into their first love – “our core DNA,” as Joshua Singh remarked to me – single barrel rums. And they picked up this continentally aged rum which had been distilled in Hampden’s pot still in September 2000 and bottled it in October 2016 in time for the European festival circuit, which is where my rum tooth fair Nicolai Wachmann picked it up and passed some on to me. 202 bottles of this 16 year old rum came out of the barrel and was left as is, at a cask strength of 58.9%. 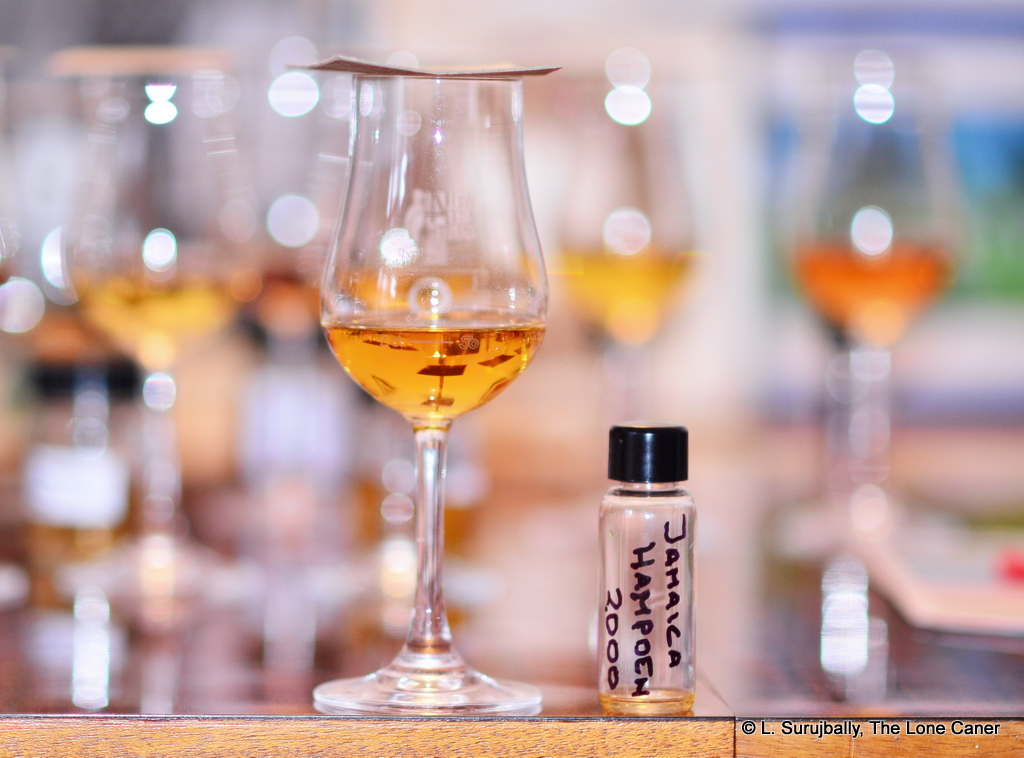 Clearly, with the explosion of interest in both the SBS range and Hampden over the years, this is something of a find. It’s quite rare, seems to be relatively unknown, and has only turned up once at auction that I could find, and fetched a cool £150 when it did. But when I tasted it, I thought to myself that these guys knew their sh*t, and chose well. Consider the opening salvo of the nose – it felt like the Savanna 10YO HERR all over again (and that’s a serious compliment). It had esters puffing and squirting in all directions, very light and clean. A warm exhalation of rubber on a hot day, dunder and funk, formed a bed upon which sparkling notes of red currants, strawberries, crisp yellow mangoes, unsweetened yoghurt and over-sweet bubble gum competed for attention. It had that kind of cloying sweet to it, leavened with some sharper brine and olives and rye bread left to go bad and was the diametrical opposite of the rather dour and dark Caronis or PM Demeraras.

It was, however, on the plate, that it shone. This was a rum to savour, to enjoy, to treasure. It was a solid, serious rum of surprising complexity: just shy of hot, tasting of brine, avocados, kräuterquark, salt crackers, interspersed with pineapple slices, kiwi fruits and the tartness of unripe peaches and more mangoes. There was a wisp of vanilla in there, some faint white chocolate and nuts and caramel ice cream that somehow stopped just short of softening things too much, and allowed the crisp tartness to remain. As for the finish, it didn’t falter – it was long and hot (in a good way), and reminded me again of the HERR, though perhaps it was a shade deeper, tasting nicely of salted caramel, bananas, pineapples, fanta, cinnamon and lemon peel.

In short, quite a serious all-round rum, not quite so savage as to scare anyone away, while powerful enough to distinguish it from standard strength rums aimed at the larger non-expert rum drinking audience. 58.9% is a near perfect strength for it, permitting full enjoyment of the nuances without any pain. Could it be mixed? Probably…though I wouldn’t. Hampden has always managed to produce rums that — whether aged in Jamaica or in Europe — set the bar a bit higher than most others; and though nobody comes right out and says so, part of the attraction of a rum so bursting with flavours is to have it neat and wring every tasting detail from every drop. This is the way most people speak of Hampden rums now that Velier is distributing them, but it was no less true in 2016. 1423 sure picked a winner that year.