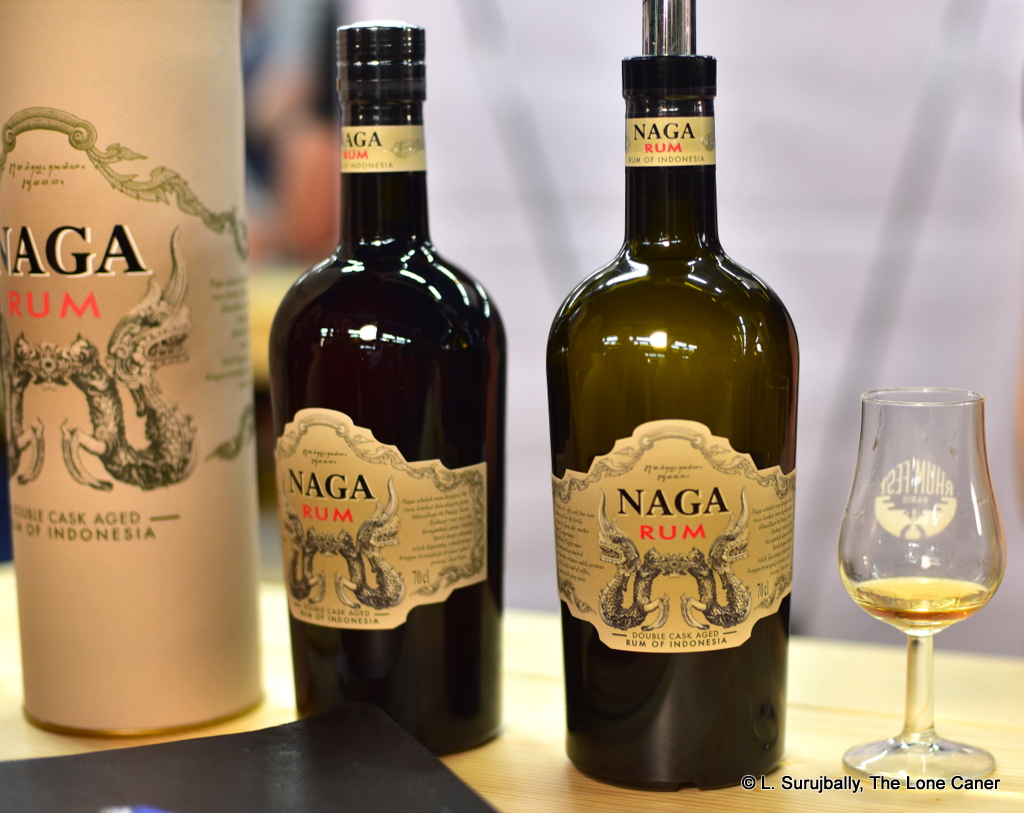 The Naga double-cask aged rum is part of the company’s standard lineup without any fancy whistles and bells, and when you nose it, you get a sensory impression both hauntingly familiar and obscurely strange. Even dialled-down and wispy as it is, it reminds one of chocolate, very ripe dark cherries, Fanta, sweet caramel, bonbons, and delicate perfumed flowers; and it’s the extras beneath all that which add piquancy and puzzlement: white pepper, a foamy Guinness stout, and a gamey, meaty smell which is fortunately quite faint.

The rum, bottled at 40%, exists outside the comforting confines of the Caribbean and gently charts its own course, which may account for its subtle oddity. Part of that is how it’s made: from molasses, yes, but fermented using yeast made from malted Javanese red rice. And while the rum is a blend of both pot and column still distillates made in all the usual ways, it is aged for a period in casks made from type of teak called jatti, and the remainder in bourbon casks – but alas, at this point I don’t know how much ageing in either or in total. 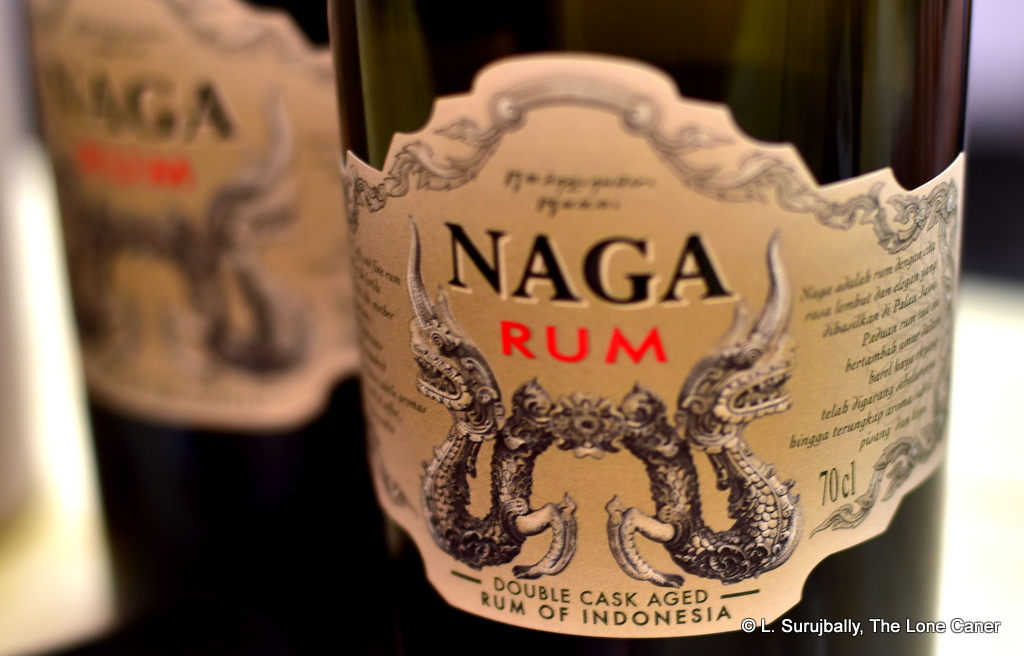 This process provides a tasting profile that reminds me of nothing so much than a slightly addled wooden still-rum from El Dorado: it’s sweet, feels the slightest bit sticky, and has strong notes of dark fruits, red licorice, plums, raisins and an almond chocolate bar gone soft in the heat. There’s other stuff in there as well – some caramel, vanilla, pepper again, light orange peel, but overall the whole thing is not particularly complex, and it ambles easily towards a short and gentle finish of no particular distinction that pretty much displays some dark fruit, caramel, anise and molasses, and that’s about it.

Naga is a rum company from Indonesia that was formed around 2016 by (you guessed it) another one of those roving French spirits-loving entrepreneurs, and from the lack of distillation facilities on its FB page, the constant switching around of labels and names for its rums on its website, I think it probably works a bit like Rhum Island, sourcing its distillate from another company, and adjusts swiftly to the market to tweak blends and titles to be more attractive to customers. I have queries outstanding to them about their production details and historical background so there’s not much to go on right now, and this rum may already be called something else, since it is not on their web listing. 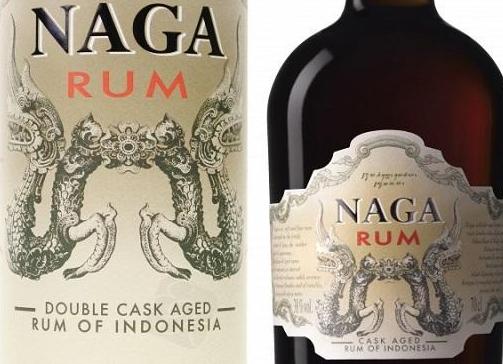 So, until we know more, focus on the rum itself. It’s quiet and gentle and some cask strength lovers might say – not without justification – that it’s insipid. It has some good tastes, simple but okay, and hews to a profile with which we’re not entirely unfamiliar. It has a few off notes and a peculiar substrate of something different, which is a good thing. So in the end, recognizably a product you know, recognizably a rum, but…not entirely. That doesn’t make it bad, just its own drink. “It’s a rum,” you write in your notebook, and then words run out; so you try some more to help yourself out, and you’ll likely still be searching for words to describe it properly by the time you realize with some surprise that the glass is empty. It’s weird how that happens.