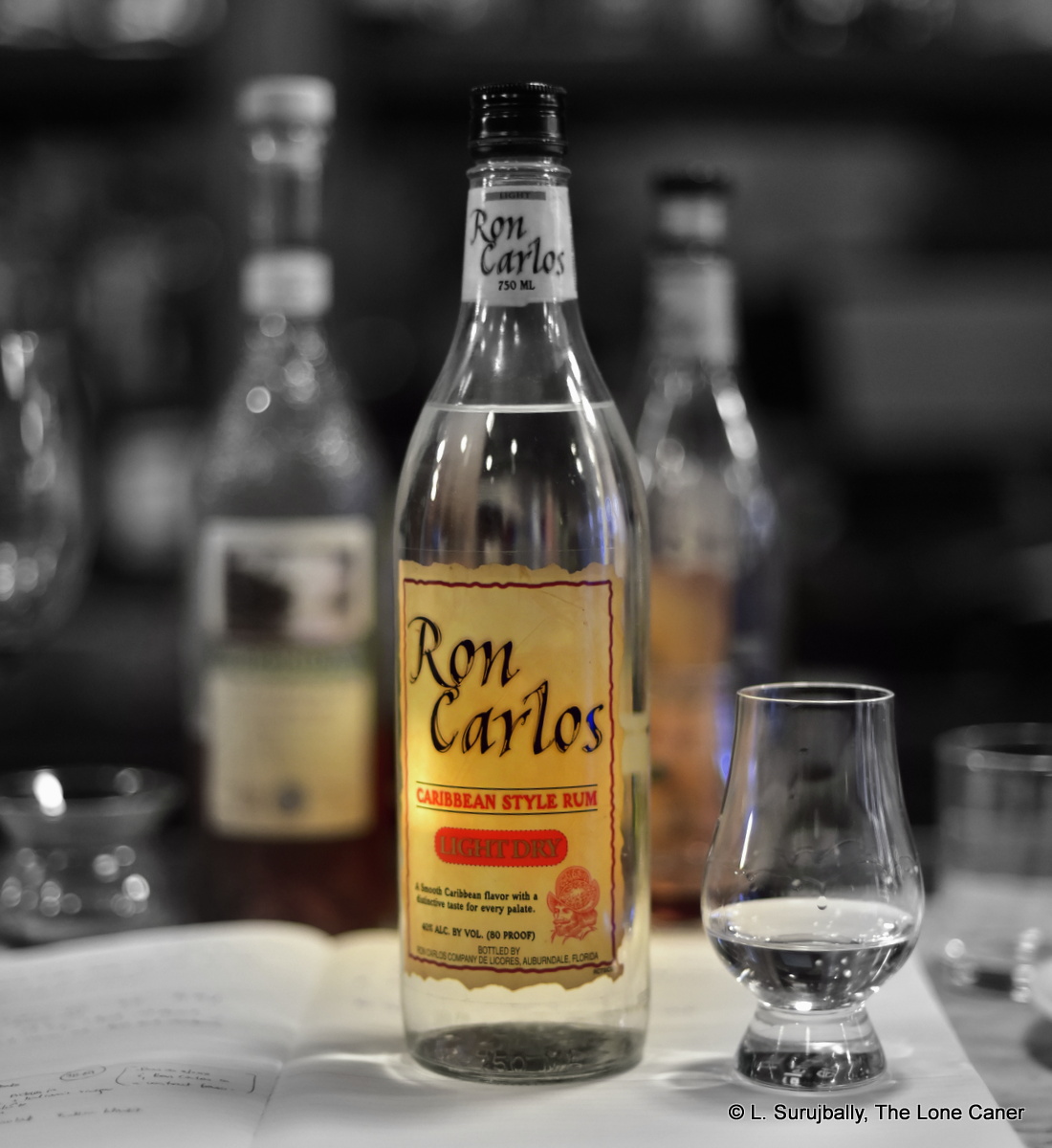 Last time ‘round we looked at the Ron Carlos Caribbean Style Rum “Black”, which I dismissed with a snort of derision – it was too simple, too weak, and had nothing of any substance to really recommend it, unless all you were looking for is a jolt of something alcoholic in your coffee (and were curious about who Carlos was). It’s not often I find a product about which I can find almost nothing good to say except that “It’s a rum.” Here’s one made by the same company as the Black, in the same aggressive we-aim-for-the-low bar vein, and if you can believe it, it has even less character than its brown sibling. There are days I weep for the species.

Briefly: this is another rum from Florida Caribbean Distillers, which have several distilleries under their portfolio, sell bulk rums and neutral alcohol around the world, and have a large portfolio of low tier spirits for supermarkets, cruise ships, duty free shops and non-discriminating consumers. It’s column distilled, filtered and meant to take on the Bacardi Superior (yeah, good luck) – I’ve been unable to ascertain if it was aged, but I suspect it has, just to take off some of the rough edges, though they could just as easily have tarted it up some for the same effect.

Anyway, I ran it into my glass at a bar in Toronto — where I traded one of my gems to the cheerfully helpful and knowledgeable bartender, for some ten or so glasses of stuff I was curious about in the other direction (he could not believe some of the cheapos I was asking to try) — and this was quite the epic fail. It smelled of ethanol and vanilla on the open – how’s that for a poor start? – light brine, bananas, and very little fruitiness of any kind aside from the dream of some poor citrus that wandered in and got lost. Sugar water and watermelon could be discerned, and there was a cold and harsh metallic note in there, that was like licking a penny and about as pleasant. 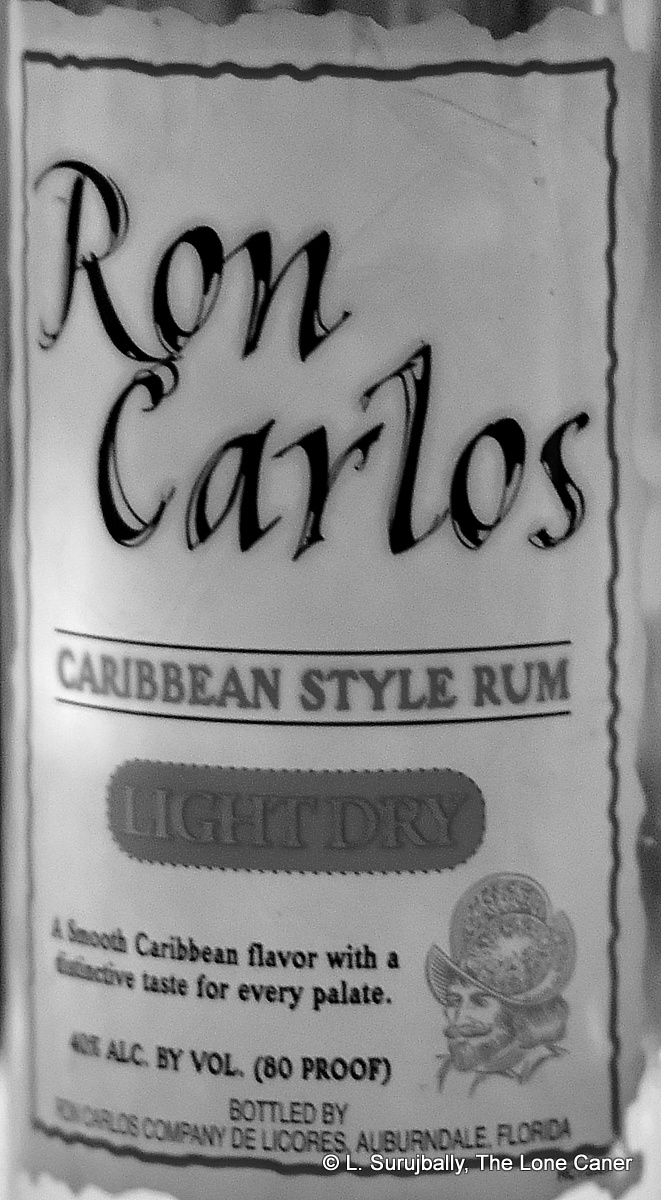 The rum was standard strength (40%), so it came as little surprise that the palate was very light, verging on airy – one burp and it was gone forever. Faintly sweet, smooth, warm, vaguely fruity, and again those minerally metallic notes could be sensed, reminding me of an empty tin can that once held peaches in syrup and had been left to dry. Further notes of vanilla, a single cherry and that was that, closing up shop with a finish that breathed once and died on the floor. No, really, that was it.

I am not, thus far, a fan of anything FCD have created (Noxx and Dunn 2-4-5 succeeded because single individuals with some experience and love for the subject were involved, I suggest, as they were not on Ron Carlos). You can excuse it all you want by saying it’s meant to be a low rent mixer, but when I can easily find an unaged white rum with ten times more character which would wake up – nay, turbo-charge – any cocktail I want to chuck it in, and at around the same price point…well, the argument falls down for me. I could pay twice as much for one of those and still get a better drink, a more enjoyable experience.

Of course, in this line of “work” I’ve tried a lot of white rums. Aged, unaged, filtered, pure, dosed, mixers, neaters, overproofs, underproofs, popskulls and smoothies, I’ve tried them from just about everywhere, made in all kinds of ways. Few strike me as unexciting as this one, or made with such indifference, with such rankly pecuniary motives. The Ron Carlos Caribbean Style Light Dry rum is so paper thin, so flat, so devoid of character or flair, or of anything that might make us want to drink it, it might as well be transparent. Oh wait, hang on a minute….