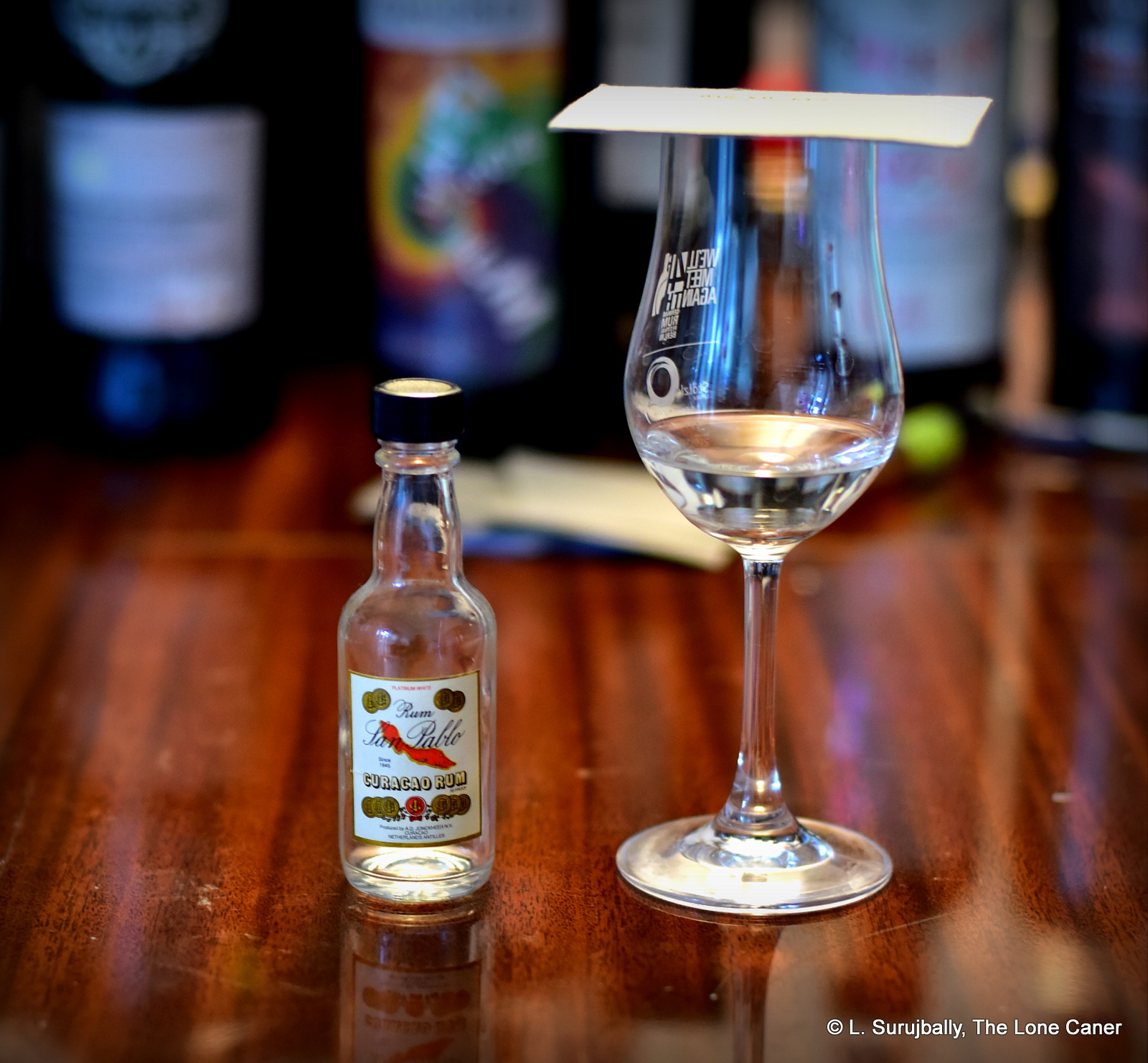 All right so that’s a bit of poetic license, but in my youth, it really was like that up and down the coasts and the banks of the Demerara, and the only difference with any of the Caribbean islands might have been the rums. Guyana preferred the amusingly named Superior High Wine (three lies in one), in Jamaica it would be J. Wray 63% white (what else could it be?), Grenada would have gone maybe for Rivers, or Clarke’s white – and in Curacao, it’s not a stretch to think of the rum of choice being the low-strength “Platinum White” from San Pablo. The cars, rumshops, and dominos (maybe even the cricket convo) would probably remain the same all over, though.

The San Pablo rums may indeed be the most popular brand in Curacao as they claim, but to a beady eyed rum junkie, or one raised on more feral blanc sarissas, their Platinum White is mild cheese indeed, milder even than the Gold rum that is its closest sibling, and that one had all the aggro of a somnolent keebler elf. It is also 40% ABV, and while their website says almost nothing about the production methodology, I’m going to go out on a limb and say that (a) it’s a column still distillate and (b) it’s been aged just a bit before being filtered through charcoal to remove any residual colour…which implies it may actually be the gold itself, minus the brown. 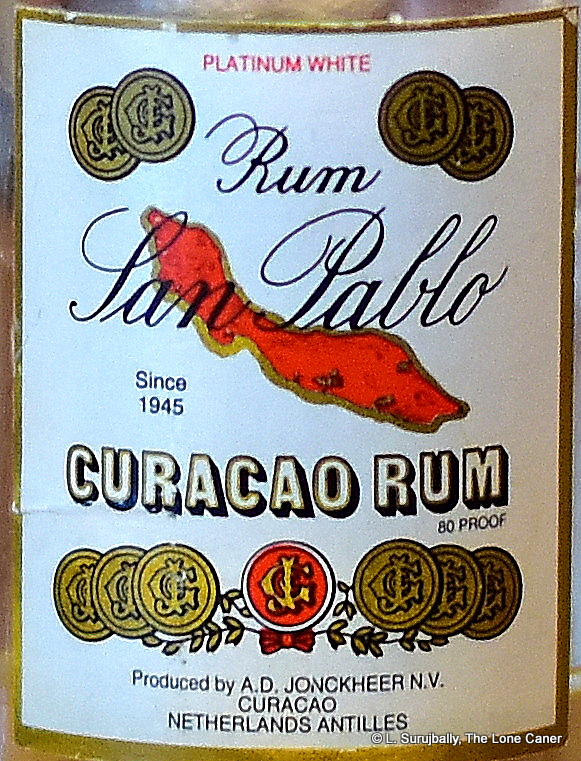 And that creates a rum of uncommon docility. In fact, it’s close to being the cheshire cat of rums, so vaguely does it present itself. The soft silky nose was a watery insignificant blend of faint nothingness. Sugar water – faint; cucumbers – faint; cane juice – faint; citrus zest – faint (in fact here I suspect the lemon was merely waved rather gravely over the barrels before being thrown away); some cumin, and it’s possible that some molasses zipped past my nose, too fast to be appreciated.

Taste? Nope, no joy there either. It’s warm with the faint prickliness of alcohol, and the flavours were again were tranquil, quiet and inoffensive – almost unnoticeable. Sugar water, some cane juice, pears, a curl of lemon rind, cumin, and again that curious and meek sense of molasses which never quite came out and announced itself. And the finish? Nothing there, largely because it was over so quickly that there was no time to sense much behind the diffident sugar water and cucumbers

If one has tried nothing but 40% rums one’s entire life, this may work out better, I suppose. It doesn’t for me. My personal issue is that the column still light distillate, the standard strength and the filtration eviscerate the most vital and living portions of the rum. I am not demanding a pot still, unaged and unfiltered product (thought they could certainly do worse), just a slightly stronger rum with more character. The Platinum White is made to be, and should be, drunk in a mix of some kind; it may be unfair of me to judge it by more stringent standards such as that of asking that it stand by itself without adornment in a cocktail, but I’ve had better 40% column-still, filtered whites, and feel that for all its uniqueness at being from Curaçao (how many of us can say we’ve had a rum from there, right?), it missed an opportunity to make itself a one-of-a-kind little rumlet with its own profile and character. A rum which would be gunned down by tourist and local and rumgeek with equal joy and appreciation, over dominos and heated cuss-up in a quiet rumshop somewhere…and a reputation that would be as eagerly sought out as a Rivers, a High Wine or a J. Wray 63%.