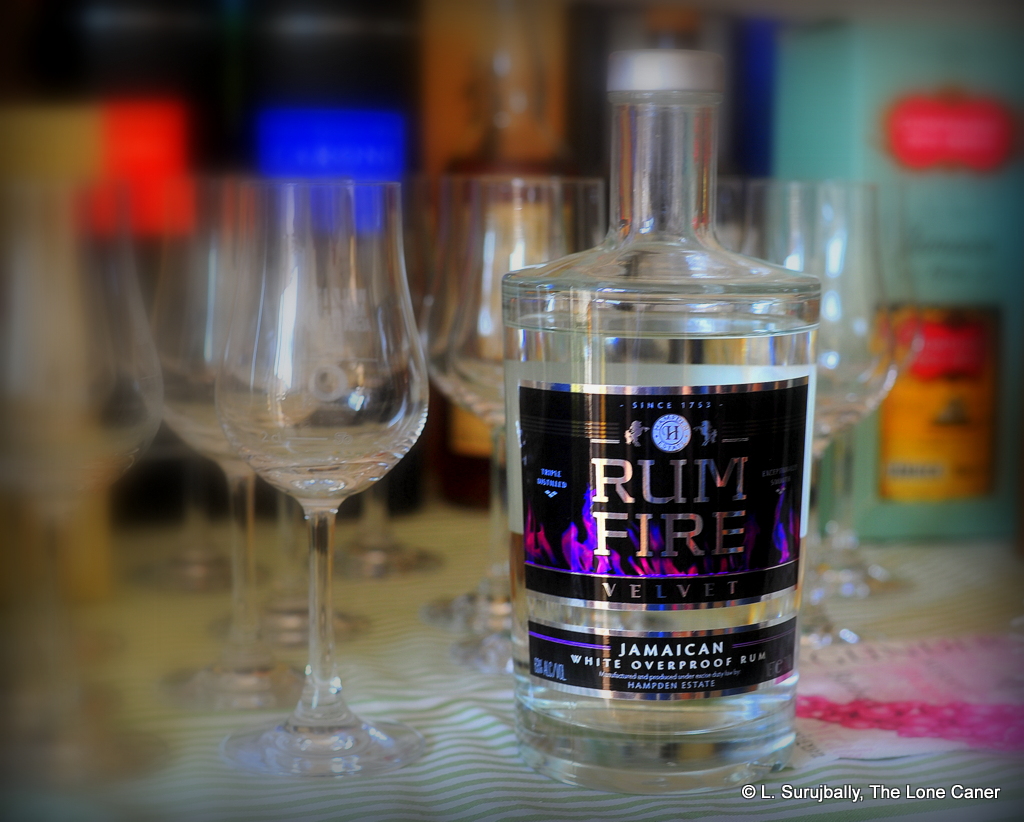 If I didn’t know better, I’d almost suggest this was a clairin. It was so potent and pungent, so powerful in taste and profile, that I had to double up the amount of controls I was tasting it with, just to make sure it really was a Jamaican rum and not some uncured white lightning out of Haiti. If you ever thought that Jamaicans were getting too easy, or you were getting bored with the regular run of Appletons, allow me to recommend (cautiously) this amazing white popskull from Hampden estate, which was gifted to me by Gregers and Henrik in the 2015 ‘Caner Afterparty, just so they could see my eyes water and my palate disappear while they laughed themselves silly.

Can’t say I blame them. Now, you would imagine that when a bunch of us grog-blog boyos get together, it’s a genteel sort of affair in a discreet private club, brogues and black tie in evidence as we dignifiedly pass glasses around, and reverently open bottles like the Longpond 1941 or a Trois Rivieres 1975 while making sober and snooty judgements in hushed tones about nose and palate and so on. Yeah…but no. What actually goes on is that a pack of noisy, rowdy, scruffy reviewers from all points of the compass descends on a dingy apartment, each loudly and aggressively shoving their newest acquisitions onto the table, demanding they be opened and tried (twice!), and a sort of cheerful one-upmanship is the name of the game. Quality doesn’t come into it, shock value does, and boy oh boy, did they ever succeed in taking the crown on this one. 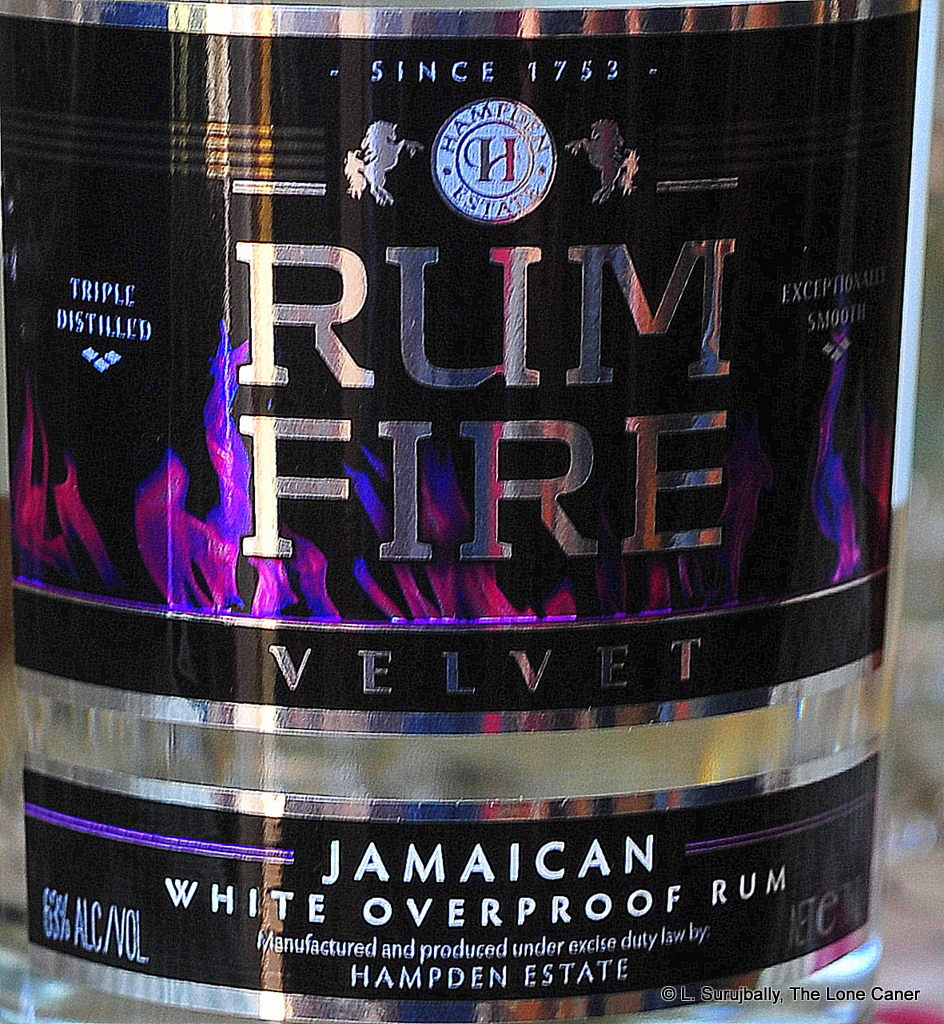 I mean, just sniff this rum. Go on, I dare ya. It was a 63% ABV salt-and-petrol concussive blast right away. Forget about letting it breathe, it didn’t need that: it exploded out of the starting blocks like my wife spotting a 90%-off sale, and the immediate pungency of fusel oils, brine, beeswax, rotten fruit, wet cardboard, and sausages frying on a stinky gas fire took my schnozz by storm and never let go. Merde, but this was one hot piece of work. Frankly, it reminded me of the JB Trelawny rum and Appleton’s own Overproof, also bottled at 63%, and oddly, of the Sajous. I immediately added a few clairins to the Jamaican controls on the table, and yes, there were discernible differences, though both shared some emergent flavours of sugar water and pickled gherkins and maybe some sweeter red olives – and the tartness of green apples and a bit of lemon. But as for any kind of “standard” profile? Not really. It was having too much fun going its own way and punching me in the face, and represented Hampden in fine style.

Oh and this was not limited to the nose. Tasting it was as exhilarating as skydiving with a parachute your ex-girlfriend just packed. Again, the first impression was one of sharp heat (warning – trying this with your cigar going in the other side of your mouth is not recommended), and then there was a curious left turn into what was almost agricole territory – watermelon, flowers, sugar water, as hot and crisp and creamy as a freshly baked Danish cookie. It was only after adding some water that a more ‘Jamaican’ set of notes came out to grab the brass ring – more olives, salted avocados and overripe fruit, wax, some very faint floor polish, tied together with the tiniest hint of citrus, vanilla and leather, before it all dissipated into a lovely, long, warm finish that coughed up some closing notes of sweet soya and teriyaki before finally, finally, passing into the great beyond of boring tasting notes in a notebook.

Whew! This was a hell of a rum. I apologize in advance for sounding elitist, but really, the regular run of rum drinkers should approach this rum with some caution, or water it down or push it into a mix, lest it colour one’s perception of unaged white hooch forever. I have a feeling it was made to appeal to those who want vibrant, pot-still full-proofs with real edge and a ginormous series of hot-snot flavour notes that take a smart right turn from reality. Yes, of course it’ll make a cocktail that would stop just short of self-combustion (and there might lie its mainstream appeal rather than for masochistic nutcases who proudly drink it neat), but I submit that for the adventurous among you, taking it by itself is quite some experience, one that should not be missed. It’s hot, it’s massive, it’s tasty, and for sure the makers weren’t kidding when they put the word “fire” in the title. If the amount of amazed and joyful expletives (in seven languages) during a tasting is a measure of a rum’s appeal, then this one has to be one of the funnest, craziest rums I’ve sampled in quite some time, and I recall it with great fondness even after all this time.