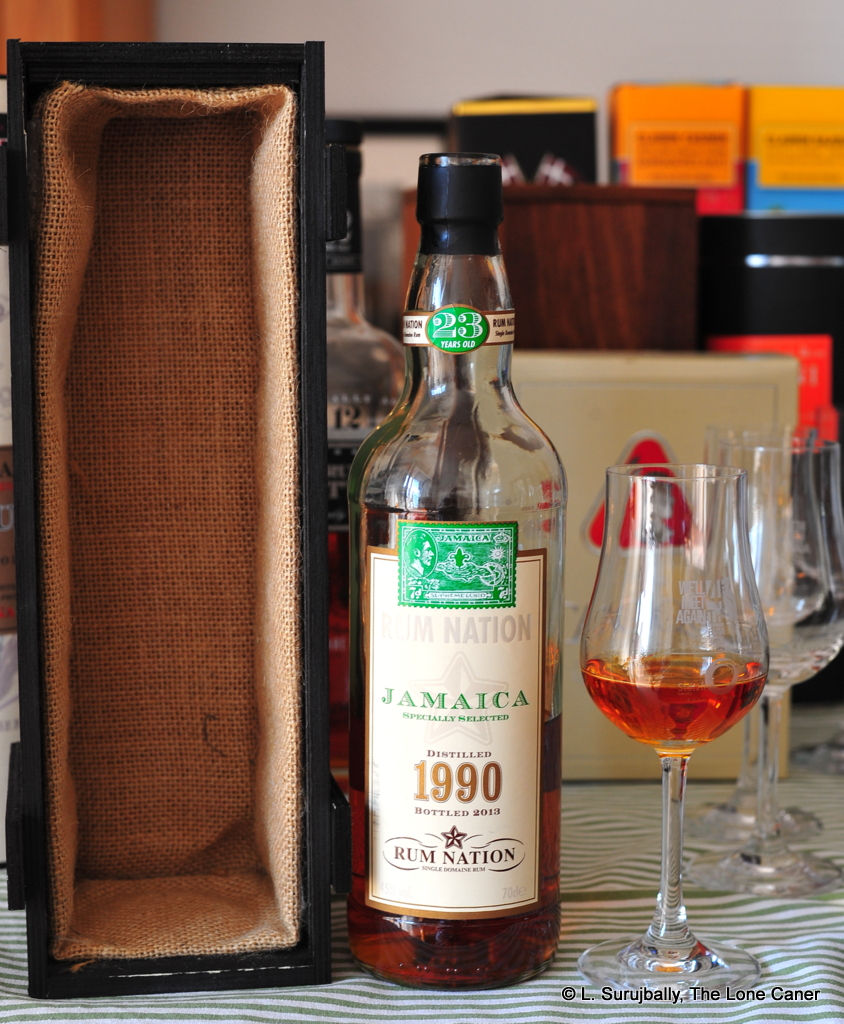 We should be grateful that some makers still have sufficient stocks to permit the issuance of rums old enough to vote – we sure won’t see many of them much longer. This one does fans of the Jamaican rums no dishonour – it’s great.

By now, after recommending them for many years, there is nothing new I can really add to Rum Nation’s company bio that isn’t already there. They’re not innovative – or “limited edition” – in the same sense that CDI or Velier or even EKTE is, but they are very consistent in their own way and according to their own philosophy, and I’ve liked them enormously since 2011 when I first ran across their products and bought just about the entire 2010 release line at once. Almost always good, always adding a little bit here and a little bit there to tweak things a bit (like the Panama being changed to an 18 year solera, the new bottle design from 2014), and incrementally improving every year (moving slowly to higher proof points, the Jamaican 57% white and those amazing twenty-plus-year-old Demerara and Jamaica rums). They catch a lot of heat for their practise of adding sugar (sometimes it’s actually caramel but never mind) to their lower- and mid-level rums (the Millonario XO in particular comes in for serious hate mail). However this Jamaican SL VII has no such inclusions and is pretty much unmessed with, so rest easy ye puritans, and on we go.

Some details: this is a pot still rum, from Hampden estate, which is rapidly turning into one of my favourite Jamaican estates, like PM is for the Demeraras. It was distilled in 1990 and poured into 822 bottles in 2013 at a not-quite-so-spectacular 45%, after slumbering for almost twelve years in Jamaica (in ex-bourbon American oak barrels), before finishing the ageing regime in the UK. 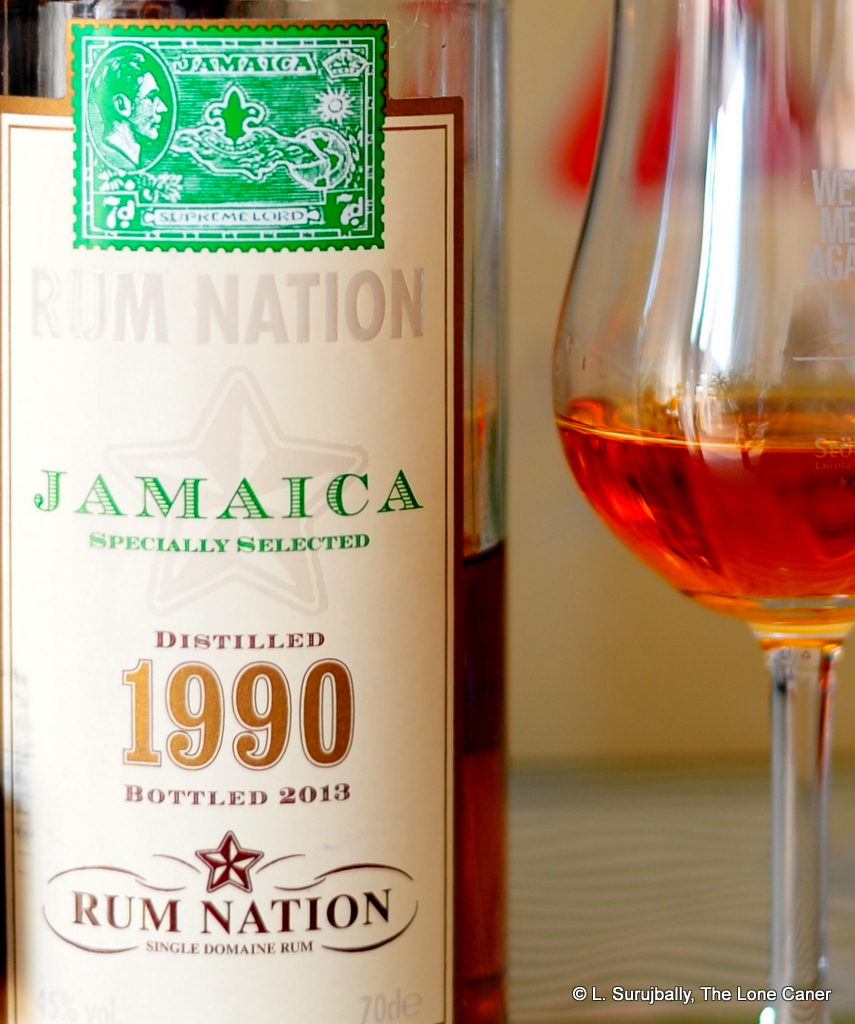 There was no divergence on the taste, as I’ve sometimes noted with Jamaicans, and the palate followed smoothly on from what was smelled. Smooth and warm – yes, 45% could be improved on, but I can find little fault with what has been accomplished here. Quite fruity, acetone-like and estery, but also competing briny notes were in the mix. Citrus, sherry, the glue of an UHU stick, then cherries and very ripe apples on the verge of going bad. It tasted remarkably clear and crisp, with the funk being held at bay while never entirely disappearing. That might actually be to its detriment, because we look for a Jamaican profile, and it’s there, just not as in-your-face as we are led to expect by other independent bottlers who have no time for subtlety and smack you in the head with it. Finish is warm, remarkably long for that strength, with closing aromas of glue, sweet soya, a sort of mash-up of fleshy fruits, all leavened with a sly, crisp citrusy note that brings it all to a lovely close. Overall, it’s a lovely and approachable rum that many, beginners and aficionados alike, will savour, I think.

Rum Nation’s marketing is quite canny. Unlike the smaller independent bottlers, they don’t just do a single barrel – for them that’s too limiting. They do two and three and four or more at a time, which permits correspondingly greater volumes (usually in the low thousands of bottles, sometimes more, sometimes less). And they issue their high-end rums — of which this is assuredly one — at an ABV that’s more than the 40% which is practically a North American standard, but less than some raging full proof number that alienates (scares off?) all but the hard core. What that leaves us with is a relatively affordable, very accessible 23 year old rum of just under a thousand bottles, issued at a decent strength, and quality not to be sneezed at. For ensuring that sales and availability and appreciation go hand in hand, that four-way combo is a tough one to beat. This is a rum worth getting, and the great thing is, you still can..