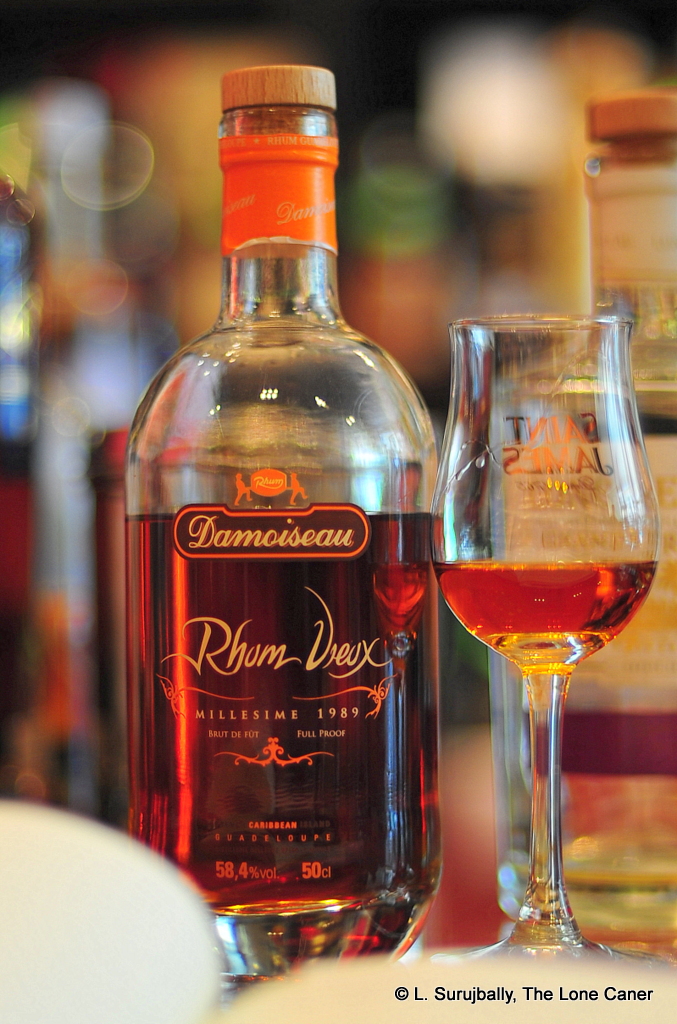 Last week I wrote about the Longueteau Grande Reserve which I tasted in tandem with this excellent Damoiseau (and five or six others), and wow, did this one ever stand out. At the risk of offending that actually rather pleasant and inoffensive Grande Reserve, I think the Damoiseau shows what it could have been with some egging on. (Actually, this is what the Pyrat’s XO could have been had they ever found their cojones, lost the oranges and dialled the whole thing up to “12”, but never mind).

Consider first the smell of the thing: it was amazingly full bodied, with a charging, yelling, joyous nose – if Braveheart ever visited Guadeloupe, it’s this he would have been drinking and all the Scots would be speaking creole and we’d never have heard of that obscure Hebridean tipple. Candied light oranges started the revels off (here’s where my reference to the Pyrat’s came in – observe the tact with which the citrus was presented here versus the overripe nonsense Patron has been selling). Peaches, apricots, and brown sugar soaked in lime juice, which sounds a little loopy until you actually taste it. And after letting the rhum open up a bit and settle down, lovely aromas of honey, licorice and sweet soya came forward to lend piquancy and heft to the experience. 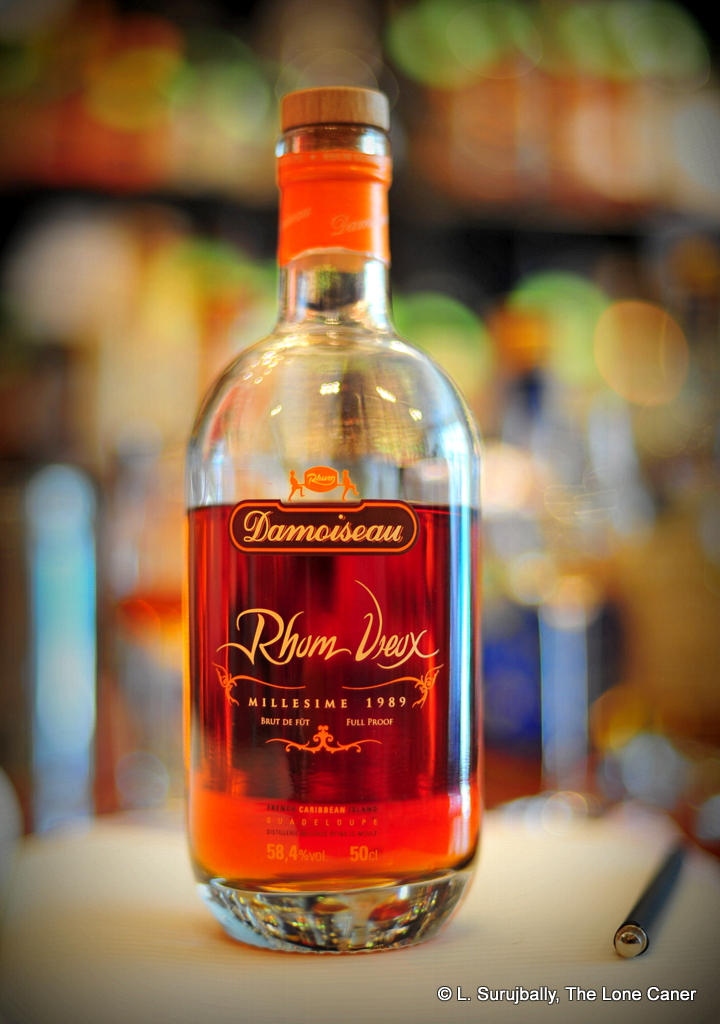 There were fond memories of other agricoles issued at cask strength in my tasting, and I felt no particular amped-up over-aggressive heat from the 58.4% ABV at which it was bottled. The sharpness burned off in no time, leaving a warm solidity of the honey and soya to carry forward from the nose. And then it was like slow fireworks going off – strongly heated black tea, coffee, chocolate, earthy, waxy and citrus notes detonated on the tongue in solemn grandeur. Some fleshy fruits (more apricots and peaches), lemon zest and yes, those candied oranges were back again for an encore, dancing around the backbone of the other, firmer notes. The control of the oak, by the way, was pretty good, and in no way intrusive – at most there was some background of vanilla and vague tannins, and even that was in no way offensive or overbearing.

I was looking for the herbal and grassy profile of a true agricole, and must confess there were just about none. It was just a really well-constructed panoply of tastes both strong and subtle, leading into a slow, warm finish as post-coital languor in a courtesan’s boudoir – you almost want to break out the newspapers and some shag for your pipe as you enjoy long, pleasant closing notes of coffee, orange peel, and bitter black chocolate. What a lovely piece of work indeed.

As I’ve observed before, I have a slight, sneaking preference for Guadeloupe agricoles over Martinique ones (though both are good, of course – it’s like asking me who I love more, Little Caner (my fast-growing cheeky son) or Canerette (my just-graduated, far-too-clever daughter)…a pointless exercise since both have aspects of real distinction which get equal adoration from their papa). I must simply sum up by stating that the way traditional, classic agricole components in this rum have been melded with something that is almost, but not quite, a molasses product, is masterful. This, for its price, is a rum to treasure.