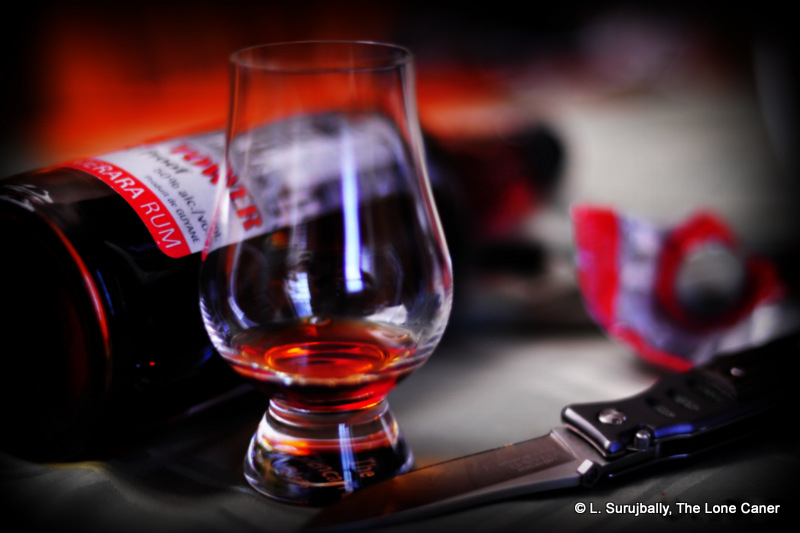 A better than expected, overproof: smoother, tastier, more engaging.  Should be tried neat before you bastardize it with a mix, ’cause it may just surprise you too.

Yeah. Smell that sucker. That whap you feel in your schnozz is a hundred proof hitting you in da face. This is a rum which indulges in a level of unapologetic phallocentrism that would make Ron Jeremy weep with envy This is what they would serve in Buxton’s Tipperary Hall to my squaddies Biggers and Evan, if they could ever get it. I mean, a hundred proof, wow – sure, his is a rum that only now approaches where cask strength whiskies have been for years, but I can tell you, somewhere out there a tractor is feeling inadequate.

Cabot Tower Demerara Rum, made by the Newfoundland & Labrador Liquor Corporation (who I believe are also behind the Young’s Old Sam, Lemon Hart 151 and a few other bottom feeders I enjoy) is named after a tower in St. John’s, Newfoundland and Labrador, situated on Signal Hill (from where Marconi received the first wireless signal from Cornwall, back in 1901). Construction of tower begun in 1898 to commemorate the 400th anniversary of John Cabot’s discovery of Newfoundland, and Queen Victoria’s Diamond Jubilee.  The rum itself uses Demerara rum (age and still, alas, unknown) imported from Guyana, blesses it with druids and then distils it to a yummy cask strength 57.5%. That to many would make it an instant mixing agent, I suppose, but I’ve been on a bit of a cask strength and overproof kick for a while, so indulge me while I urge you to take a second taste.

Nose? Well, it’s certainly more enjoyable than many of the 151 overproofs I review, and the case could be made that when it comes to man-sized rums this one is right up there. Deep, heavy and powerful, yet lacking in serious bite and sting…quite mellow in its own way, hinting of burnt sugar, molasses, caramel, honey, vanilla, with perhaps some chocolate at the back end: and an odd mustiness, like truffles Soft and sweet…not at all the vicious claws one would expect from something this (relatively) strong.

Claws there were indeed, of course, once I actually sipped this bad boy. The body on the Cabot Tower was like an agile baby hippo…heavy, spirited and playful, and also cleaner and clearer than the dark colour and heavy nose might lead you to expect. Dry, a shade sere and not that sweet after all: the vanilla and chocolate take a back seat and I simply noted a spicy sort of brown sugar with some oak making itself felt as well. The fade was excellent, mind, as a result of the extra alcohol (and some nice zesty licorice notes), and I must tell you, after stuffing myself at a neighborhood restaurant that evening, this rum carved its way down and was an excellent way to aid my digestion. Damn right you can drink it neat. It really is a pretty good rum in and of itself. 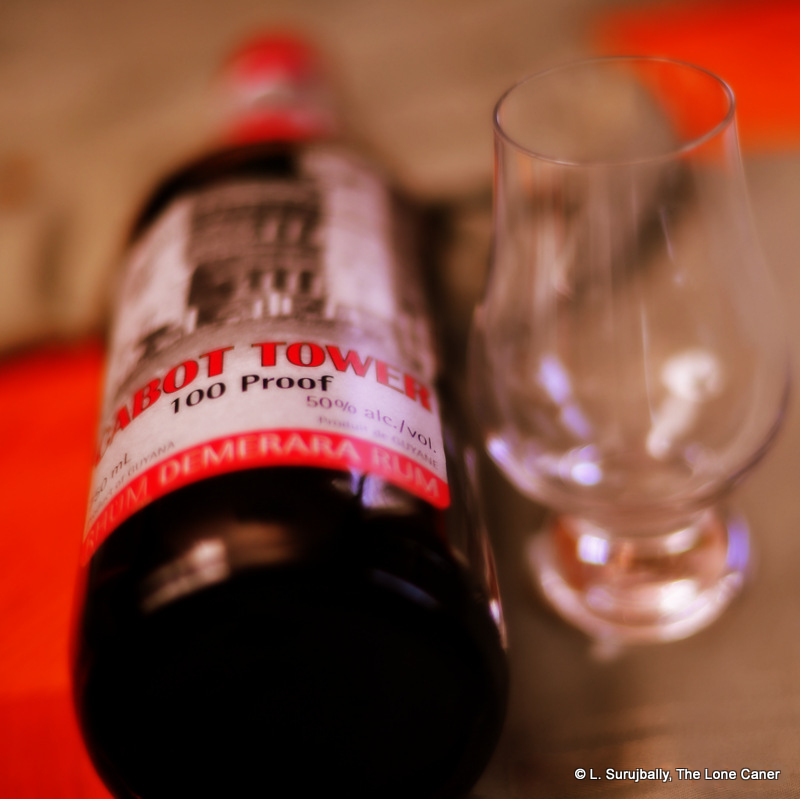 People kind enough to read past reviews posted here know of my sneaking admiration for the Newfie products, and that’s not just because one of my best friends hails from there: Young’s Old Sam and Newfoundland Screech both received nice reviews from me, irrespective of their relatively lacking pedigree (a St Nicholas Abbey 12 year old they are not). I just wish I could find out more about it, because even the NLLC website says nothing about methods of distillation, age or blending, let alone what barrels, if any, they were aged in (sure I can say American whisky barrels, because aren’t they always? …but that just seems like a cheat somehow). Kind of annoying.

Summing up, I liked Cabot Cove rum.  A lot. It somehow managed to overcome the cask strength curse that too often attends overproofs where the only thing you feel is bite, and came up with an impressive marriage of puissance and profile (I wanted to use the word “puissance” just once in my writing, so here you are). I spent almost half my life in the Caribbean, and some of my love for dark rums comes from that experience. Sipping this thoroughly cheerful dark red rum which makes no apologies for being what it is and succeeds beyond expectations, all I can say in my own uninspired way is God bless Newfoundland, praise Jah for rums…and thank the Good Lord for Guyana.