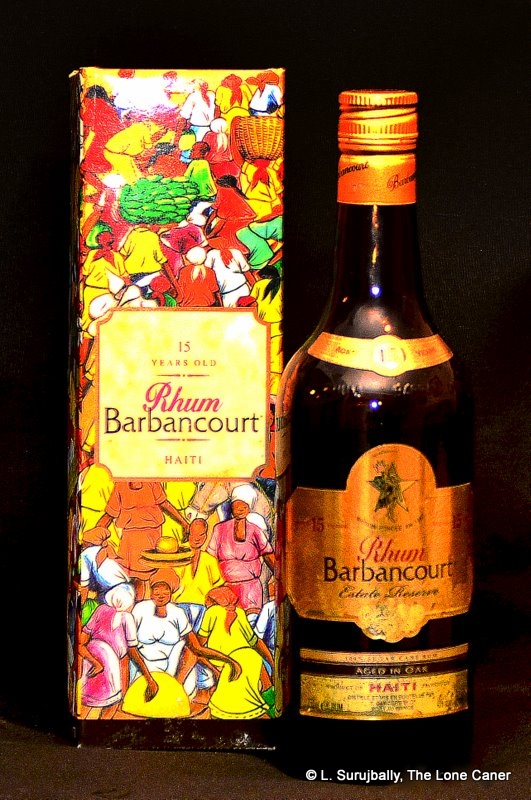 A rum for those who like cognacs and somewhat lighter fare without the heaviness or sweeter full-bodied physiques of the darker variants. Rewards some patience, because it does not reveal its secrets lightly, and will require you to go back to it a few times before appreciating it for what it is: a drink both subtle and supple, spicy and sere. Nice.

These days, if Haiti is known for anything, it’s for its poverty, political strife (and the 2010 earthquake). Rums are almost an afterthought, yet Barbancourt is there, and has been since 1862, and they keep churning out the product, very well known among the cognoscenti. Their double distillation method produces cognac-like rums many consider among the finest in the world (not surprising since old Dupré Barbancourt hailed from the region in France where such spirits mostly originate)

I had previously tried their Barbancourt 8 year old which I found an intriguing essay in the craft, but lacking some of the richness and smoothness I preferred, and listing slightly more towards cognac than a rum (and I’m a middling proponent of cognac). Others of course, love the thing, and esteem it even above the fifteen year old, which was initially reserved just for the founder’s family and entered commercial production in the 1960s.

The 15 is packaged in much the same bottle as the 8, but with a spiffier label. Same cheap tinfoil cap, however: at least it closed tightly. Like the 8, it originated in sugar cane juice, so it was an agricole, not a molasses-based product, even if it lacks the official French AOC designation associated with a terroire which would perhaps grant it more street cred among the snooty.

By the measure of these characteristics, there were certain things I would have expected of this rum: a medium to light body, a less-sweet-than-average palate, and a certain driness to the taste, as well as a complex mingling of tastes and a lingering finish with a bit of claws at the back end. And indeed, the lead-in started well off to confirming this: a spicy nose, somewhat light and flowery, lacking the dark power of, oh, the Pusser’s 15. Some fresh fruit mingled with pecans, a florists shop and (I swear this is true), freshly done laundry. 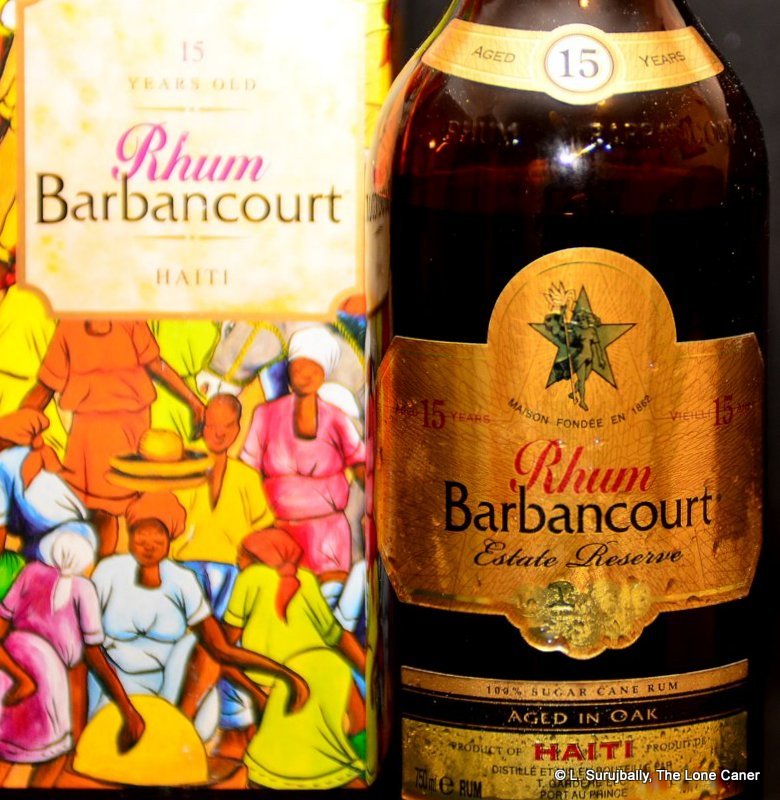 As I suspected the body was not entirely up my street (but then, my street is in Tiger Bay in GT and leads into Buxton, not downtown Port-au-Prince, so draw your own conclusions there): a solid medium corpus – in that sense I would compare it against the Clement Tres Vieux from Martinique, or perhaps one of the middle ranking Colombian Juan Santos rums I admired rather more. Neither was the palate sweet, or even middling sweet: it was quite sere, peppery almost, and once again there are subtler hints than usual of the flavours we seek, like grapefruit, burnt sugar, caramel, and baking spices.

The fade in particular was worthy of mention: long and lasting, releasing notes of citrus, some tannins (not surprising given the lengthy ageing in limousin oak vats) and softer scents like maybe hot damp earth after a rain. Yes, I have to be honest, the thing gave me a bitch slap or two going down, but like the deep carving warmth of a good tea, I liked it for all that

In fine, I was not entirely won over by the Barbancourt 15 year old (no need to call for the headsman’s axe, I’m aware that I’m in a minority), but concede without hesitation that it was not a kick-down-the-door bandit out to relieve you of your valuables…more a sly, subtle thief in the night, with complexities of character that gradually grew on me. And l wasn’t alone – if the measure of the success of a rum is the way the Liquorature crowd lowers the level of any bottle I presented, then this one was close runner up to the Ron Abuelo 12 by being damaged to the tune of over two thirds. That’s a real recommendation by any standard, given that it was done by a bunch of low class whisky lovers. A cognac lover I’m not, and an unabashed Barbancourt fan neither – this rum, however, demanded I pay them a lot more attention.