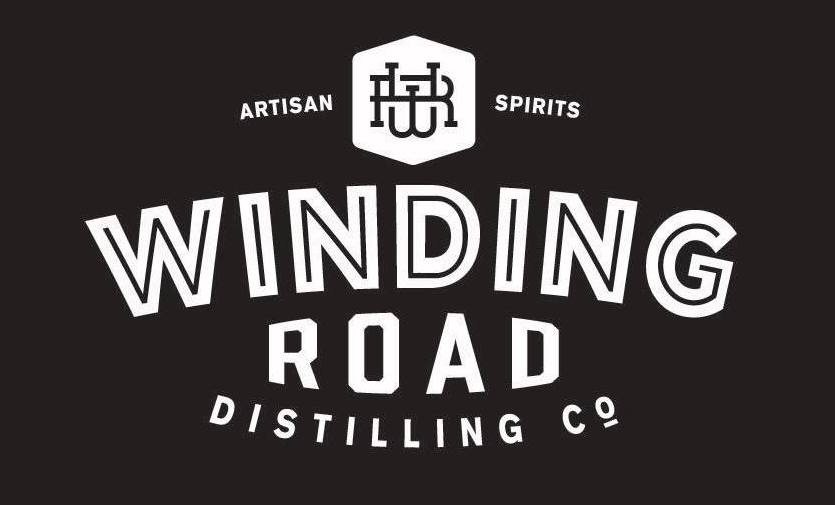 As with most new distilleries in Australia, Winding Road is a family affair located about 175km south of Brisbane, whose antecedents go back as far as 2014 when the husband-and-wife team of Mark and Camille Awad were casting around for something to do which would keep them in the more tourist-centric area of Northern Rivers in New South Wales (rather than moving to a bigger city where professional work was more plentiful). At the time the craft distilling movement had begun but was in its infancy, and being in a sugar cane growing district, having something of an entrepreneurial bent and a love for good spirits, it was one of the few ideas Mark had which the boss (Camille) agreed with. 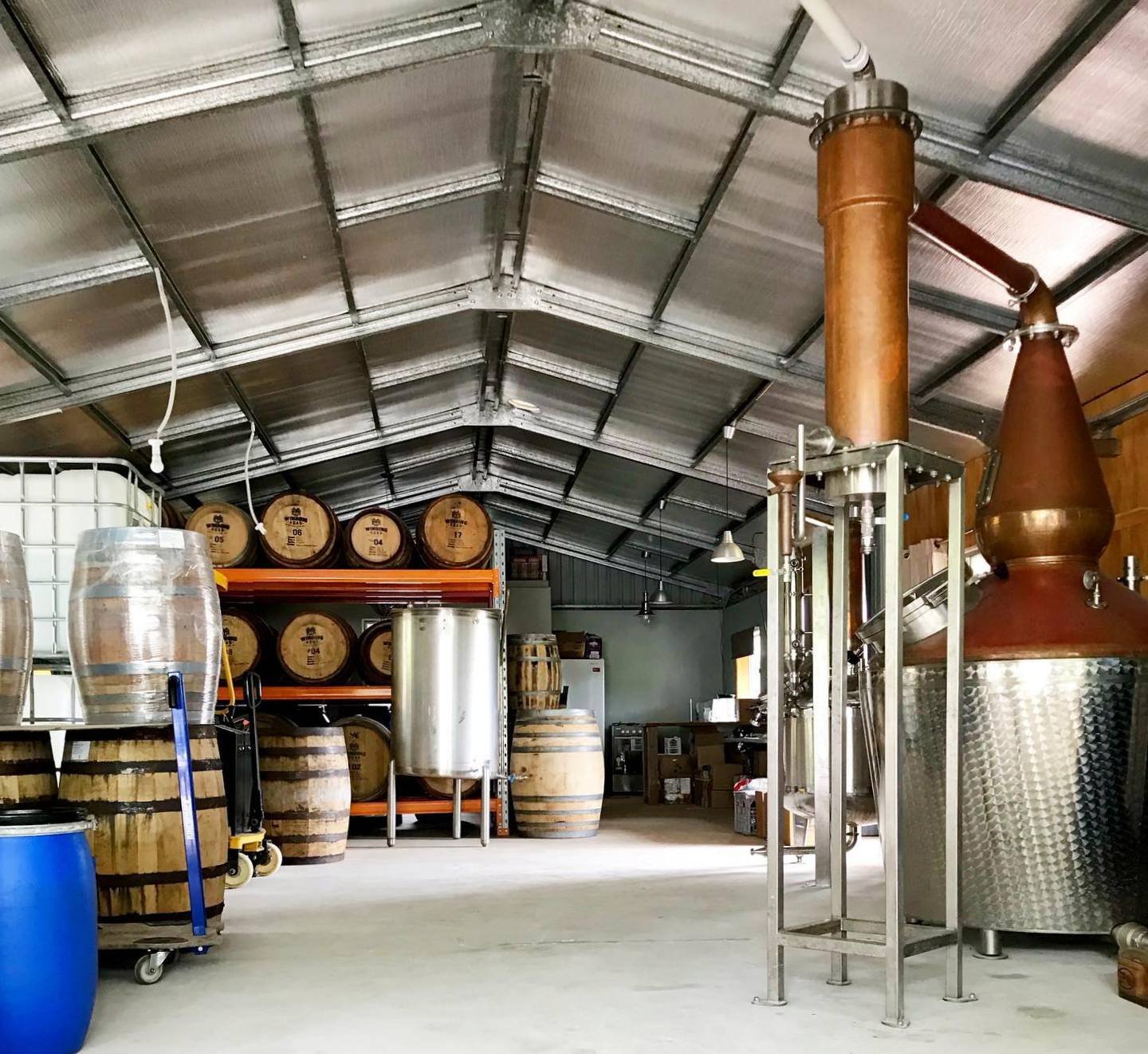 The distillery working area, with Short Round on the right. Photo (c) Winding Road Distillery (from FB, used with permission)

Just like Rick Prosser over at Kalki Moon, who had been in the distilling field for decades, or the trio of friends who opened the urban-centric multi-faceted operation of the Brix Distillery, or James McPherson with his whirlwind fact-finding tour of 70 distilleries in three months, the Awads did as much research as they could, including some hands-on training with the Black Gate and Riverbourne distilleries (also in New South Wales). Equipment was then purchased based on advice, ambition, literature and financial resources (and with a few Hail Marys, no doubt). This was the 1250-liter pot still manufactured by Burns Welding and Fabrication (also from NSW) which was named “Short Round” (used for rum and whisky distilling), another 400-liter pot still called “Alfreda” (for gins) and a small 8-liter sneakoscope of a still called “Secret Agent” which is used for experiments, testing and working with ideas that may or may not work.

Unofficially, the distillery began a year later, in 2015 when work began on laying the physical infrastructure, getting the equipment, installing it, nailing down the financing, permitting, licensing, sources of supply, casks, distribution, bottles, labels…all the usual big and small things that a new operation needs to get going. Officially the distillery opened in 2018 (also the year the FB page went live) when production of the first cane spirit began, with cane juice from a local sugar mill a short drive away. The resultant distillate was put to rest in new American oak barrels (not 1st or 2nd fill ex-anything) and became the first edition of the Coast Cane Pure Single Rum after 31 months, and was based on the taste profile, not any arbitrary ageing cutoff. Gradually, with increasing experience, the “Agricole Blanc Virgin Cane Spirit” was issued in 2019 as an unaged spirit and added to the portfolio. 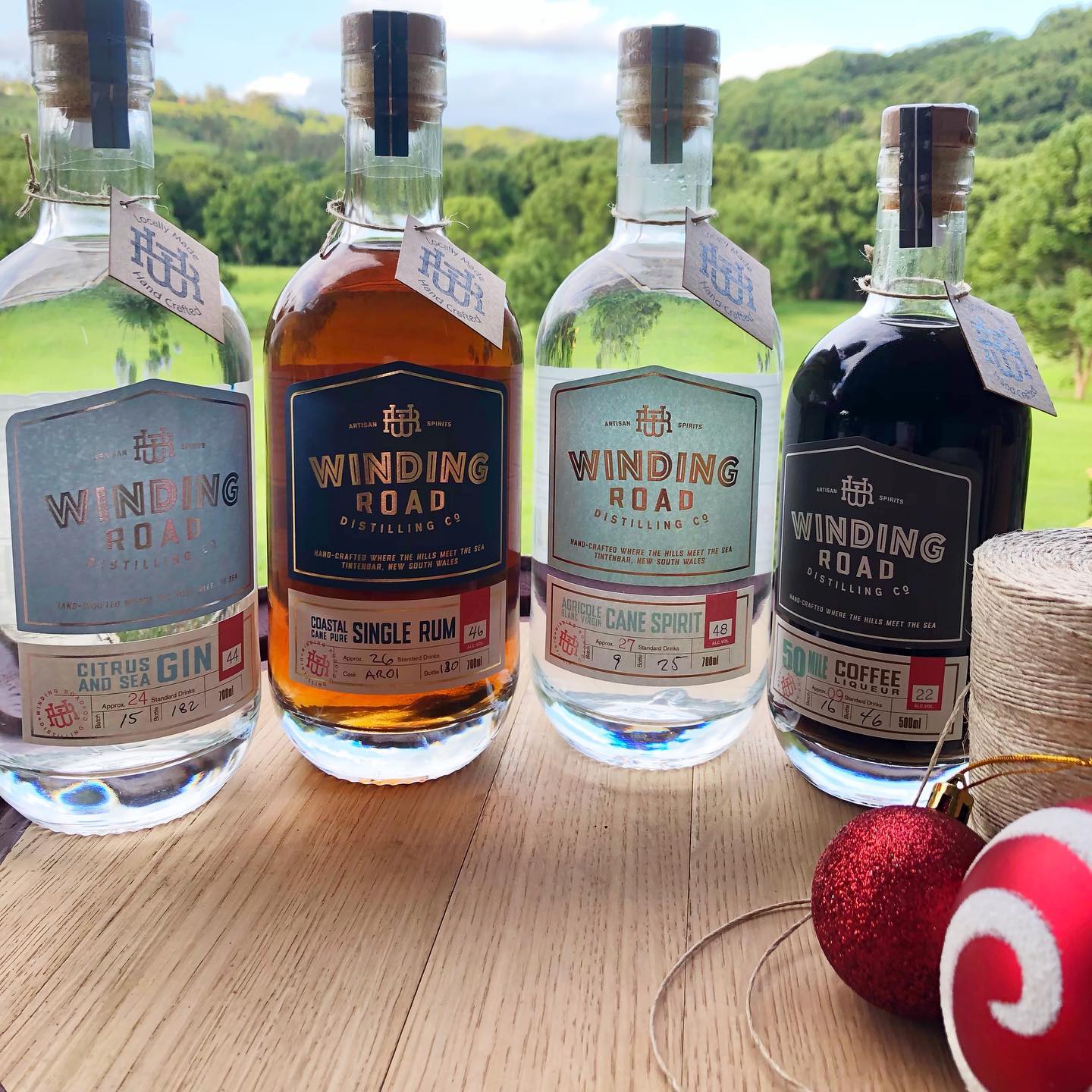 Certain decisions were made from the get go, such as that of using not molasses but cane juice: this was driven by having convenient access to fresh cane juice as well as a feeling that an agricole style rum better than most styles, represented the terroire of the region. Also, it was uncommon, and seasonal – recognition factors and selling points as well – and allowed rum to be made between June and October when the cane harvest provides access to fresh juice, while in the other months they switch to whisky; gin is made all year round.

Another deliberate decision made early on, was not to focus solely on rum or cane spirits: from the inception it was decided to add gins and whiskies to the portfolio. As Mark wrote to me when I asked, “…We have chosen to pursue rum, whisky, gin, and liqueurs. Our one caveat in this is that we do not want to be making a myriad of expressions simply to meet a perceived demand (in other words, to just make money). Rather, we want to do it because we are curious and passionate about experimenting, creating, and always striving to improve.” But he admitted later that his initial vision was, and his favourite spirit remains, rum, and it’s an exciting time to be involved, and part of the new Australian Rum Renaissance. 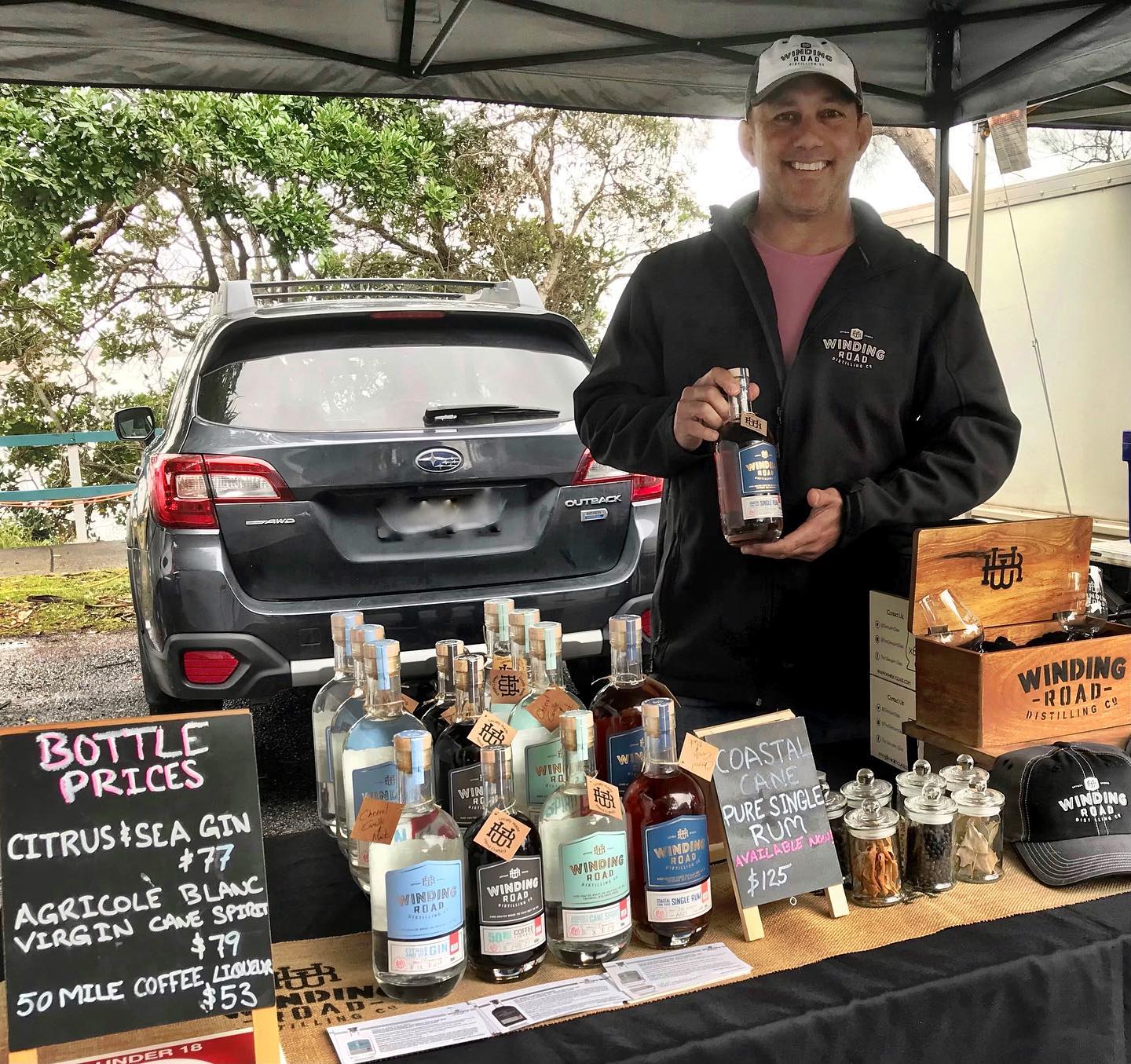 Casks are sourced from cooperages around Australia. The new oak casks are imported from the US while others are a mix of ex-Shiraz, ex-Pinot, ex-whiskey/bourbon and ex-fortified such as Port, Sherry/Apera, and Muscat. They tend to be 200-300 liters capacity as smaller sizes are considered too active given the climate. A lot of the selections are based on experimentation and simple curiosity, as the whole business of which casks produces the best end product is still being established and researched.

Winding Road started small and will continue small for a while as production and distribution settles itself, but there is no question that in a few years there will be several more expressions, aged or otherwise, of both whiskies and rums, though molasses-based rums are not currently being considered. At the moment the website lists the Virgin Cane Spirit and the Coastal Cane rums, as well as a gin and a coffee liqueur, with a single malt whisky continuing to mature.

One last thing: the name “Winding Road” is a reference to the actual twistiness of the roads in the region, including one called the “Windy Mile” road along which Camille grew up. More than that, though, for this family team, it evokes the serendipitous way they met, the evolution towards a shared life with all its vicissitudes, and especially the taking of winding paths less travelled, where the journey matters every bit as much as the destination. I can think of worse names to call a distillery and not many better.