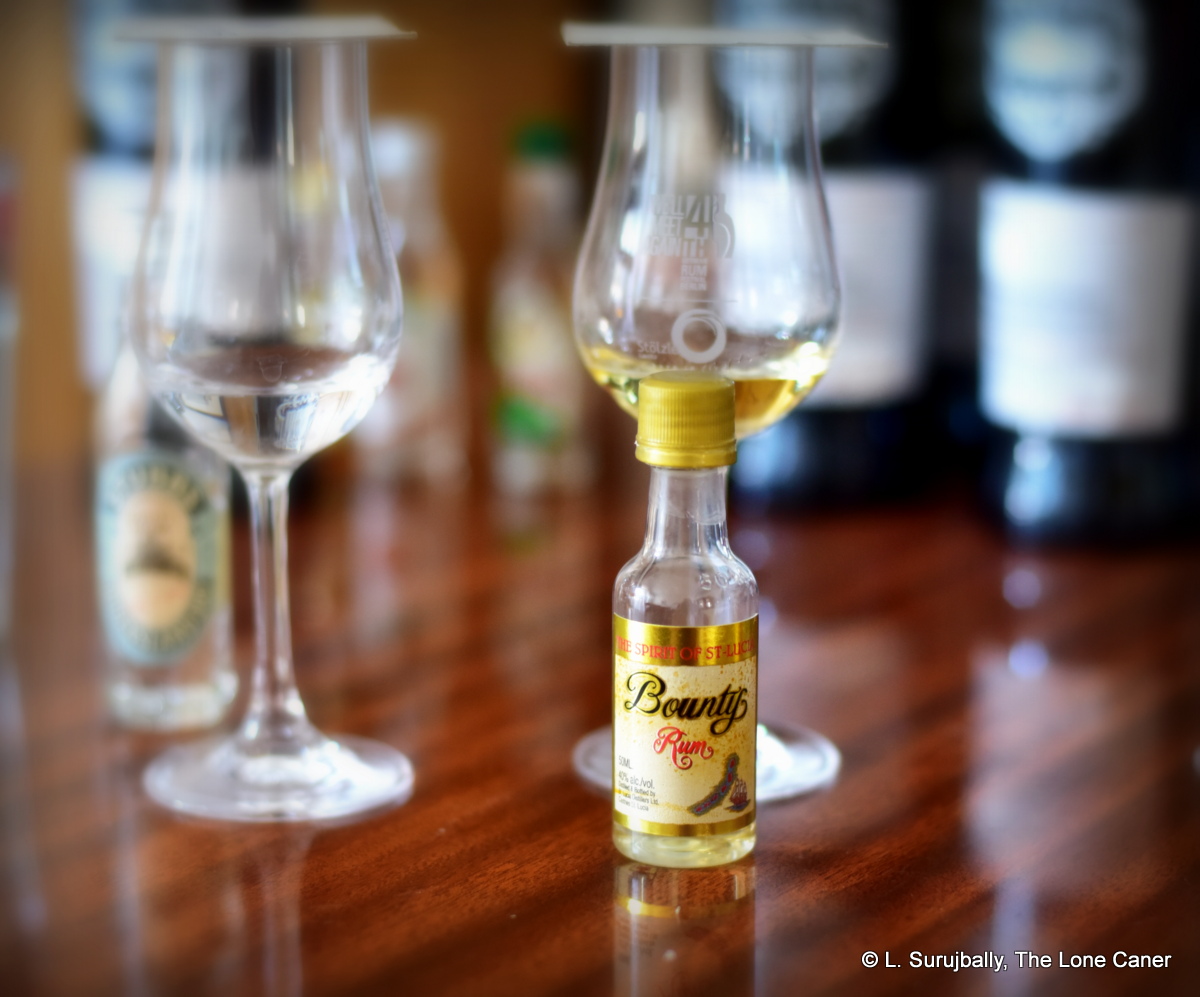 Bounty Rum — not to be confused with the South Pacific Distillery rum of the same name — was the first branded rum produced by St. Lucia Distillers in 1972 when the combine was formed through the consolidation of the Dennery Distillery (which was owned by the Barnard family) and the distillery run by the Geest family at Roseau Bay.

The rum was considered the workhorse of the brand, a step down from the subsequent releases of the Chairman’s Reserve, Admiral Rodney and other blends of greater perceived cachet and exclusivity that came into prominence in the post-2000 rum renaissance.

The Bounty rum brand has never been retired from active duty, and continues to be sold all around the Caribbean to this day: it is something of a back bar staple in the US, a mixer’s drink for the most part. The various rums that were developed over time can be flavoured, spiced, white, aged, unaged, column or pot-column blends, and retain their popularity by virtue of their affordability and generic usefulness. 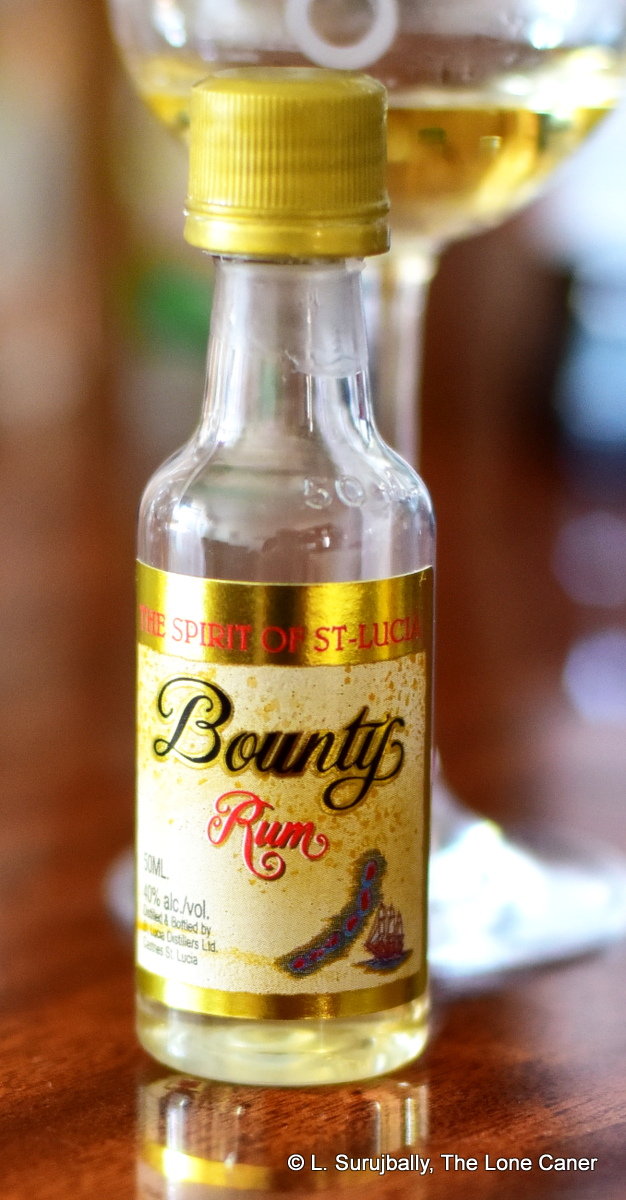 The rum was part of a set of minis from the 1970s and 1980s that I bought, and since the label is all but unfindable and there is nothing to distinguish it otherwise, I am forced to make some assumptions until Mike Speakman or SLD (hopefully) gets back to me: I think it’s from the 1970s, sold for airline and hotel minibar use; a column still spirit, slightly aged; and the closest thing to it in 2021 is probably the Bounty Gold rum (not the Dark). No rum as shown on this label remains in production.

Nose – Quite sweet, notes of honey, mead, molasses and brown sugar. There’s also the aroma of hay, sawdust and decaying paper, the musty smell of old libraries and second hand bookstores. With a bit of time to open up, we get green peas, cherries, tart yoghurt and even the slight metallic bite of a coin.

Palate – Interesting: some brine and olives to start, plus nuts, almonds and nougat. The slight sweetness of molasses and brown sugar carries over from the nose, as well as raisins, spices, grass and a touch of dill and rosemary.

Finish – Short and aromatic, with spices, brine and light fruitiness. Plus, a touch of dustiness returns here.

Thoughts – In today’s climate it can work as a sipping rum, I suppose, though I doubt many would use it for anything but to make a mix, even assuming it could be found. It’s nice enough, and shows clearly how far St Lucia Distillers’ other rums have come since this was originally made. But back then it was all light blends, and this Bounty rum adheres faithfully to that lackluster profile.