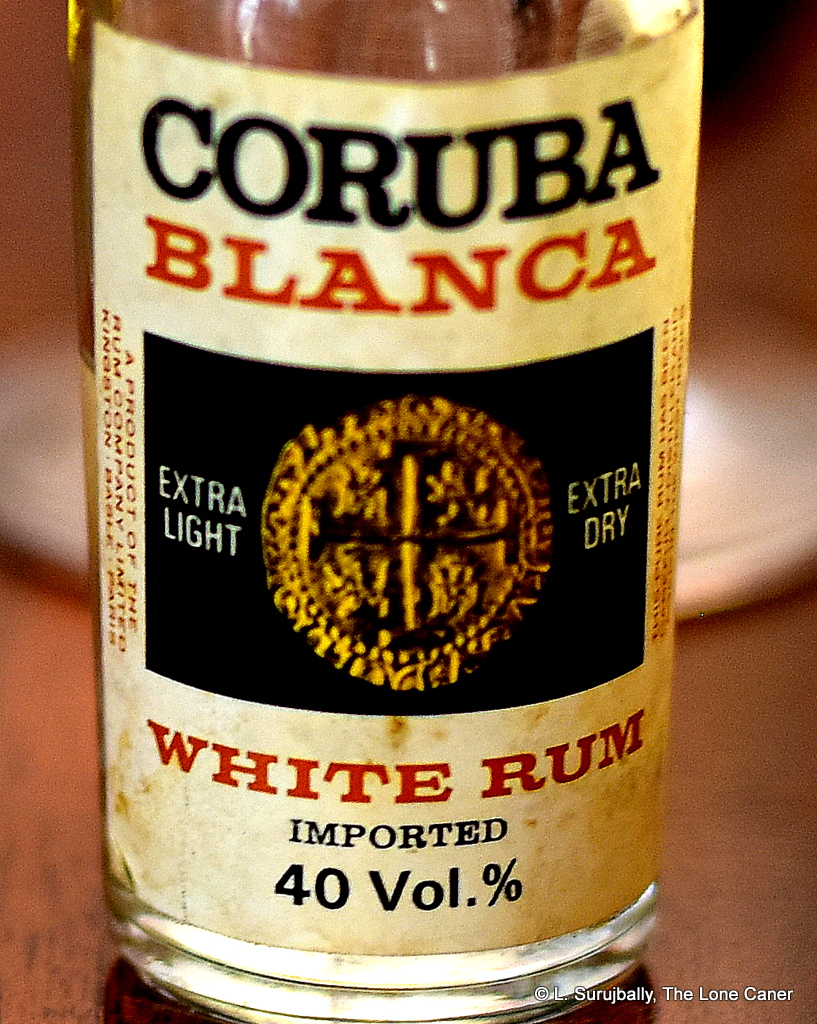 The original Basel-based trading house behind this long-surviving rum was formed in 1889 by Jules Fiechter and Peter Bataglia, who dealt with cognac and rum under the trading enterprise of (what else?) Fiechter & Bataglia. In 1898 Bataglia moved back to France, and a new partner named Georges Schmidt bought in and the company was renamed with an equal lack of imagination to Fiechter & Schmidt and concerned itself with wines and cognac. The first world war nearly bankrupted them, but they survived, and in the interwar years with the relaxation of border controls and tariffs, F&S sought to buy and distribute Jamaican rums (this was a time when in Central Europe rum verschnitt was quite popular – it was a neutral beet alcohol doped with high ester Jamaican rum for kick) but did not want to go through Britain, and so went directly to Jamaica to source it.

In 1929 the Rum Company Kingston was founded under the direction of Rudolf Waeckerlin-Fiechter (Jules’s brother-in-law) in order to guarantee the selection of raw materials as well as ground the entire production process of the rum in Jamaica. The actual recipe of Coruba up to that time remained secret (Appleton and Hampden were considered as prime sources); and expansion of sales continued to around Europe, the Middle East, Singapore, Australia and New Zealand. In 1962, wanting to remove themselves from Jamaica and its political issues, the island portion of the brand was sold to Wray & Nephew, with the blending and bottling for Europe and other regions remaining in Basel. In 1993 Coruba was sold to the Haecky Group, and in 2012, it got passed on yet again, this time to Campari (which is also Appleton’s parent), which is where it currently remains.

What this long intro makes clear, then, is that the white rum we have here dates back from when the Swiss concern was still the maker of record, and my own (private) opinion is that it was likely a rum for airports, airlines and cheap hotel minibars – sort of a 1970s version of today’s supermarket rums. I can’t say any of the previous two rums I tried from the company – the “Dark” in 2010 and the “Cigar” in 2013 – particularly enthused me, and the company’s blended and filtered white rums pre-dating the Age are similarly too bland, for the most part, to be of anything but historical interest…even if it was, as the label remarks, “Aged in the West Indies.”

Nose – Caramel, vanilla, acetones, marzipan, and light white fruits on the edge of spoiling. This makes it intriguing but it’s too weak to make any kind of serious statement, even at 40% ABV, and reminds me of a slightly beefed-up Dry Cane white, though just as uninspiring when compared against today’s more serious rums.

Palate – Lemon peel, pears, fingernail polish, very light, almost wispy. Vanilla and cloves. Almost all the more assertive scents like acetones and heavier fruits stay with the nose and don’t make it to the taste. Really not much more — and the dryness advertised on the label is nothing of the kind. It’s essentially a white mixer a la Bacardi, with even less character.

Finish – Short, sweet and light, vanishing fast. Some lemon peel, a touch of alcohol-ness and a fruit nor two, mostly watery.

Thoughts – It terms itself “extra-light, extra-dry”. The first half is true. Still, it’s 40% and has a nice soft mouthfeel to it, and if the ephemeral nature of the profiles fails to excite, at least it’s painless, even sort of pleasant. It clearly appealed to the palates of yesteryear, who were perfectly happy to dunk it into a mix like a Cuba Libre, which is likely the only place it ever really resided, and where it should always be left.