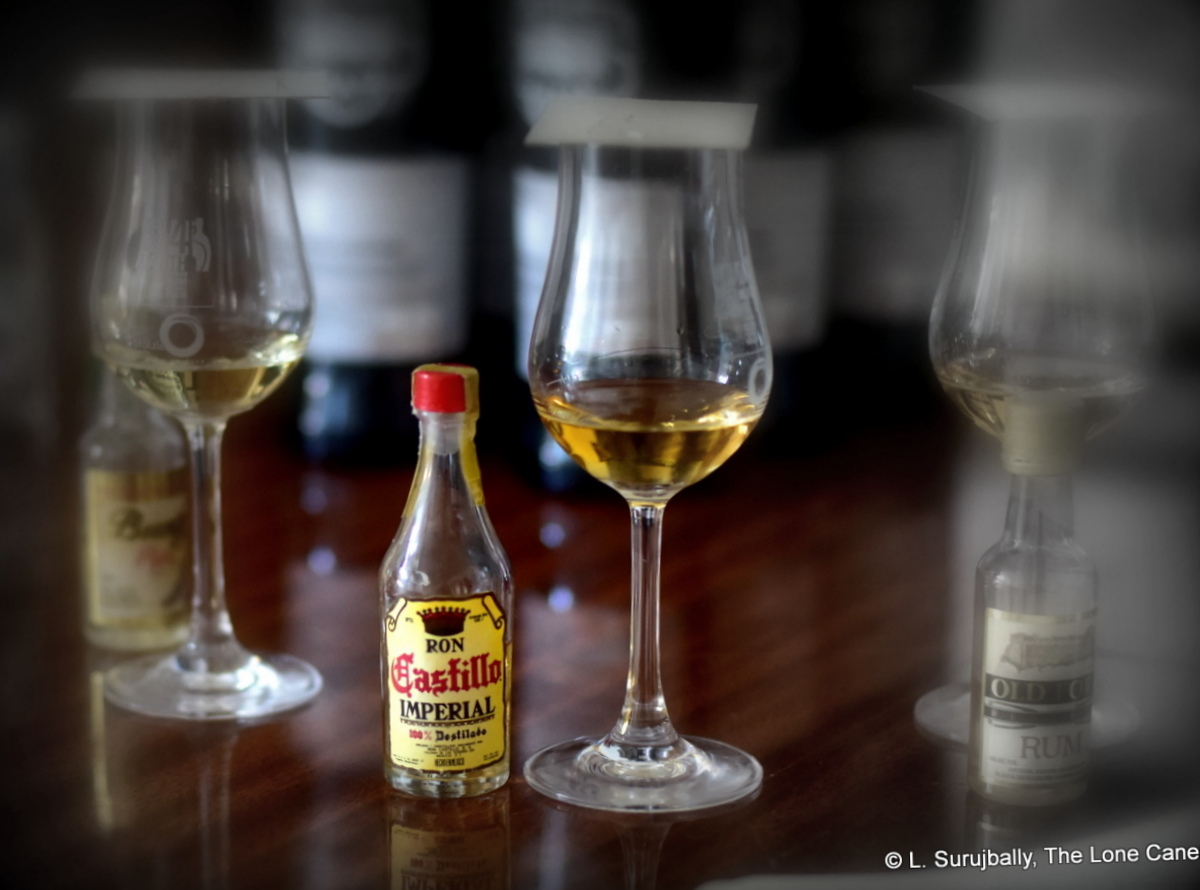 Back country Mexico has creole hooch like the Paranubes to keep the flame of pure rums alive, and larger, better known brands like Mocambo, Ron Prohibido, Los Valientes et al are there for those with deeper wallets or more upscale tastes. And Bacardi has long been known to have made rum in the country – not just their own eponymous brand, but also a lower-priced, lesser-ranked ron called Castillo, which was created specifically to take on low cost alternatives which were cutting into Bacardi’s market share.

That’s the rum I have in front of me, but I’d be remiss if I didn’t mention others: the Castillo brand name is found in rons from Ecuador, Cuba, Spain, Panama, sometimes but not always made by Bacardi. What’s available now (the Gold and Silver) is made in Puerto Rico, which suggests some brand relocation by The Bat; and this Imperial underproof is, as far as I know, no longer being made since about the 1980s. In that sense, it’s a victim of the times — consolidated, moved, reworked, reblended — I found references to the Imperial going back to the 1940s when a Mexican company called A. Laluque y Cia was making it (using pretty much the exact same label), which says something for its longevity. 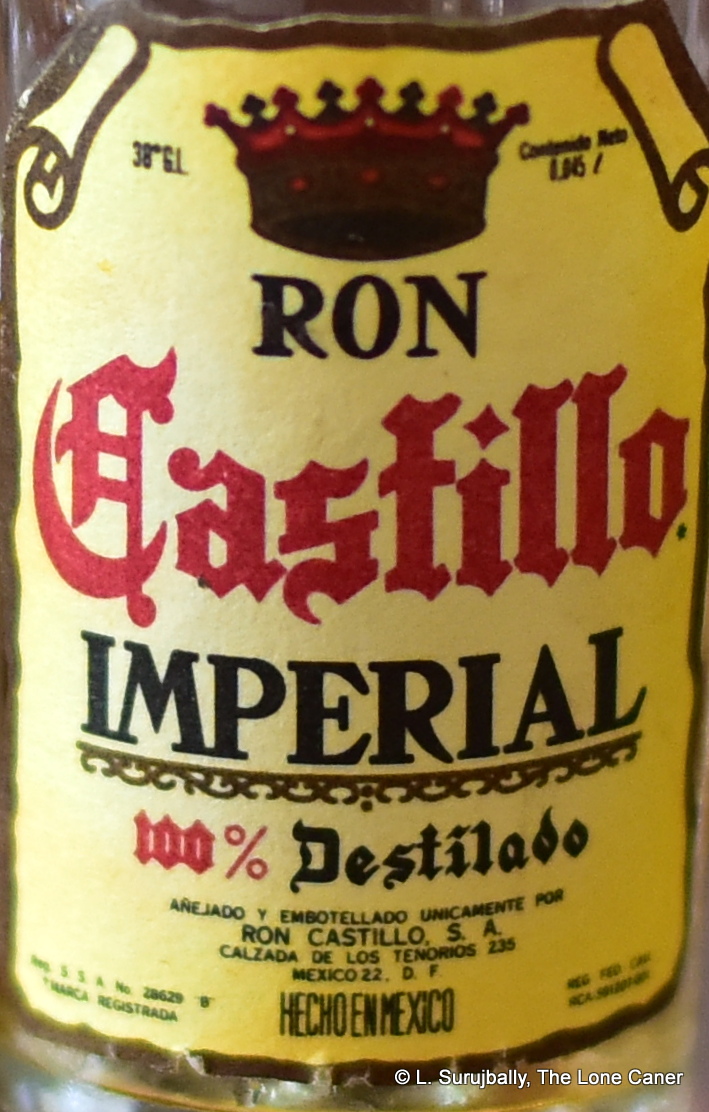 Nose – Mild, soft, fruity, not bad. It has some olive oil and brine notes to it, a touch of red wine. Some light fruits – apples, watermelon, pears. Gets weaker over time

Palate – Don’t expect much from 38%, you’re sure not getting it. It’s light, it’s watery, it’s nigh tasteless, and can be had neat easily — not just because of the low strength but because, like Spicoli, there’s so little of anything behind it all. Some pears, pineapple juice (much diluted), papaya, cucumber, a touch of citrus peel. Caramel and sweetened chocolate.

Thoughts – Did people actually drink stuff like this as a “serious” rum, even forty years ago? I guess it would perk up a cocktail without leaving anything of its own character behind, like a Cheshire’s smile, and that was the thing back then. But it was created as a budget rum, and they sure got what they paid for, back then.