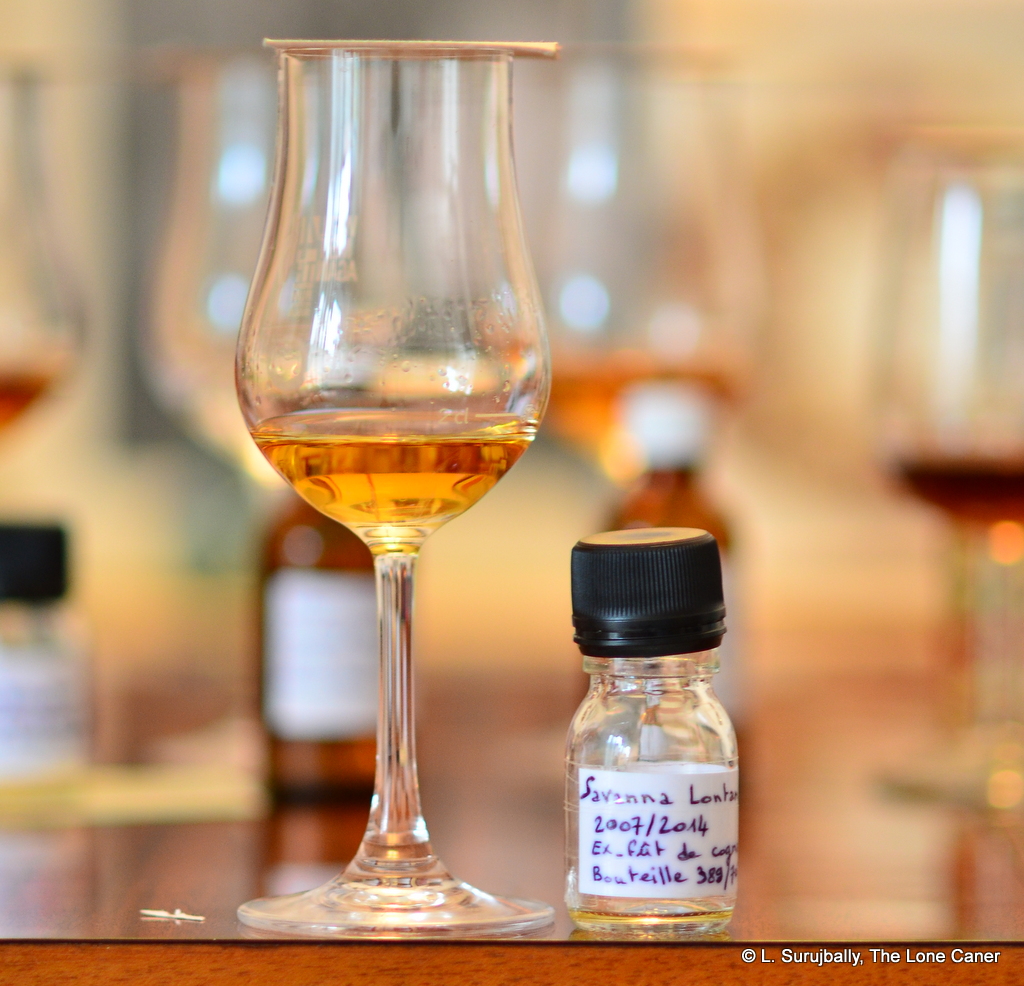 After all these years of Savanna’s releases of new series, individual bottlings or millesimes, one can reasonably be nearing the point of exhaustion. Perhaps no other primary producer outside of DDL, Privateer and maybe the French island distilleries with their annual cask editions, has so many releases from all over the map, relentlessly put out the door year in and year out. This is a connoisseur’s delight and to the benefit of consumers everywhere…but something of a collector’s nightmare. I doubt there’s anyone who has the entire series of this Reunion-based distillery’s Lontans, Intenses, Metises, Creols, Traditionnels, Grand Arôme, Maison Blanches and what have you, or even anyone willing to try (the way they would with, say Maggie’s Distiller’s Drawer outturns, or Velier’s Caronis).

However many exist and remain available, what they really are is elegant variations on a theme, whether that of molasses-based rum, agricole rhums, high ester flavour bombs, or interesting blends of their own that are aged and mixed up to provide a little something for everyone. There are several variations of the Lontans with their characteristic long-fermentations, some having finishes, others of various strengths, and varying ages: this one is a “Lontan” from 2007 bottled in 2014, and also a Grand Arôme, which is to say, a high ester rum. There’s a lot to get excited about here: cognac cask ageing, full proof 57%, and a solid six years old, so let’s dive right in.

Nose first: and as soon as you take a brief snootful, yes, that high-ester profile from Savanna is flexing its glutes, in spades. It’s a fruit salad lover’s delight – pineapples, strawberries, raspberries, gooseberries and any other kind of berry with a tart sweet crisp tang to it, all drizzled over with lemon juice and maybe some caramel, rosemary and damn, is that some red wine in there too? It’s really quite lovely and the strength allows for a richness that ensures you miss nothing (actually, the person two rooms over won’t miss anything either, as Grandma Caner proved when she shot out of her kitchen down the hall demanding to know what I was tasting today).

The strength allows an assertive and very aggressive, almost fierce, taste to comb across the palate: tart berries again (all of the abovementioned ones plus a few unripe mango slices in pimento-infused cane vinegar thrown in for good measure). There is a curious and previously-unnoticed brine and olive component coiling around that does a good job of calming down the wild exuberance of what would otherwise have been an excess of sharp fruitiness (assuming there even is such a thing), and after the rum settles down one notices softer, neutral fruits: bananas, papayas, melons, pears, tomatos (!!), followed by avocados and salt, cherries, prunes and, for good measure, even a pinch of dill. I particularly commend the finish which is long, dry and aromatic in the best way: flowers, caramel, honey and a trace of that lemon-infused fruit salad (but not so much).

The whole experience is really flavourful and outright enjoyable, though admittedly the strength and tart sharpness might make it too intense for some who are unused to — or don’t care for — the Dirty-Harry-narrowed-eyes badassery of Savanna’s Grand Arôme rums. It occurs to me (blasphemy alert!!) that maybe, just maybe, some sweetening might take the edge off, but I hasten to add that I would not do so myself: a touch of water is enough to bring down the braggadocio this excellent six year old from Reunion displayed for me; and now, having written all my notes and tasted it a few more times, I think I’ll just finish off what remains. Grandma Caner is hovering casually around, with a glass “just happening” to be in her hand, so you can be sure if I don’t, she will…and given she doesn’t even like rum that much, that’s quite an endorsement.