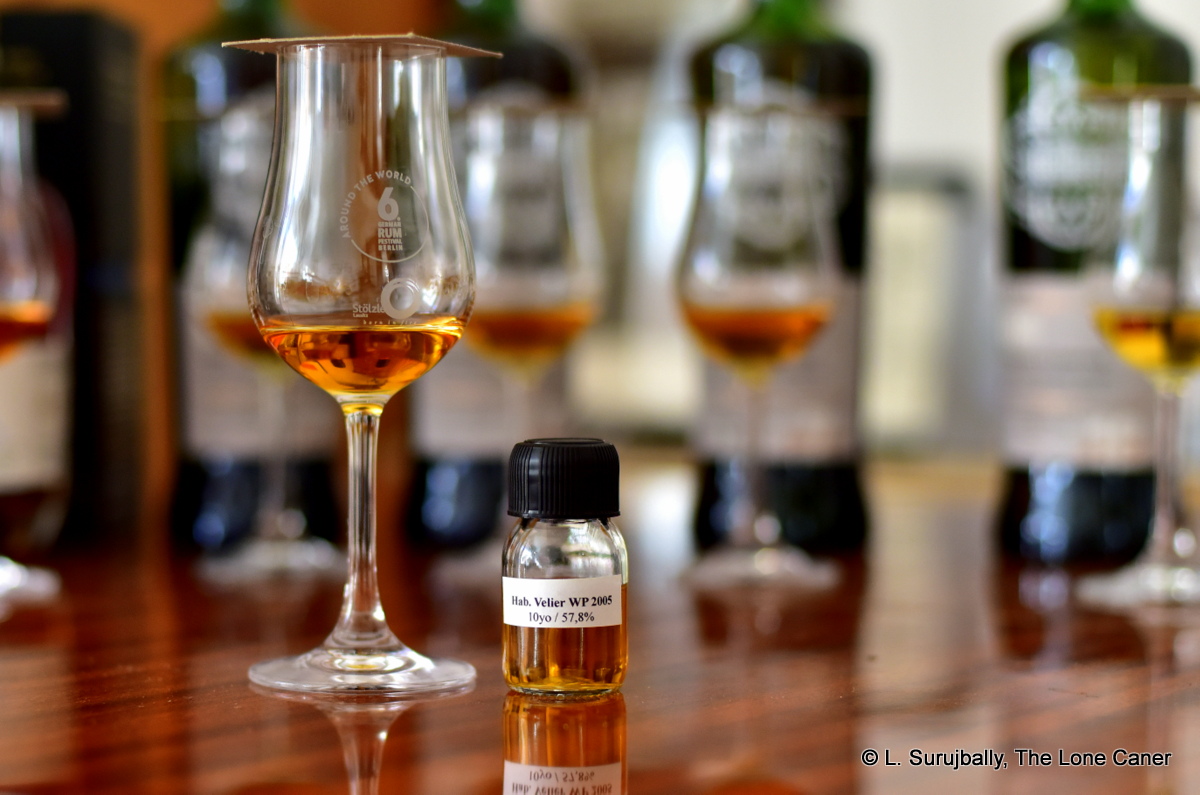 For what seems our entire lifetime, Appleton was the first name in Jamaican rum. They gained their accolades by not being too extreme, and producing a tasty series of blended pot-column-still rums that didn’t push boundaries too much, too far, or too often.  But by the second decade of the 21st century this was all changing and stronger, forceful, pot-still only rums were being issued at cask strength by various independent bottlers; turbo-charging that process which I term the Rise of the New Jamaicans.

One of the early adherents of WP was the Genoese company of Velier, which had been sniffing around Jamaica since 2013 or so, and finally managed to buy some aged (and unaged) stock to become part for its deservedly well-regarded Habitation Velier line. Few, however, manage or bother to try the entire range. There are many reasons for that: the wide array of choices available to consumers these days; the many other excellent Velier bottlings; and since there are so many HVs, people not unnaturally gravitate towards their favourite countries’ rums (the series is all about pot still expressions from many rum producers around the world) rather than fruitlessly attempt to get them all. Jamaica is probably the most popular of the set, which is no surprise, since of the 40+ releases made so far, more than half are from that island, and most of those are from Hampden (if you count the special limited editions) with which Velier has a distribution arrangement. 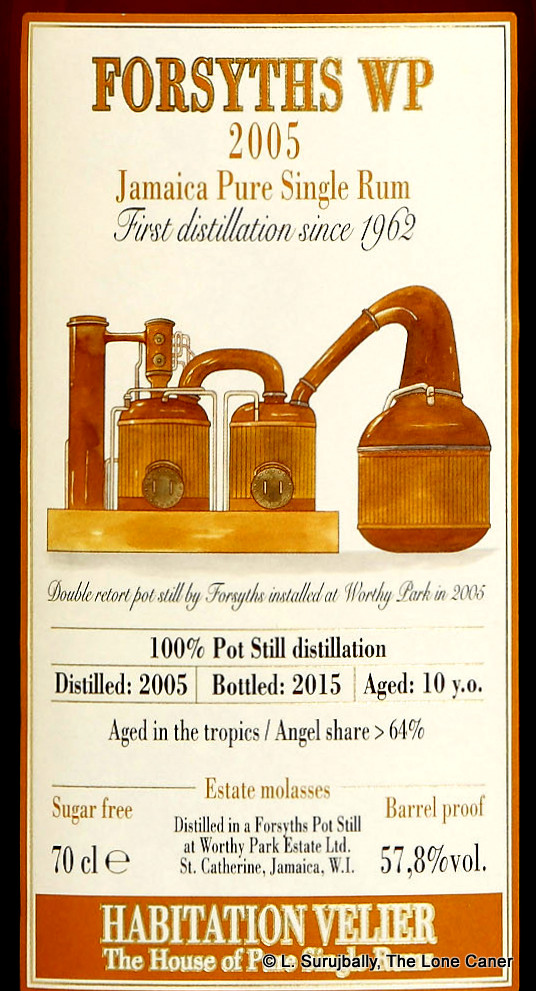 That said, eight other Jamaicans are from Worthy Park and are a tantalising mix of unaged white street brawlers and slightly more refined but no less loutish hoods aged ten years or so. This particular version — ensconced in the usual flat dark bottle so reminiscent of flatties my generation stuffed in their back pockets to nip at during the hot drowsy Caribbean days — came from the very beginning of Worth Park’s re-emergence as a rum maker in 2005, when they installed their new Forsyths double retort pot still at the distillery. The rum was aged ten years, and bottled at 57.8% ABV in 2015, which dates it from the very first generation of the HV releases and it remains a really good rum to this day (if it can be found).

What distinguishes the rum and what was so unusual for its time when high esters were not yet “a thing” is its rather sharply voluptuous fruitiness.  While it does start off with dates, raisins, brine and pimentos in cane vinegar, that changes. After five minutes or so, it exudes sharpish mix of apples, pears, green grapes, ginnips, soursop, kiwi fruit, and strawberries, all marinated in lemon juice, which gives it an initial aroma equivalent to the scolding of harridan’s whiplash tongue (though I mean that in a good way). Five minutes after that and you get flowers, sweet honey, a touch of lilac and a dusting of cinnamon, really quite nice.

On the palate is the promise of all those tastes that would make the New Jamaicans the rums du jour a few years down the road.  The profile is sharp, sweet, sour, estery, clean, everything we want from a Jamaican funk delivery system. Apples, unripe mangoes, green apples, green grapes, red currants, pineapples slices, citrus juice…the word gilttering is not entirely out of place to describe how it feels. What’s also nice is the secondary wave of notes that we come to: brown sugar, light molasses, honey, caramel, toffee, blancmange – still, it’s the fruits that carry the show and remain the core of the whole thing.  The finish is completely solid: fruity, citrus-y, long and spicy, and even throws in a last touch of sawdust and dusty papers as if having a last laugh at our expense.

What a rum this is indeed. It’s complex, tasty, aromatic, challenging and requires some work but few are those who don’t appreciate at least some aspects of how it presents after the session is over. Although Worthy Park has won rightful acclaim for its own branded rums like Rum Bar and the various estate editions released from 2017, it could be argued that the ease with which they colonised (new and old) consumers’ minds was somewhat helped by all the previous bulk exports that had been snapped up by the indies who came before, like Compagnie des Indes (who released classics like the really quite remarkable 2007 and 2008 WP rums, also in 2015).

These early issues presaged and announced the subsequent emergence of estate rums that allowed Worthy Park to become the force on the world rum stage it is now.  But you know, whether some new indie or Velier or anyone else came up with this rum, doesn’t really matter – it effortlessly skates past and beyond such ruminations.  It’s simply a damned fine rum, released by a house that knows how to make ’em and another that knows how to pick ‘em. Worthy Park distillate really does go down well, at any age, and sometimes it doesn’t matter who puts out the juice, as long as what’s inside the bottle works.  What’s inside this one does work, very very well.