Unlike the White Jack rum which is definitely a Rumaniacs entry due to its reformulation, the Westerhall Plantation Rum remains recognizably the same as when it was first released in 1989, and there seems to be no movement afoot to change the title either (even after the brouhaha over Maison Ferrand’s rum brand name in 2019 and 2020). The Plantation Rum is a five year old product, the first to be exported, beginning the year of its introduction: previously, all rums were either for local consumption or for bulk export. Oddly, though, it’s referred to on their site as their “flagship” rum which makes one wonder what they consider their 10 YO to be — Ultra Premium Vintage Better-Than-Flagship-Best-Ever-Ever, maybe?

Westerhall has long since ceased distillation. It’s possible this was due to a downturn in sugar cane availability as sugar prices kept falling in the 1990s, or perhaps it was the poor economics of their in-house distilled, aged and blended rums not selling well enough to justify their continuance in a time pre-dating the 21st century Rum Renaissance.  Since 1996, then, the company has imported rums to produce its well-known blends: initially this was from Angostura in Trinidad, and in his 2020 Cheat Sheet on the distillery, the Cocktail Wonk remarked that recently they also began importing from two distilleries in Barbados.

This rum, issued at a relatively sedate 43% ABV, dates from the early 2000s, and is therefore from Angostura stocks only: aside from some batch variation, there’s little to distinguish it taste-wise from either earlier or later rums, and consistency has been maintained quite well. The nose is probably the best thing about it: thin, distinct enough, redolent of brine and olives, and set off by a crisp, light, fruity aspect.  Behind it lurk notes of paint, acetones, nail polish, and a nice blend of tart-sour fruits like five-finger, star-apple, gooseberries and green mangoes, with just enough sweet to mitigate the lip puckering. It does become somewhat lighter and sweeter as it opens up, and there’s even a trace of sugar water at the tail end. 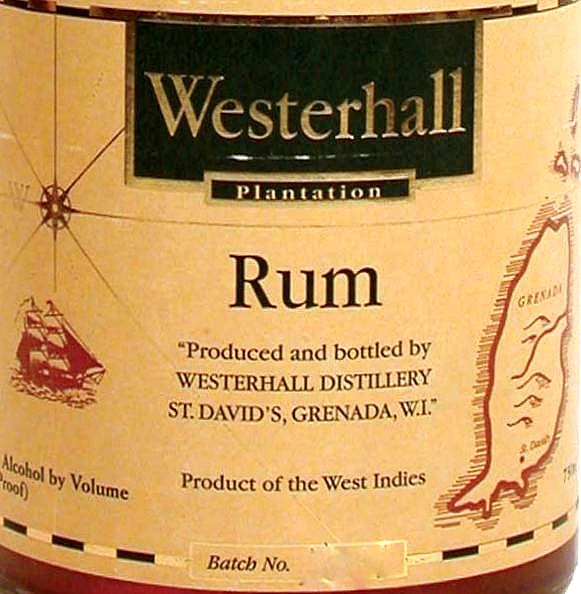 Palate is nice, just uneventful – much of the nose is lost in the light easiness of the way it tastes and “watery” is not a word that would be out of place here. There are traces of peaches, apricots, bananas and green peas(!!), and some of the brininess and olives carry over; also dates and some very light citrus and vinegar-like hints, not enough to derail the experience. It retains the light sweet crispness that the nose promises, and if the finish was kind of brief – warm, dry, salty with a touch of fruits and sweet soya – well, you know what, as a whole the rum kind of works, and is not a disappointment.

What it does, is actually remind me somewhat of the Whisper Antigua rum, also an unpretentious rum aged a few years.  Perhaps that’s because it doesn’t try too hard to be some kind of uber-sexy blend from a world famous distillery backed up by a snazzy marketing campaign sporting a celebrity (from within or without the rumworld) to raise awareness. It’s just a reasonable, light five year old, closer to people’s memories to the Angostura 5YO, or some of their other such offerings.

With the usual crystal-clear 20-20 hindsight, Westerhall might have done better to take a more visionary long term view and kept their options open by maintaining the stills they did have, because the rumiverse did change in the years after 1996, opening up other possibilities others are now capitalizing on. But even if they declined to become a pure single-rum distilling force in Grenada, clearly the expertise they’re willing to hang their hat on now is that of of blending and ageing, and in this they are akin to Banks DIH in Guyana, which also lacks a still and makes rum from external imports. Let Rivers Antoine and the New Renegade distillery go for the artisanal rum crown, Westerhall will, for now, continue with what works for it.

And the Plantation rum shows that what works for Westerhall isn’t all that bad. When you really get down to it, this is an unpretentious hot-weather light rum of some originality…not much, just some.  Even if it never ascends to the tables of the rich, there’s nothing really wrong with it…as long as you’re not looking for anything particularly great, or from Grenada itself.