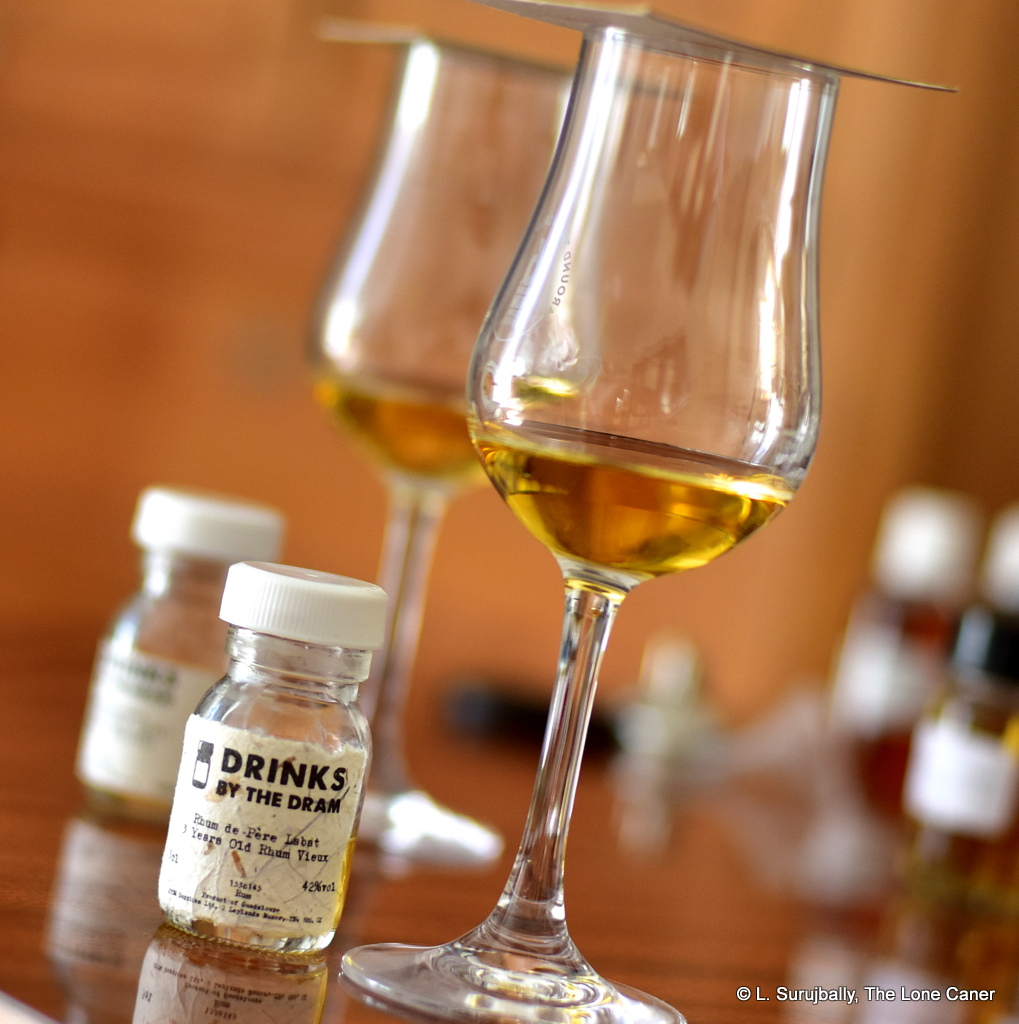 With all the publicity and attendant pictures, conversations, comments, posts and other media razzamatazz attendant on the big agricole makers of the French Caribbean islands, we sometimes overlook the smaller rhum makers there. Like their more famous siblings, they have also been around for decades and centuries and although they remain not so well known, not so warmly endorsed and not so widely trumpeted, they quietly chug along year in and year out, and make their own juice…maybe unheralded and unsung, but a boss drink by any standard. 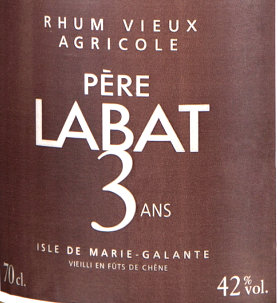 One of these places is Distillerie Poisson-Père Labat on Guadeloupe’s southern island of Marie Galante, named after the 17th century Dominican friar who modernized sugar making technology in the French islands (he was the proprietor of the Domaine de Fonds-Saint-Jacques on Martinique and owned slaves there, which leads to a complex and problematic legacy).  The small distillery is on the extreme west of Marie Galante, balancing off Bellevue in the east and Bielle and Capovilla in the centre, and I’m going to review four of their lesser known rhums over the next week or so.

Suffice to say, Labat has been in operation since 1916 as a distillery making rhum agricole (and as a sugar estate before that, since the 1860s – it supplied a local factory nearby) and continues to distill its cane juice on a copper column still brought in from Barbados in 1934.  Their rhums range from white (Labat 59º, 55º, 50º and 40º and a monster of 70.7º) to “Ambre” and “Boise” lightly aged from 6-18 months, and older versions aged 2, 3 and 8 years, and the top end millesimes and fancy pants editions aged more than ten.

The three year old reviewed first does not, then, provide any mysteries: it straddles the divide between the young ambre and boise rhums, and those of the more upscale aged expressions without any sort of attempt at exceptionalism, like its 2 YO cousin the L’Or. At 42% ABV it is less a Ti-Punch ingredient than something for tourists and those who like a young rums without fireworks to gently juice up a cocktail or something.

Yet there’s more going on here than immediately seems to be the case with a strength that low.  It’s got a nose that is soft and herbaceous, redolent of acetones, varnish and more than a touch of turpentine and sugar water. It has the crispness of freshly aired laundry snapping on the line in the breeze of a hot summer day, tart white fruits (pears and guavas), bubble gum, plus the quick snap of lemon zest, and perhaps some crushed nuts. That’s really a lot of nose for a rhum so relatively anemic. I’ve made grumpy comments about standard strength wispiness before, but there’s little to find fault with here – it’s simply a delightful rumlet to smell.

Admittedly, the palate doesn’t quite drop the ball, though there is some drop-off in intensity now. It is a light and quiet and soft rhum, warm and delicately tasty, never losing its clarity or clean taste.  This is all about precise watery fruits – watermelon, papaya, pears dripping juice, mingled niely with the tartness of a ripe soursop. There’s a touch of soda pop like Sprite and Fanta, sugar water, acetones, even the hint of some brininess (this stays very much in the background), before it all fades out into a very clear finish that’s mostly like Mike’s Hard Lemonade with some watermelon thrown in. It’s actually quite impressive.

It’s possible that this 3 YO is no longer made, since it doesn’t appear on the Labat website — not an infallible indicator, since several other rhums they make aren’t there either — and because it has almost completely disappeared from the online literature and conversation (I’ve sent a message to inquire). What I see is mostly about the 8 YO, the soleil, the 55º and the 70.7. That’s okay, those are good too, it’s just surprising to see something as well made as this almost-midrange rhum given such short shrift.

Never mind.  If you find it, it may be pricey, as all agricoles are, relative to a molasses based rum of equal age.  But I argue it’s well made, it’s tasty and for sure it’ll wake up the drink, a cocktail, a party (and maybe even you) at the same time. Plus, it can be had by itself – almost – and it won’t entirely disappoint taken neat. Not a top-tier rhum, it represents its own level quite nicely indeed and remains a rhum that does quite a bit more than you think it does. Like my wife, it doesn’t nag or jab or needle, only soothes and welcomes…and in rhum terms, that quality might well be priceless.