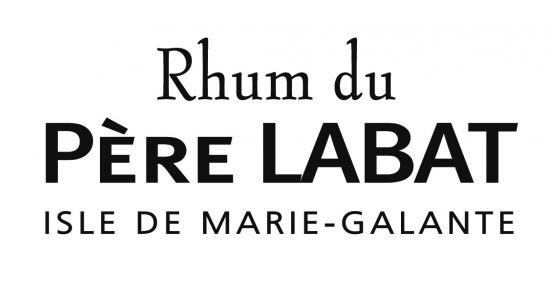 Distillerie Poisson-Père Labat on Guadeloupe’s southern island of Marie Galante is named after the 17th century Dominican friar who modernized sugar making technology in the French islands (he was the proprietor of the Domaine de Fonds-Saint-Jacques on Martinique and owned slaves there, which leads to a complex and problematic legacy). Poisson is a small distillery on the extreme west of Marie Galante, balancing off Bellevue in the east and Bielle and Capovilla in the centre 1, and it has a history dating back at least two centuries.

Sugar cane cultivation on Guadeloupe and Marie Galante has in fact been around for much longer than that, however. Sugar cane was cultivated on the islands with a view to its exploitation and export after 1654 (the French had led a rather dismal and failed colonization drive in 1648 but returned six years later), thanks to settlers from Brazil who prompted the creation of the first small sugar refineries, using small ox-powered mills (known as “merry-go-rounds”) to crush the cane.

The crop and its cultivation and processing had an up and down existence: the tiny island was continually being sacked and plundered multiple times by various warring European nations and bouncing between English and French ownership until things settled down in the early 1800s.  By then sugar was the dominant economic force on the island and there were over a hundred small mills, most characterized and powered by the windmills that still dot the landscape – these were introduced in 1780 to replace the ox-powered mills, and then were themselves replaced by steam powered mills in the 1880s. 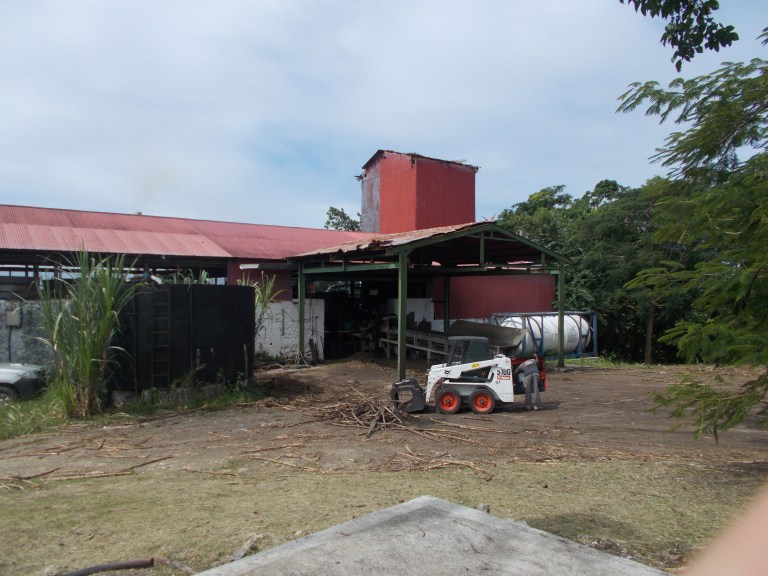 What eventually became Poisson-Père Labat was initially part of a larger sugar estate, an adjunct to the Marechal plantation and sugar factory. It was split off and became a standalone estate in 1822 when a wealthy woman named Catherine Poisson bought it, though the exact relationship between Poisson and Marechal’s owners is unknown. A sugar refinery was built on the property in 1863. Throughout the 19th century it also provided most of the sugar cane used by the Grande-Anse sugar factory, a few kilometers away, which implies that Marechal was having issues that forced its own mill to close down at some point (though sources for this inference are lacking and the question of why bother supplying yet another sugar mill when you have one on your own land is unanswered).

It would appear that there were some changes of ownership during the 1800s – Atlas du Rhum notes a person by the name of Gaspard Casse and his heirs running the estate during that time – but the modern history of Poisson can truly said to have begun in 1916, when Edouard Rameau, part of a family that had been in Marie Galante since the late 1700s, bought Poisson, keeping the name. He made the decision to turn the sugar factory into a distillery — by then the Grand-Anse was the largest refinery on the island, obviating the need for one on Poisson — and proceeded to install a steam engine and a copper still (now defunct but still on the premises). Edouard also owned the nearby Saint Christophe distillery which produced molasses rum, so perhaps in an effort to diversify he switched Poisson to cane juice rhums. 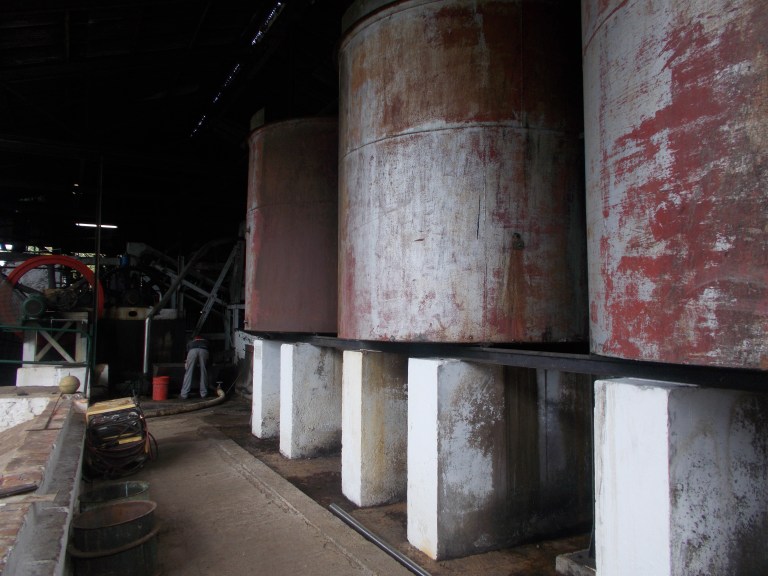 The effort was clearly successful as production of rhum agricole rose from around 22,000 liters in 1923 to nearly double that a mere four years later, and continued apace, requiring the importation of another copper alembic — it was bought in Barbados in 1934 — to augment the original still. Moreover, during the second world war, Rameau hit upon the idea of exploiting the name of Père Labat as a brand name for Poisson’s rhums, registered the name with a casual disregard for appropriation or appropriateness, and started distributing such rhums with that name after 1945. The distillery continued to be successful, and by the 1950s it was clear that another still was needed as the Barbados alembic was showing its age: it was replaced by a creole column still in 1955, and another one was added in the late 1970s. Both of these remain operational in 2021.

The sugar crisis of the 1960s and 1970s reduced the number of active distilleries on the island to five (Le Salut, Saint-Louis, Poisson-Labat, Bielle and Bellevue), and then even further with the closure of Le Salut and Saint-Louis. The Rameau family held on and in 1976 operations devolved to Ernest Renault, a grandson of Edouard Rameau (he’s also the uncle of Dominique Thierry, the owner of the Bielle distillery). He was a petroleum engineer, and made the decision, after a few years away from the island, to return and devote himself to the management and reconstruction of the distillery which had seen little renewal or capital investment to that time.

However, with rising production and transport costs, the relative isolation of the small island, the competition with vodka as a premium spirit at that time, as well as more popular molasses based rums outselling agricoles, it was a losing game. In the 1990s, Père Labat and Bielle together set up a company, the Vieux Rums de Marie Galante, and built a cellar near the distillery for the aging of their rums but none of this helped, and the distillery saw its profitability continually decrease.

Finally, in 2007 Poisson-Père Labat was bought out by an island group led by businessman Jean-Cedric Brot; this investment group included Jose Peribakis who we last met when discussing Domaine de Severin…he is a minority shareholder and Managing Director of Poisson-Père Labat now, while Mr. Brot is CEO. 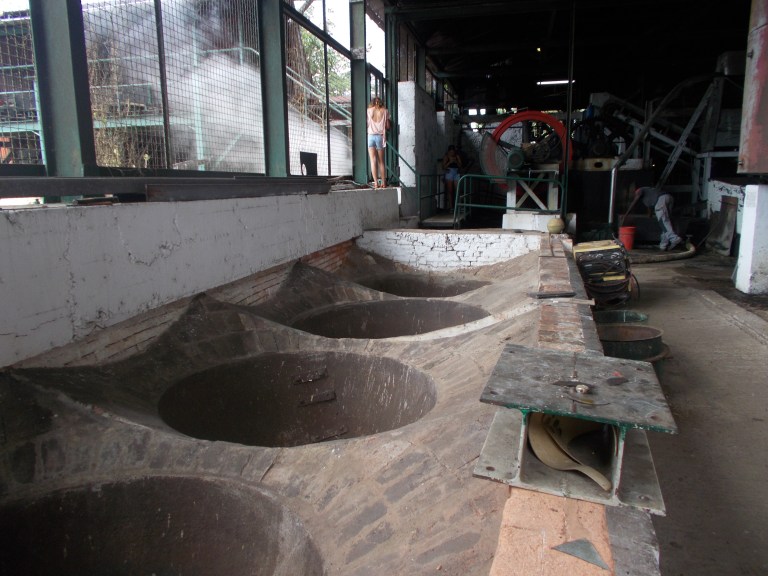 The distillery has stayed under that control ever since. They have done some work to modernize and upgrade the facilities, made the old facilities of the distillery a tourist destination, and increased the output and range of the distillery. Père Labat currently offers white agricole rhums (Labat 59º, 55º, 50º and 40º and a monster of 70.7º) as well as “Ambre” and “Boise” lightly aged from 6-18 months, and older versions aged 2, 3 and 8 years, and the top end millesimes and special editions aged more than ten. They have, unsurprisingly, not forgotten their roots with the unaged blancs since they are selling increasingly well locally and abroad, but are clearly aiming to colonize the luxury top-end market as well. Only time will tell how successful that strategy will be.

Père Labat has been around for so long that to list all their historical bottlings is an impossibility.  I have started with their current lineup (as of 2021) and looked around into what references as exist, to add a few extras from the past below that. I’ve identified any independent bottlings where I could find them.