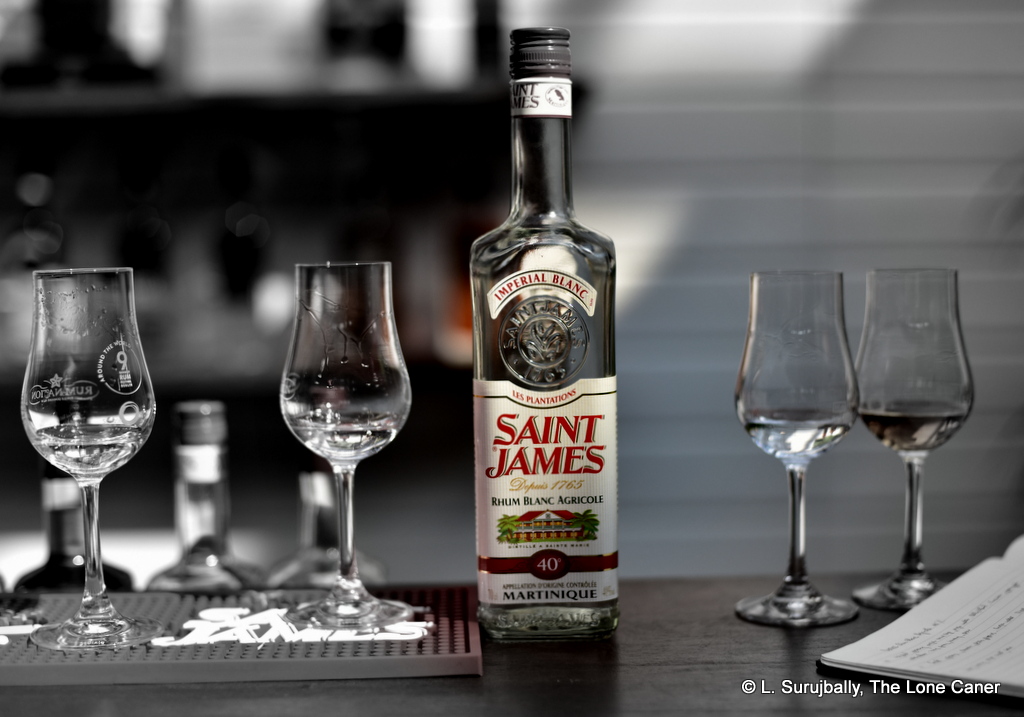 Back in 2019 before the world changed, I was fortunate enough (and for the first time ever), to get a “blogger” badge at the Berlin Rumfest. This did not, of course, class with the far cooler “Exhibitor” or “Judge” badge that others ostentatiously wore front and center. Nor did it come with any kind of perks: I did not get let in free; it conferred no free samples or extra goodies; I was not plied with hats, shirts, glasses, and the thing absolutely did not give free entrance to master classes and seminars. In fact, it was so small and drab it could almost be overlooked altogether. Yet I was inordinately proud that I had one, and preened to all and sundry until I was brought down to earth by (who else?) The Little Caner, who asked in that ego-deflating manner he has perfected from his old age of fourteen, what it was good for.

In fine, just one thing: it allowed me to get in one hour earlier than everyone else, and since I usually try to arrive at the opening bell, this was a godsend, because it meant I could talk to some of the busier booth people without a crowd, before they got distracted. So there I was at 11a.m. on a sunny Sunday morning looking for old friends and new ones, and spotted Benoit Bail over at the Saint James stand. He was talking with Marc Sassier (the resident oenologist who is in charge of production at Saint James on Martinique) — I wandered over to say hello, and we started talking about white rhums, of which three examples were on the tabletop.

Now, I had tried that shudderingly powerful 60º colourless Hammer of Thor that was the Coeur de Chauffe earlier that year and Marc allowed it was definitely deserving of all the plaudits (it was a non-AOC pot-still white, unusual for Martinique). “But you should try the other two as well,” he said, pointing to the bottles. My eye went first to the frosted bottle of the 50% Fleur de Canne, and he suggested I try it after the 40% red-lettered version. “Forget the Imperial name,” he told me, “This rhum is the original, just watered down for the bartenders circuit. Good to start you off.”

Everyone laughed. “They are all sipping rums to someone,” Marc smiled, and he and Benoit courteously left me to try the soft white rhum. 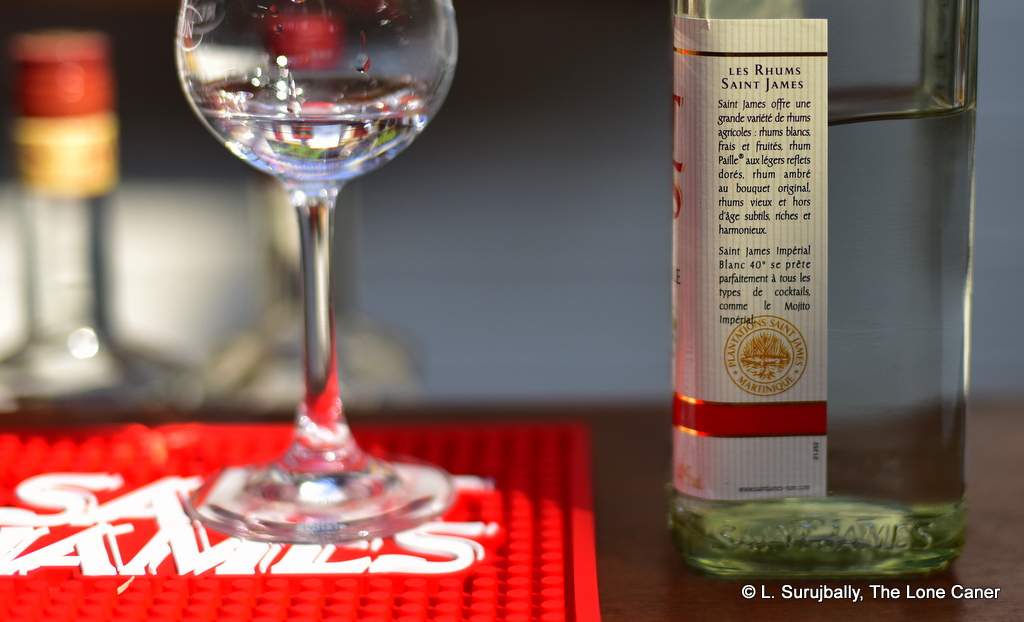 And indeed, I enjoyed the nose immensely – it had a nice lemony and herbal opening, like rain on freshly mown grass on a hot clear day. You could almost smell the sunlight. It had all the hallmarks of a really well made agricole rhum: herbs, dill, parsley and a trace of coriander; crisp cucumbers in sweet apple cider, with a red sweet pepper dropped in for kick. A lovely, clean aroma of a natural product.

I looked up from my note-taking. “All the usual?” I called over. “Cane juice, crushing within 48 hours of harvest, quick fermentation, creole still?”

Marc looked highly amused. “It would not have the “AOC” on the label without it,” he pointed out. And of course he was right: that appellation is very strict and fiercely adhered to — Saint James would hardly mess around with it. “Just checking,” I said, glad he wasn’t offended — maybe he knew me well enough from my writing to understand why I’d ask the question. He went back to his conversation, and I went back to my tasting.

I liked the palate, but here the softening to 40% and its more uncouth nature worked against it, and it lacked something of the finesse I expect from a well-made white. Now, the grassy, tangy freshness of the nose carried over – it was just weak and lacked the assertiveness that would make a statement and allow the flavours to pop. That said, there was some roughness in the notes of lime, bitters, tart fruits, sugar cane sap and green apples which was evident on the neat pour, and it was quickly over. The finish was as crisp and short, and as sharp as Mrs. Caner’s criticisms of my many failings…but it must be said that many of the aromas of the nose – tart apples, grass, dill, lemongrass – carry through. “It’s quite an experience,” I remarked later to Benoit and Mark, when we were discussing the rhums.

Saint James has a range of what some generously refer to as “starter” or “cocktail” rums. The Imperial Blanc, the first of these, retails for around €20, and is succeeded up the price and value chain by the Royal Blanc Agricole (50º, also red lettered label), then the blue-letter variation of the Rhum Blanc Agricole 55º and the rather more upscale frosted bottle of the Fleur de Canne (50º) which is sort of a special edition white, the last of the column-still unaged blancs before the Coeur de Chauffe blows them all into next week.

I’ve tried quite a few of these whites from the company, and the thing is, what impresses about the Imperial is its cost benefit ratio — it tastes well and noses even better for the first and cheapest rhum in that lineup. The profile is reasonably good, isn’t strong enough to offend or frighten, and provides most of what is required of a low-level intro to unaged agricoles. I wouldn’t go so far as to say it makes a great Ti’ punch – you need to go to 50º for that to happen, and Clement and Damoiseau provide stiff competition as well – but its very good at providing a flavourful jolt to whatever you feel like adding it to, even at standard strength. So while I wouldn’t say it’s a key rum of any kind, it certainly is tailor made for bars, and for anyone of lean purse who wants to start working on his knowledge of the blanc side.