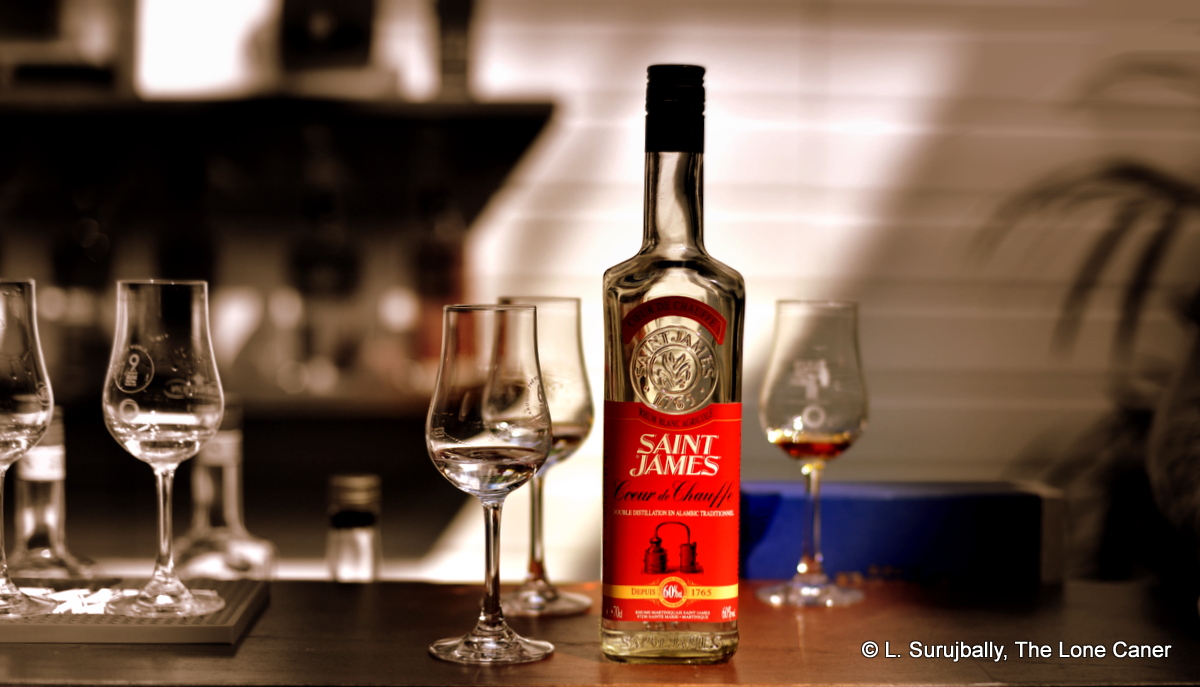 This is a rhum to drive you to tears, or transports of ecstasy, because it’s almost guaranteed that either you’ll regret you never tried it (though you’ll only know that after you do), or fall in lust with it immediately, then bang yourself over the head for not buying more when you did.  It’s a white rhum screwed tight to a screaming 60%, unaged, and made, Lord save us, from St. James’s old pot stills — which created a juice so unlike anything else from the island that people crossed themselves when they saw it, it couldn’t be labelled as an AOC, could not even be designated as Martinique rhum, and all we get is the almost embarrassed note that it’s made from “French Antilles.”

White rhums like this have a strong and cheerfully disreputable DNA, going back right to the beginning when all the various estates and plantations had was leaky, farty stills slapped together from cast-aside copper, steel dinner plates and maybe a leather shoe or three. We’ve had primitives like this before – the Sajous and the Paranubes come to mind, Sangar from Liberia, MIM from Ghana, South Africa’s Mhoba, the Barik rhums from Moscoso’s jury rigged column still, and even Habitation Velier’s 2013 Foursquare and TECA whites, and that mastodon of the L’Esprit from Guyana.  Yet I assure you, this innocent and demure looking pale yellow-white was on a level all its own, not just because of its origins, but because it hearkens back to rum’s origins while not forgetting a single damn thing St. James have ever learned in over two hundred years, about how to make sh*t that knocks you flat. 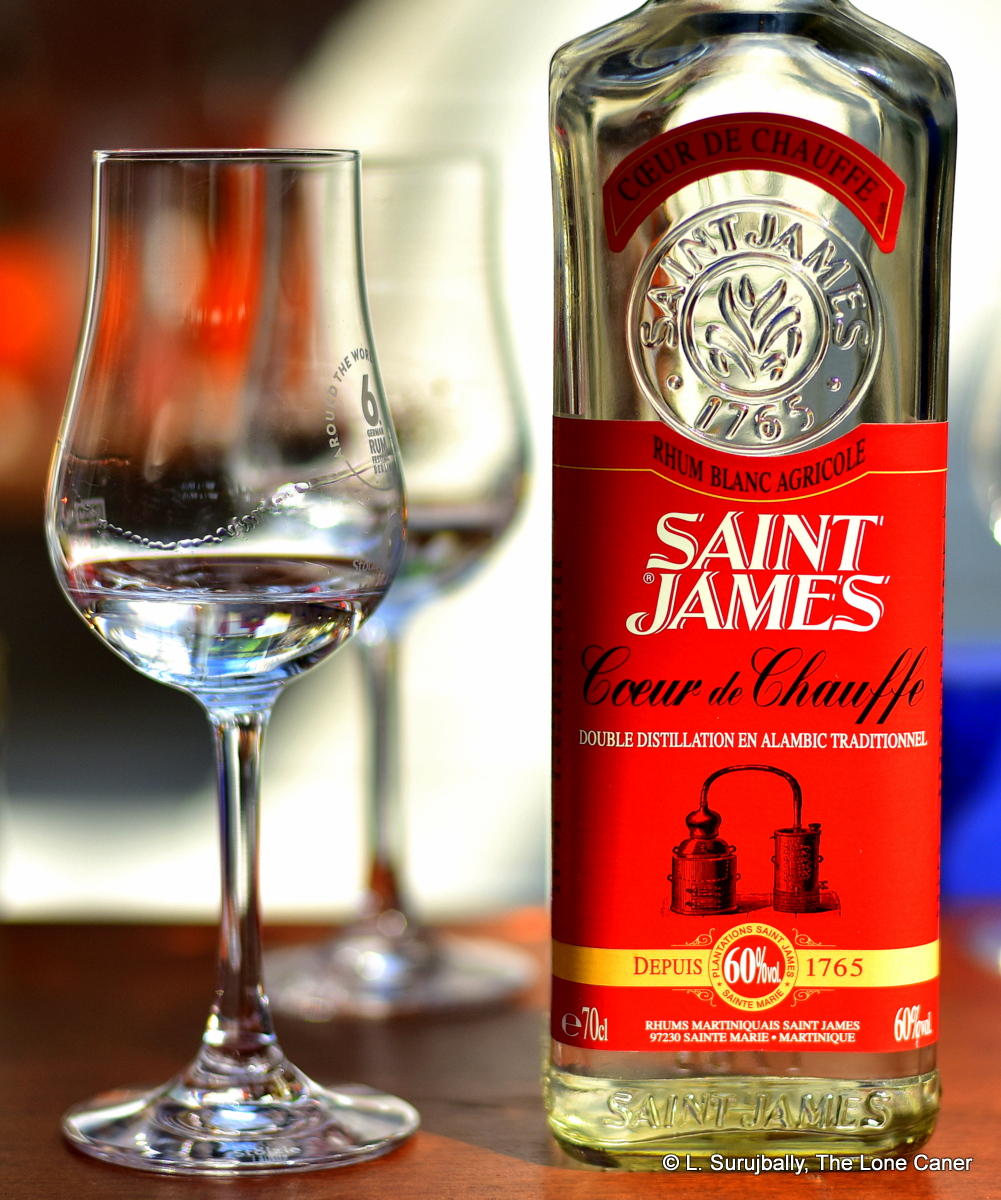 And also because, man, did this thing ever smell pungent — it was a bottle-sized 60-proof ode to whup-ass and rumstink.  A barrage of nail polish, spoiling fruit, wood chips, wax, salt, and gluey notes all charged right out without pause or hesitation, spoiling for a fight. Even without making a point of it, the rhum unfolded with uncommon firmness into aromas of sweet, grassy herbals, green apples, sugar water, dill, cider, vegetables, toasted bread, a sharp mature cheddar, all mixed in with moist dark earth, sugar water, biscuits, orange peel. And the balance of all of them was really quite good, truly.

Could the palate live up to all that stuff I was smelling? I got the impression it was sure trying, and it displayed an uncommon lack of roughness and jagged edges for something at that strength (the L’Esprit 85% white had a similar quality, you’ll recall).  It slid smoothly across the tongue before hijacking it with tastes of sugar water, white chocolate, almonds cumin, citrus peel and brine. Then, as if unsatisfied, it added ashes, warm bread fresh from the oven, ginger snaps, cloves, soursop…in all that time it never crossed into something excessively sweet or allowed any one element to dominate the others, and while it lacked the true complexity of a rhum I would call “great”, it didn’t fall much short either, and the finish wrapped things up with a flourish – warm, really long, with ginger, cinnamon,  herbs, citrus peel and bitter chocolate and sea salt.

Until 2019, the Coeur de Chauffe — “the Heart of the Distillation” — was an underground cult rum limited to no more than 5000 liters per year, sold only on Martinique itself. It is, in point of fact, not an AOC rhum at all since it is a pot still product. Having tried it twice now and come to grips with its elemental nature, I think of it as a throwback, an ancestor, an old-style white agricole from Ago. I appreciate it’s a rhum that will likely find only a niche audience and is not for the sweet-toothed who love gentler products; but anyone who loves his juice should one day try sampling something like this, if only to experience new tastes, or old ones expressed in different ways.  I drank it with St. James’s own more traditional Fleur de Canne 50% and some of DePaz’s work — yet somehow, even though they were all good, all tasty, it’s this one I remember for its fire and its taste and its furious energy. Clearly something so pungent and unique could not be kept hidden forever, and for all those looking for something interesting, perhaps even an alternative to some of Jamaica’s funky bad boys, well, here may just be the droid you’re looking for.