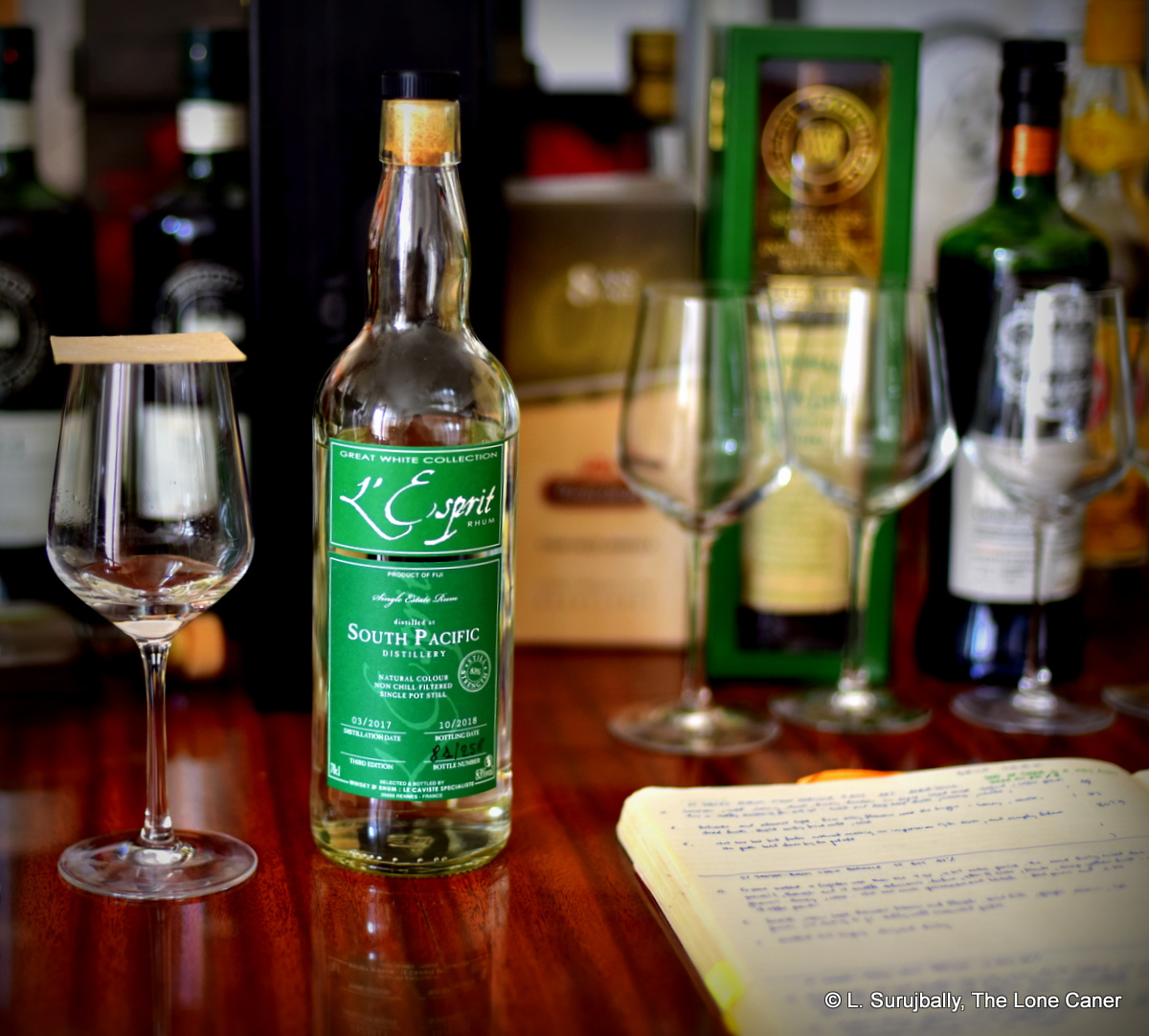 Still-strength, he calls them, in an effort to distinguish the massive oomph of the two blancs from those wussy cask-strength sixty percenters coming out of babied barrels periodically hugged and stroked by a master blender. I mean, it’s obvious that he took one look at the various aged expressions he was putting out at 70% or so, shook his head and said “Non, c’est encore trop faible.” And he picked two rums, didn’t bother to age them, stuffed them into extra-thick bottles (for safety, you understand) and released them as was. Although you could equally say the Diamond at 85% terrified him so much that he allowed a drop of water to make it into the Fijian white, which took it down a more “reasonable” 83%.

As for the taste, well, what do you expect, right? Short version – it was distilled awesomeness sporting an attitude and a six-demon bag. Sweet, light but seriously powerful, falling on the tongue with the weight of a falling anvil. Sugar water and sweet papaya, cucumbers in apple vinegar. There was brine, of course, bags of olives and a nice line of crisp citrus peel. The thin sharpness of the initial attack gave way to an amazing solidity of taste and texture – it was almost thick, and easy to become ensorcelled with it. Pungent, fierce, deep and complex, a really fantastic white overproof, and even the finish didn’t fail: a fruity french horn tooting away, lasting near forever, combining with a lighter string section of cucumbers and peas and white guavas, all tied up with ginger, herbs and a sly medicinal note.

Longtime readers of these meandering reviews know of my love for Port Mourant distillate, and indeed, the MPM White L’Esprit put out excited my admiration to the tune of a solid 85 points. But I gotta say, this rum is slightly, infinitesimally better. It’s a subtle kind of thing – I know, hard to wrap one’s head around that statement, with a rum this strong and unaged – and in its impeccable construction, in its combination of sweet and salt and tart in proper proportions, it becomes a colourless flavour bomb of epic proportions…and a masterclass in how an underground cult classic rum is made.