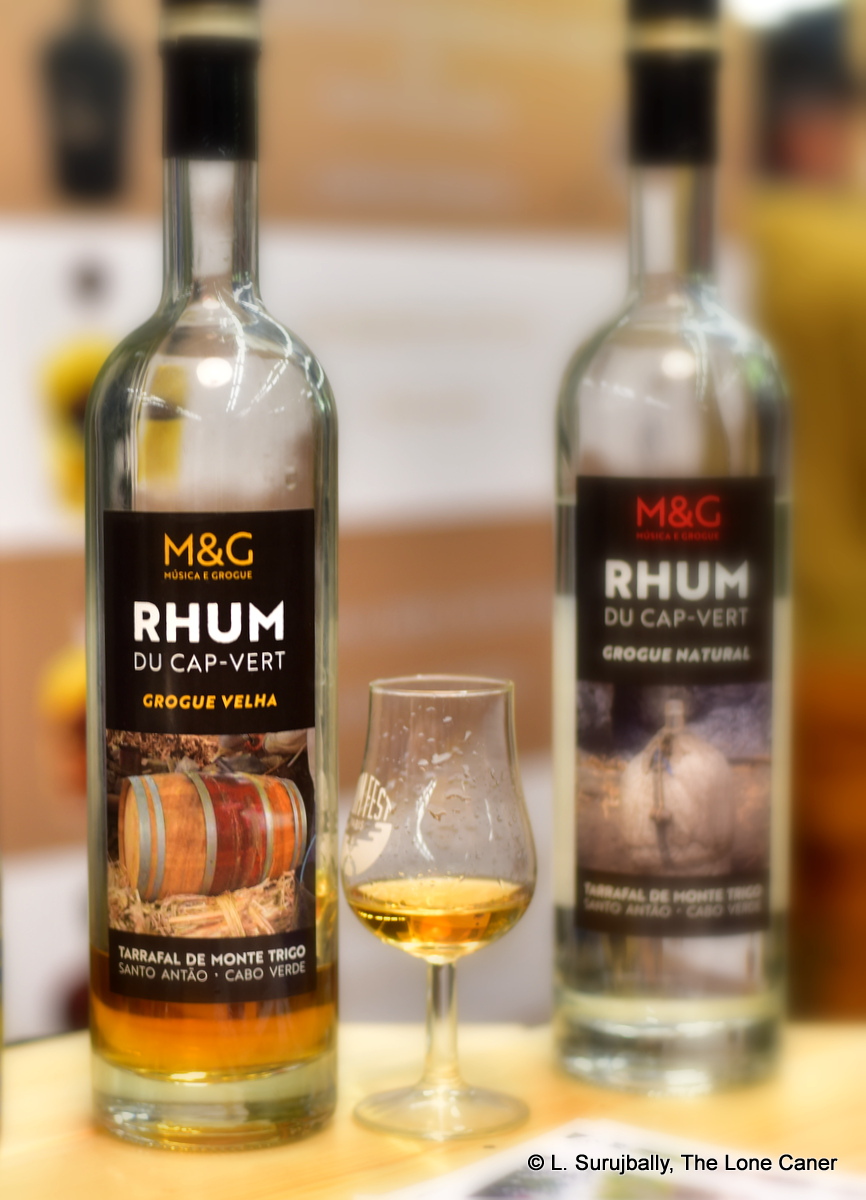 M&G out of Cabo Verde, as noted in the review of their tasty little white, stands for Musica e Grogue, a hat tip to the love of island music and island rum that characterized the founders, Jean-Pierre Engelbach (with his fascinating involvement in the dramatic and musical arts over the decades), and Simão Évora, a local Cabo Verde grogue producer and music-devotee. Using one of the five grogue producers in the tiny village of Tarrafal (population = 450, stills = 5, a stat that fascinates everyone who’s ever read it) they produce two main products, the white, and a slightly more out-of-nappies version, the Velha which stands for “aged” in the local vernacular.

Essentially, the Velha is just their white grogue that’s been allowed to sleep a while longer. It has the same 10-15 day natural fermentation of organic, cane-derived juice, and the same distillation in a fire-fed pot still, which is then collected and set to mature. Now, back in 2017 they obtained eight oak barrels imported from a French winemaker from the Gaillac terroir (Brocol varietal), and not having a warehouse, proceeded to dig a cellar for them in the middle of the village (!!), and left the grogue to age there for 13 months, then bottled it in 2018 with an outturn of less than a thousand bottles — 604, to be exact — captured at a firm 44%.

With such a short ageing cycle we might be anticipating something a bit off the reservation, slightly tamed by the barrels and the sub-50% strength. Naah, not really. It smelled sweet and soft, of fanta and sprite and a bowl of red olives. There was a whiff of anise and vanilla and oak and coffee grounds, and after some minutes, also raisins, dates, figs, and aromatic pipe tobacco, flowers and a sly little wine note set off by just a hint of lemon zest. 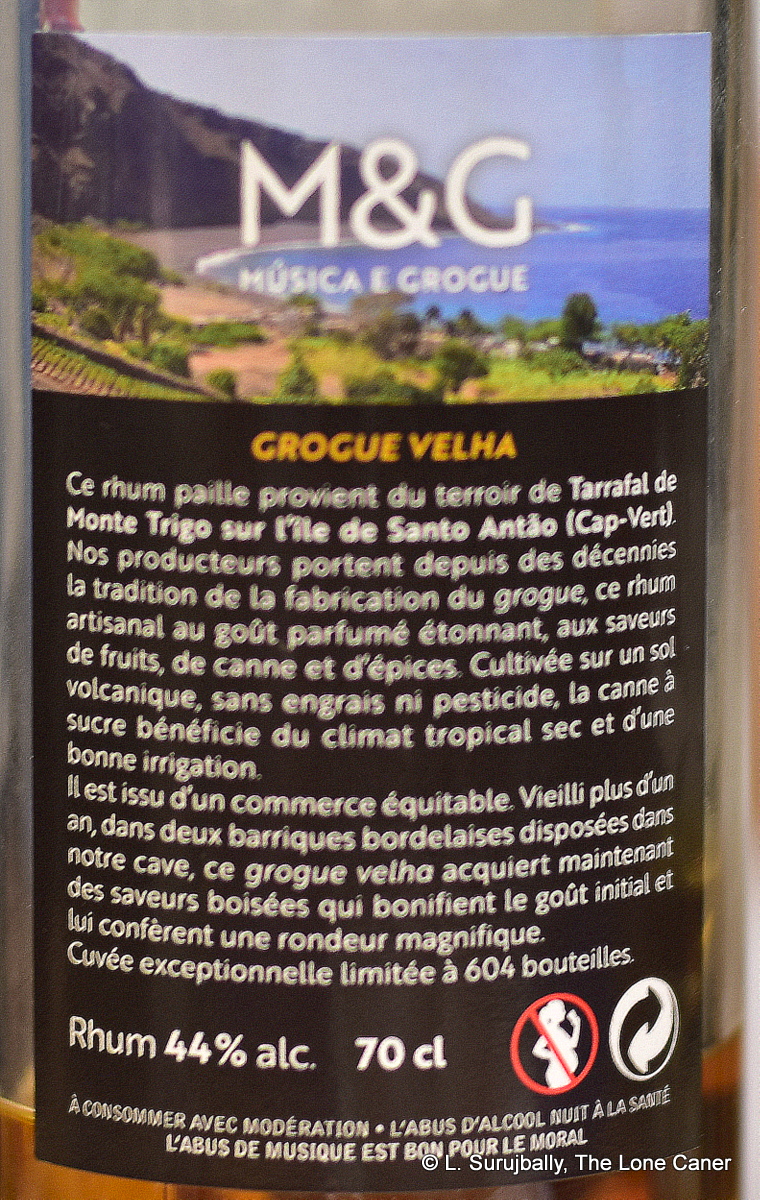 That was quite a medley on the nose, yet oddly the palate didn’t have quite have as many tunes playing. It was initially briny with those olives coming back, a little peanut brittle, salt caramel ice cream, vanilla, all held back. What I liked was its general softness and ease of delivery – there was honey and cream, set off by a touch of citrus and tannics, all in a pleasant and understated sort of combination that had a surprisingly good balance that one would not always imagine a rhum so young could keep juggling as well as it it did. Or as long. Even the finish, while simple, came together well – it gave up some short and aromatic notes, slightly woody and tannic, and balanced them out with soft fruits, pipe tobacco, coffee and vanilla, before exhaling gently on the way out. Nice.

Since I’ve started searching out and encountering these rums from Cabo Verde, I have been wondering about the dichotomy between how I had thought they would taste and how they actually tasted. That misconception – mine, at any rate – derived from an almost complete lack of familiarity with Cabo Verde grogues. So far I’ve tried just a few, but those few have impressed me quite a bit. While not yet world beaters, they show that the best new rums (or undiscovered old ones) are not always the biggest names or those with the loudest voices or even the best reputations, because we just don’t know enough about so many of them, even now. The M&G Velha and the Natural — quietly and cogently and without fuss — make the point that when these rums become available, it’s well worth giving them a try even if we never heard of them before, just to see where else rums can go, how well they can be made, and how good they can taste.

While the Velha and the white are the main products of the company, M&G also make a number of grogue-based punches at around 22-25 % ABV that are flavoured with local fruit.

“This blonde rum comes from the terroir of Tarrafal of Mont Trigo on the island of Santo Antao (Cape Verde). For decades, our producers have been carrying on the tradition of making the Grogue, an artisanal rum with a surprising flavor, with tastes of fruit, cane and spices. Cultivated on a volcanic soil, without fertilizer or pesticide, the sugar cane benefits from dry tropical climate and good irrigation

It comes from a fair trade. Aged for more than a year in Bordeaux barrels available in our cellar, this grogue velha has acquired woody flavors that enhance the original taste and confer a beautiful roundness.