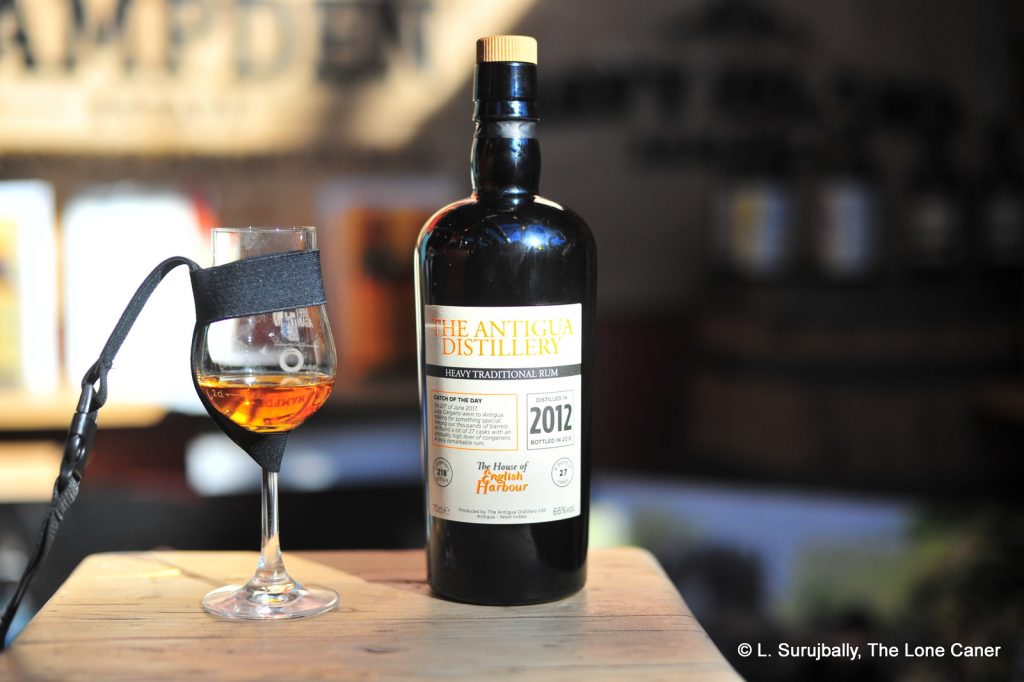 Not only was the Antigua Distilleries’ English Harbour 1981 25 YO the very first rum review posted on this site, but for a long time it was also one of my personal top sipping rums (as well as the highest priced), and ever since, I’ve had a fond place in my heart for their work. In 2017 I tried their new sherry matured rum and was impressed and intrigued at the directions in which they were going – but the 2012 rum issued the following year as part of the Velier 70th anniversary collection, that one was something really special. I haven’t tried the single barrel offering at 68.5% from this batch, but for my money, this one at 66% is among the very best from Antigua I’ve ever tried. 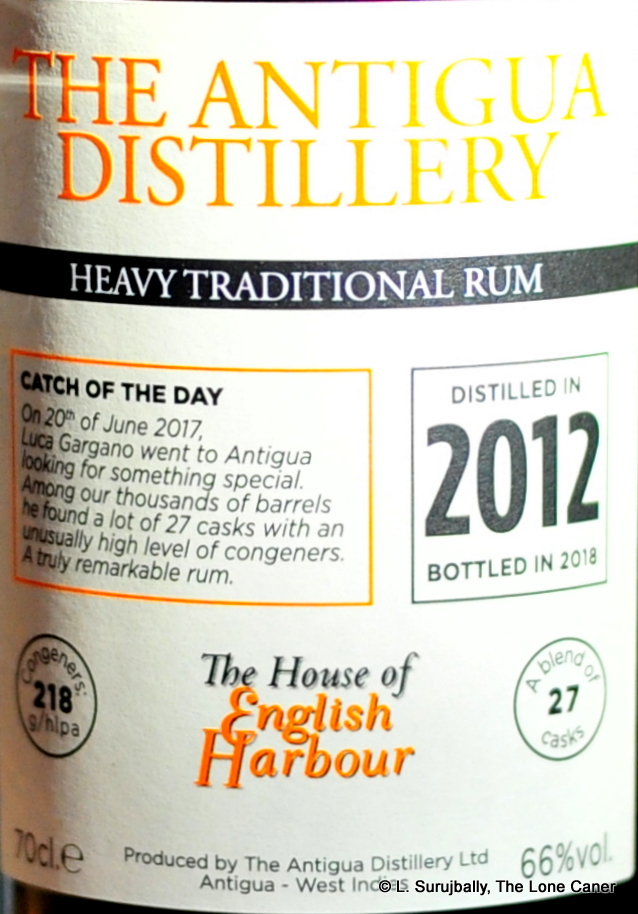 To be honest, the initial nose reminds me rather more of a Guyanese Uitvlugt, which, given the still of origin, may not be too far out to lunch. Still, consider the aromas: they were powerful yet light and very clear – caramel and pancake syrup mixed with brine, vegetable soup, and bags of fruits like raspberries, strawberries, red currants. Wrapped up within all that was vanilla, cinnamon, cloves, cumin, and light citrus peel. Honestly, the assembly was so good that it took effort to remember it was bottled at a hefty 66% (and wasn’t from Uitvlugt).

Velier, who distributes the 2012 is not, of course, an independent bottler — if they were, they’d hype themselves out of shape, market the hell out of their own releases as Velier bottlings, and never give the kind of prominence to the distiller of origin as they have since the Age of the Demeraras. Luca has always respected the source of his rums, and felt he acted as a facilitator, an educator, bringing together three points of the triangle – his own ideas, others’ best rums and the audience’s amorphous, oft-unstated, unmet and unarticulated desires. At the intersection of these forces lies the desire to find, to chose and to issue rums that are brilliantly assembled, superbly tasty, and exist to shed new sunshine on the land of origin in general and the distillery of make in particular. That’s exactly what’s been achieved here, with every one of their wishes being granted by what’s been trapped in the bottle for us to enjoy.