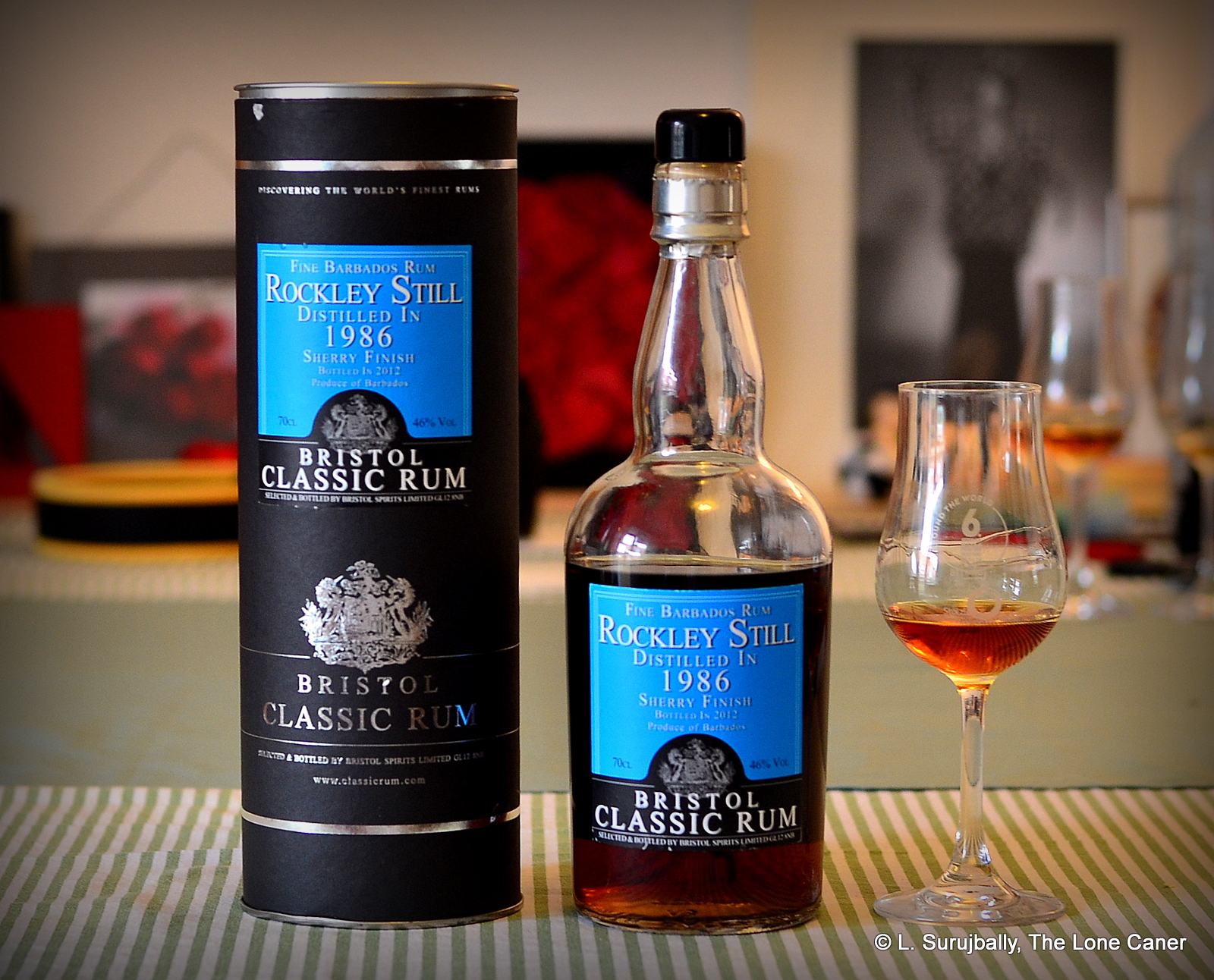 My friend Henrik from Denmark told me once that he really dislikes the rums of WIRD. “There’s just something off about them,” he grumbled when we were discussing the output from Little England, the development of the Foursquare Exceptionals, and the Velier collaborations. On the other hand, another rum-kumpel from Germany, Marco Freyr, has no problems with them at all, and remarked that he could absolutely pinpoint any Rockley Still rum just by sniffing the glass (I have since come the the conclusion that he’s absolutely right). Coming to this Bristol Spirits rum after a long session of Bajan bruisers made by the Compagnie, Cadenhead and Foursquare themselves, I can sort of see both points of view, but come down more on the positive side, because I like the variety of tones and tastes which indie WIRD rums provide. And this one? I liked it quite a bit.

We hear so much about the rums of Mount Gay, St. Nicholas Abbey and Foursquare, that rums made by/from WIRD often get short shrift and scant mention. It’s not even seen as a true distillery of the sort that makes its own name and marks its own territory (like Foursquare, Hampden, Worthy Park or DDL do, for example). But WIRD does exist, even if the majority of its rums come to us by way of the European independents (most of its output is sold as either bulk stock to brokers, goes into the Cockspur brand, or to make the coconut-rum-liqueur Malibu which for some obscure reason, Grandma Caner simply can’t get enough of). 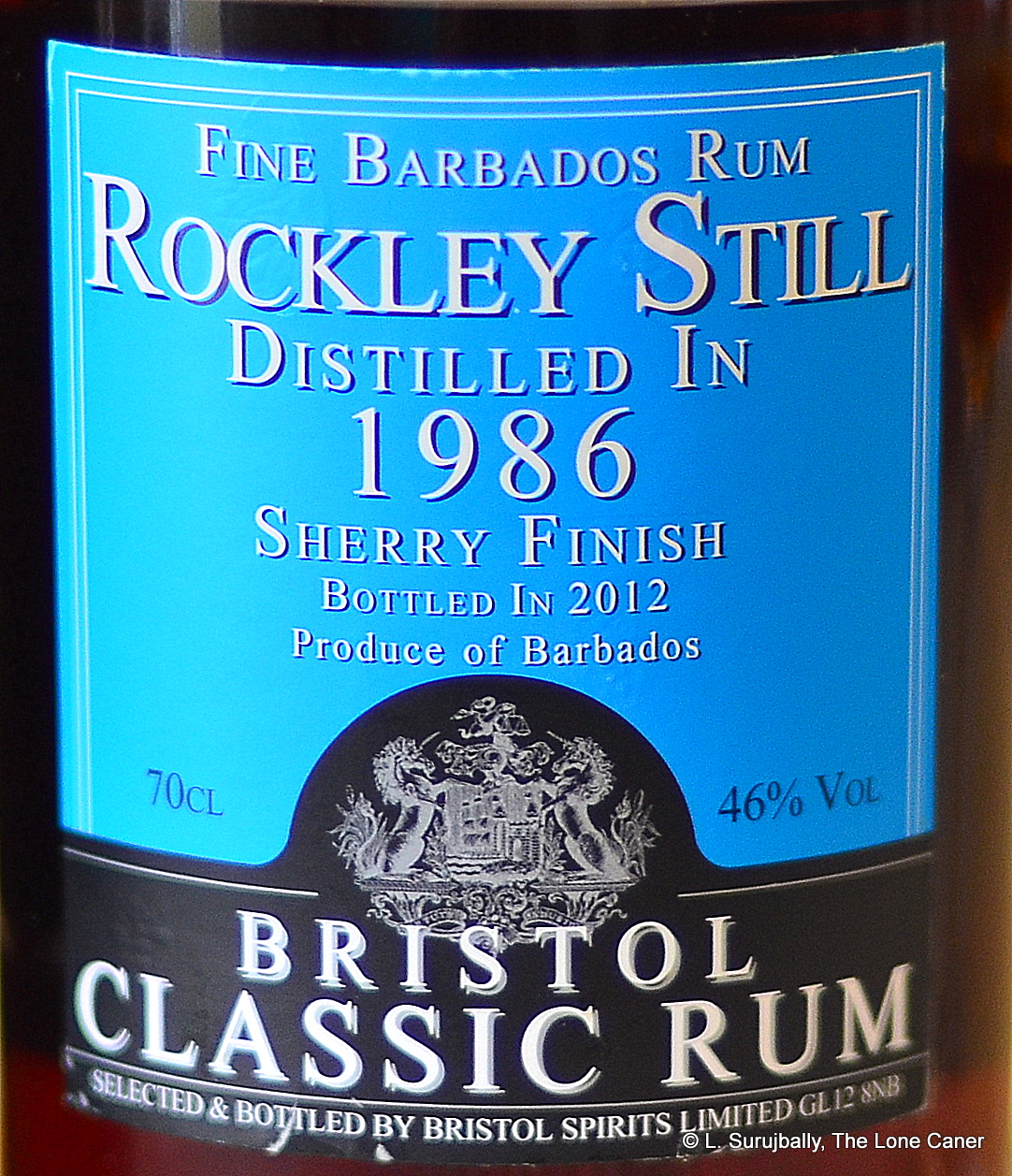 And differ it does. No smooth, well-constructed melange of pot and column still product here, redolent of spices and soft fruits. Oh no. For openers, this rum’s nose was meaty: like licking a salty maggi cube dropped into a pot of chicken stock liberally dosed with sweet soy sauce. All of this develops over time (fortunately, because I had soup for lunch and didn’t want any in my glass as well) into waxy pungency leavened with a sort of sweet rich fruitiness (cherries, ripe peaches, apples) which then further combined with a forceful sherry/madeira finish that at times verged on being overdone….even medicinal. The nose was so at odds with everything I had alongside it, that one could be forgiven for thinking this was not a Bajan rum at all…it nosed that different.

Still, it was much better to taste than to smell. It was warm and reasonably smooth, though with a bite here or there to remind you it wasn’t fully tamed; its tastes were of caramel, dollops of thick dark honey on fresh toasted dark bread, camomile, thyme and cough drops. Iodine and medicinals are thankfully held way back (a pencilled-in line, not a brightly coloured oil by Frazetta, you might say). Also burnt sugar, stewed apples and some ripe cherries and the tart tastiness of soursop, ginnip and sour cream rounded things off, before lapsing into a relatively short, fruity, and honey-like finish that breathed easy fumes and then hurriedly exited the scene.

Overall, it was a rich rum, full bodied, a little oaky, quite fruity after opening up, and that sherry influence — perceptible but in no way overwhelming — was enjoyable. In fact, the overall integration and balance of this thing is really quite good, and it provides a pleasing counterpoint to more popular and better known rums from the island, which by itself makes it worth a try. One does not have to be a deep-dive Bajan rum aficionado, parsing the minutest details of different vintages, to appreciate it for what it is, a well made Bajan rum that dares to go off on a tangent.

There’s a reason I want WIRD rums to continue to make it to the public glassware, even if it’s just second hand, via the independents (now that Maison Ferrand has taken over, it’s only older rums from European brokers they’ll get, I’m thinking). They’re different, very different, existing in some kind of joyous parallel universe where mothballs, fruits and cloves mix it up in a dusty spice cupboard and the result is peculiarly drinkable. They are, in their own way and possibly because of their relative obscurity, fascinatingly off-base. I haven’t met many so far, but those I’ve tried I’ve liked, and sure hope more will turn up in my glass in the years to come.