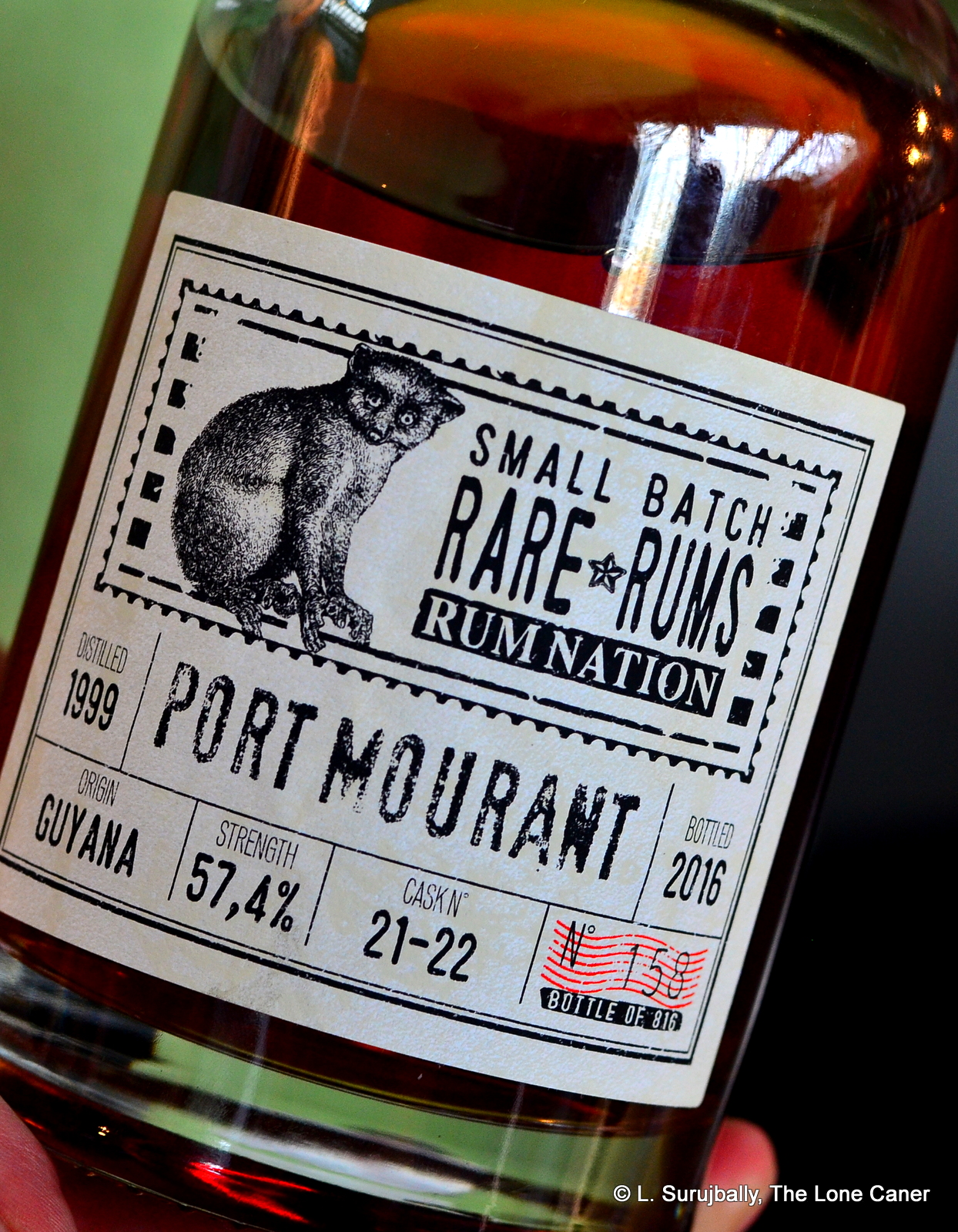 Let’s be honest – 2017 is the year of FourSquare.  No other company since Velier’s post-2012 explosion on the popular rum scene, has had remotely like this kind of impact, and if you doubt that, just swim around the sea of social media and see how many references there are to Triptych and Criterion in the last six months.  Which is admittedly an odd way to begin a review of a competing product, but I wanted to mention that for all the (deservedly) amazing press surrounding the latest hot juice in the rumiverse, there remain equally solid names as well, who may not be as glitzy but have great products nevertheless, reliably issued year in and year out. 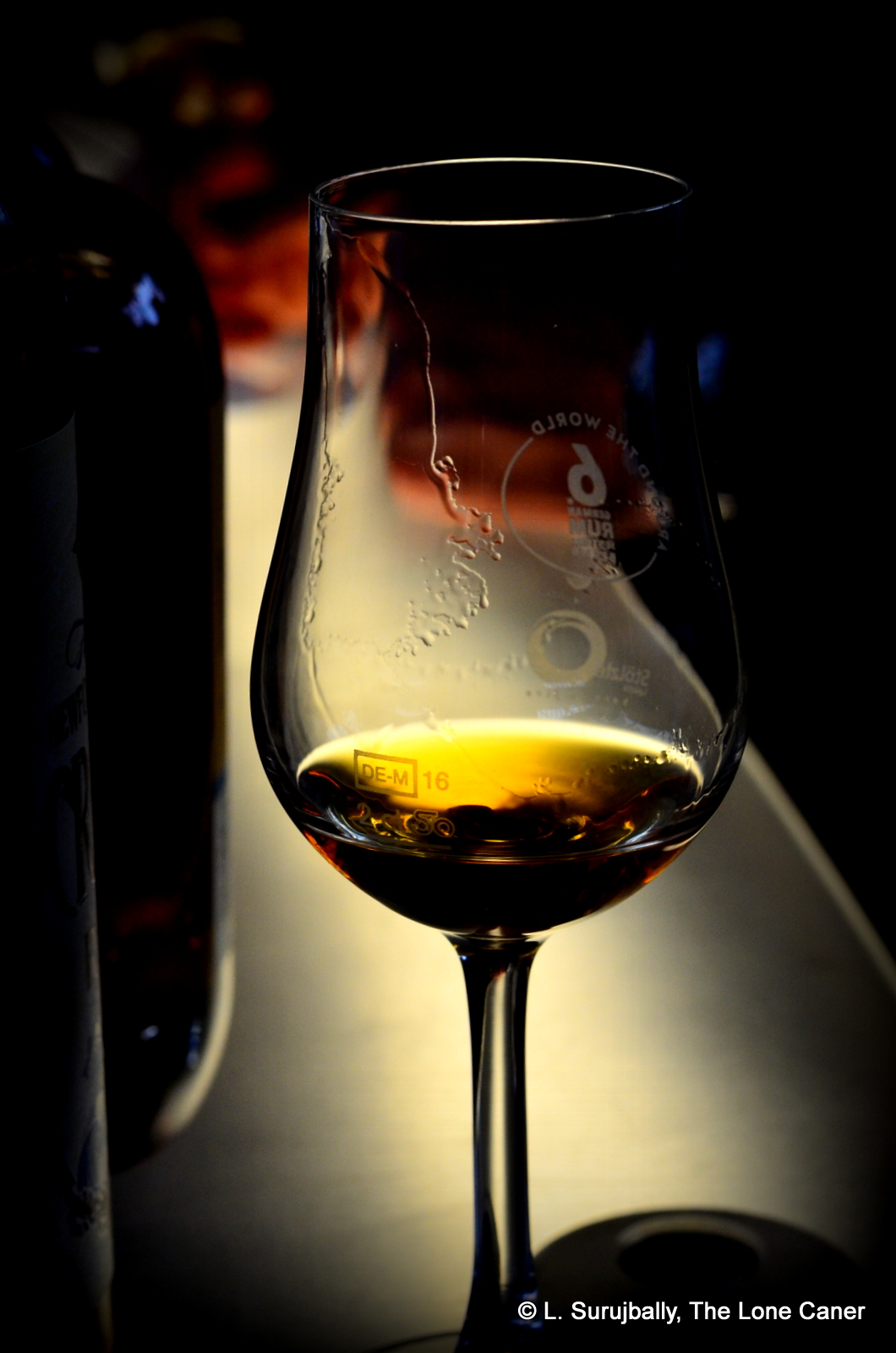 One of these is Rum Nation, which remains — after all the years since I first came across them in 2011 — among my favourites of all the independents. Their entry level rums, which usually sell for under a hundred dollars, are relatively standard proofed and are pretty good rums for those now getting into something different from mass-produced “country-brands” (even though they suffer from the dosage opprobrium that also on occasion sullies Plantation’s street cred). And because they are made from several barrels, usually have outturn in the thousands of bottles so there’s always some left to buy.  But the real gems of the Rum Nation line are — and always have been — the Jamaican Supreme Lord series, and the aged Demeraras, all over twenty years old, and all bottled at an approachable strength of under 50% (dosing remains a fierce bone of contention here and is somewhat inconsistent across the line).  At least, they were at that strength, because Rum Nation, never being content to rest on their laurels, decided to go a step further.

In 2016, bowing to the emerging trend for cask strength, Rum Nation introduced the small batch “Rare Rums”.  These are much more limited editions of rums north of 50% and so far hail from Jamaica (Hampden), Reunion (Savannna) and Guyana (Enmore, Diamond and Port Mourant) – they are much closer to the ethos of Samaroli, Silver Seal, Ekte, Compagnie des Indes Danish and Cask Strength series, and, of course, the Veliers.

This also makes them somewhat more pricey, but I argue that they are worth it, and if you doubt that, just follow me through the tasting of the 57.4% 2016 Batch #2 Port Mourant, which started off with a nose of uncommonly civilized behavior (for a PM) – in a word, arresting.  With a spicy initial attack, it developed fleshy fruit, anise, licorice, spicy to a fault, adding prunes, plums, yellow mangoes, deep deep caramel and molasses, more licorice…frankly, it didn’t seem to want to stop, and throughout the exercise.I could only nod appreciatively and almost, but not quite, hurried on to taste the thing. 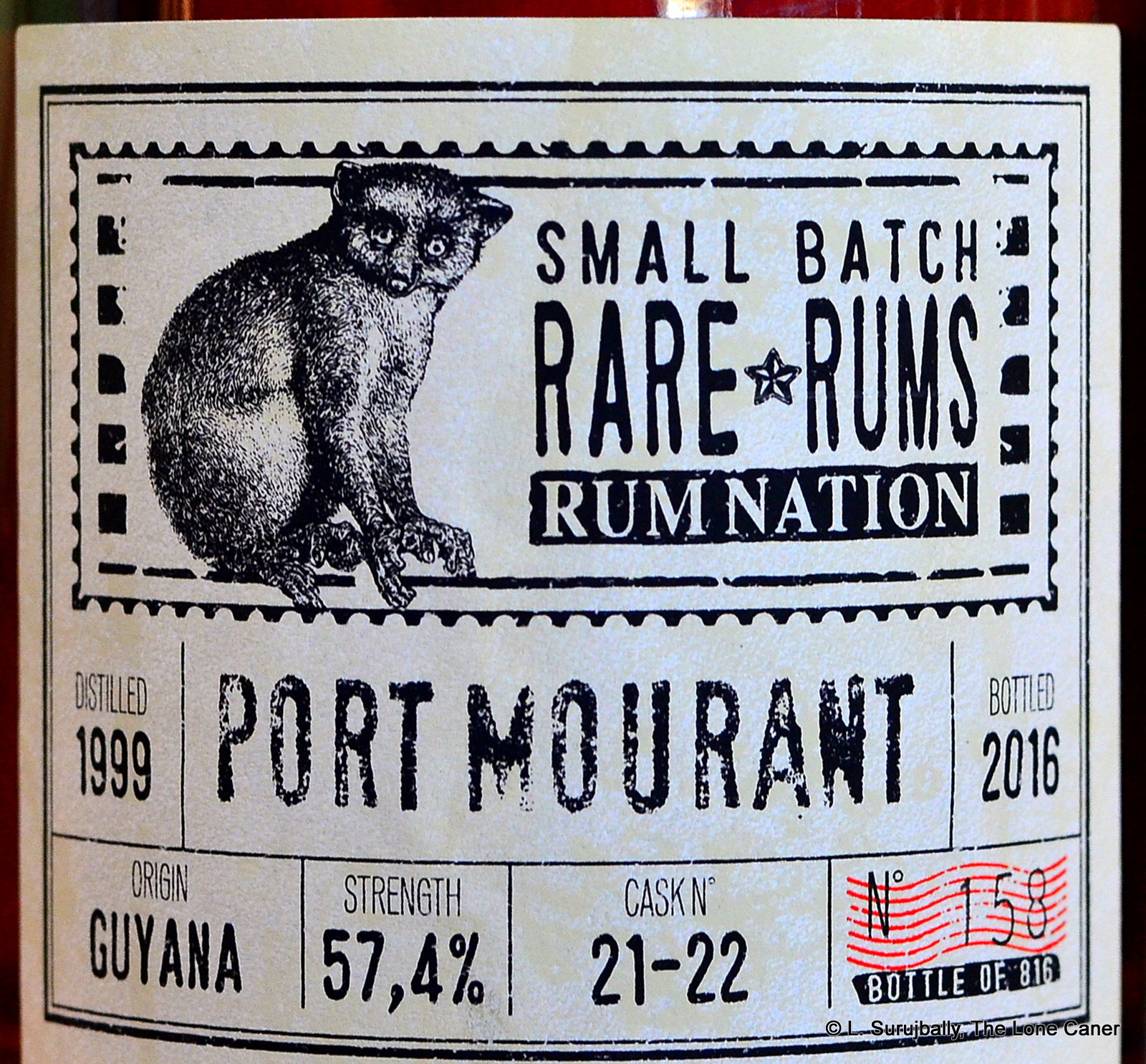 I am pleased to report that there were no shortcomings here either. It was warm, breathy and rich.  It may have come up in past scribblings that I’m somewhat of an unredeemed coffee-swilling chocaholic, and this satisfied my cravings as might a well-appointed Haagen-Dasz store: dark unsweetened chocolate, a strong latte, caramel, anise and burnt sugar, which was followed – after a touch of water – by dark fruit, raisins, figs and a touch of salt and bite and harshness, just enough to add character.  I was curious and wondered if it had been tarted up a mite, but honestly, whether yes or no, I didn’t care – the rum was still excellent. Rum Nation took two casks and wrung 816 bottles out of them, and I can assure you that not a drop was wasted, and even the finish – long, warm, breathy, piling on more chocolate and creme brulee to a few additional dark fruits – was something to savour.

This rum (and the Small Batch Rare Collection 1995 21 year old I tried alongside it)  exemplifies what I like about RN.  Honestly, I don’t know how Fabio Rossi does it.  Back to back, he issued two rums which were years apart in age, and their quality was so distinct, they were so well done, that I scored them both almost the same even though they were, on closer and subsequent inspection, appreciably different sprigs from the same rum branch.  No, it’s not the best PM ever (or even from RN itself), and is eclipsed by its own brother issued in the same year…but it’s a variant in quality not many other makers could have put out the door.  It’s a rum that is quite an experience to drink, and if I like the 21 better, well, it’s only a quarter-second, half a nose and a single point behind…and that’s no failure in my book.  Not by a long shot.