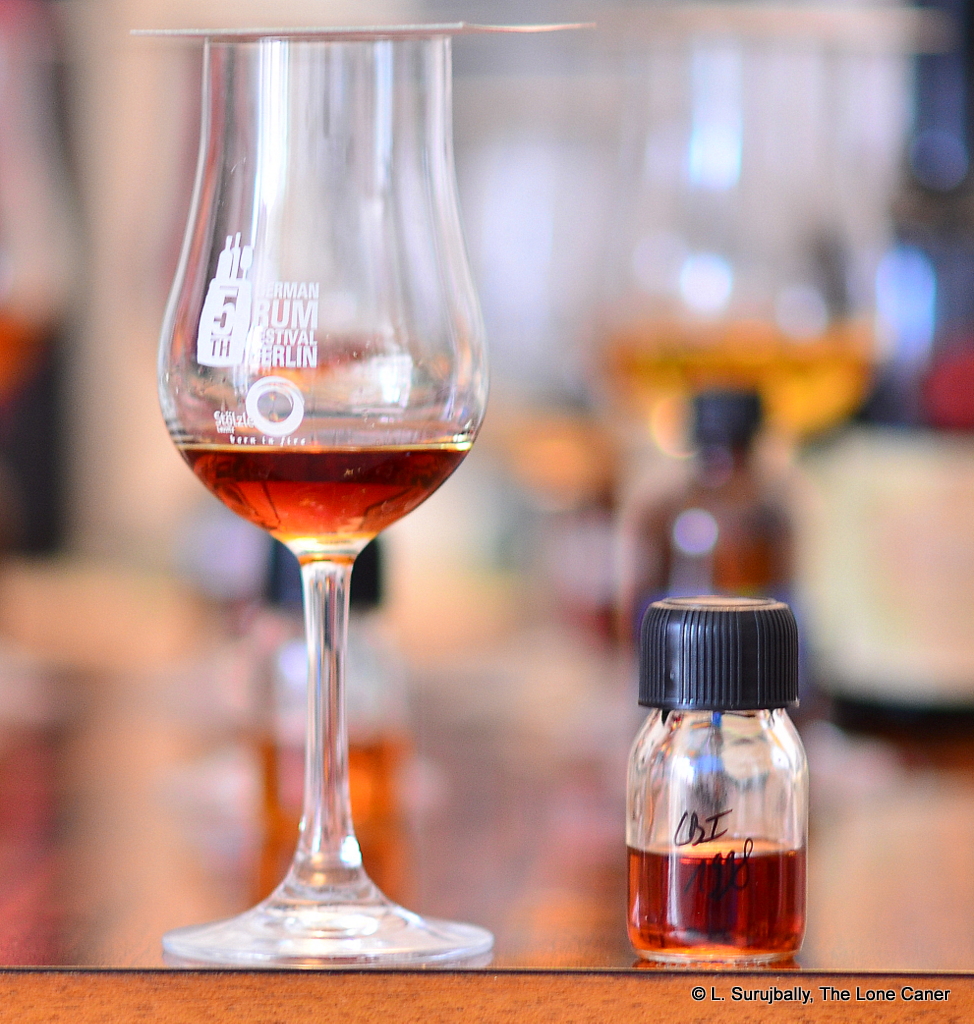 The LBI 1998 starts out with a nose that is on the good side of remarkable, but not quite edging into wow! territory. That’s not at all a criticism, just an observation that it lacks the sort of rabid uniqueness that characterizes many of Velier’s legendary rums, and therefore this one may be among the most accessible “regular rum” profiles ever made by the company (if one discounts the earlier 40% offerings like the LBI 1985 or the Enmore 1987 that were bottled by Breitenstock and can’t really be considered part of the oeuvre). It starts with deep acetones, nail polish and some faint rubbery notes, which dissipate like wafts in a breeze, without fanfare, giving over to dark fleshy fruits, bags of raisins and some anise. For some rums this would be the end of the affair – not here. Waiting a few minutes brought other aromas to the table (without every losing the edge the previous ones had displayed) – crème brulee and orange chocolate, prunes, dates, plums and something like overripe bananas, all in excellent balance, no single note stealing the show, yet all being distinct and noticeable by themselves. 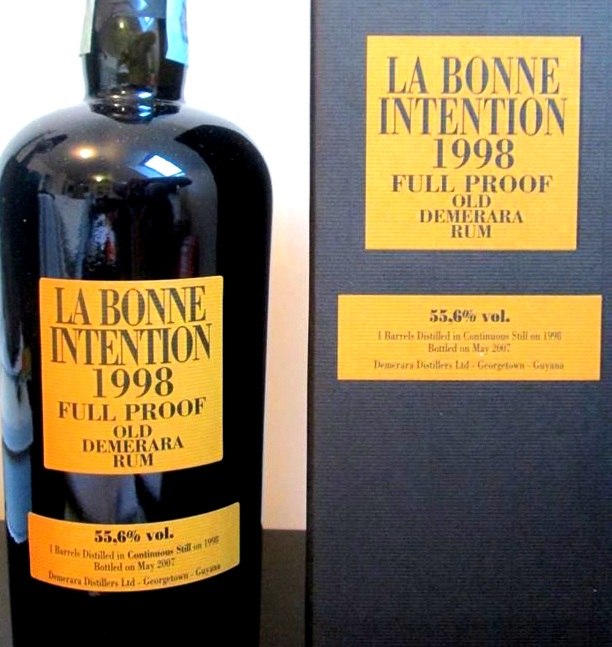 The rum remained true to everything the nose had promised, and was really good on the palate, with the strength being, in my opinion, just about right. It was dryish and warm, with heft and forceful profile without every becoming too aggressive. The core of the whole thing was some vanilla and salty caramel, very faint molasses, and then the procession of subtler flavours began — again raisins, plums and prunes, some dates, even some blackcurrants and grapes. With water there were additional hints of leather and smoke, with perhaps a bit too much of the bitterness of oak at the tail end, but fortunately not overbearingly dominant and did not seriously detract from the overall profile. All of this lasted for quite some time – it was quite oily on the tongue, which was pleasant – concluding with steady, mellow notes of mostly caramel, raisins and black cake plus a few extras. I should remark that the finish was nicely creamy, being offset with just enough sharpness and florals to give it a bit of an edge that made the conclusion quite a good one…sort of an exclamation point to the proceedings one might say.

Now we’re talking. The La Bonne Intention (LBI) 1998 is so different from the 1985 I looked at before (I tried them side by side), that to all intents and purposes it’s a different rum altogether, not the least because this really was bottled by Velier (not Breitenstock). The famous black bottle and standard label were part of the deal, plus, and how could you not love this, it was bottled at a firm 55.6% and tropically aged…so all Velier’s bunting was on show flying in the breeze, in this pretty nifty nine year old rum.

For the box tickers among you readers, here are the basic details. The rum’s derives from a plantation named La Bonne Intention on the East Coast of the Demerara river not too far from Georgetown but the rum was not actually distilled there but in Uitvlugt and probably in a Coffey column still (the label remarks on being made on a continuous column still). This bottle came from a single barrel, issued in 2007 at 55.6% and 274 bottles were issued. With that small an outturn being issued ten years ago, the chances of anyone outside a collector ever finding one is probably (and disappointingly) very small…or very expensive.

Does the name of LBI actually mean anything in the context of this label? Beyond some interesting history, I’d suggest not, because we have no mental map of its coordinates in the tasting rumiverse. For rums like the Port Mourants and Enmores, yes, the name means a lot when distinguishing a particular profile. FourSquare in Barbados, sometimes. Hampden or Worthy Park in Jamaica, sure. Savanna in Reunion, oh yes, and Caroni over in Trinidad, without a doubt. These are rums made with such distinctiveness and such unmistakeable profiles that even amateurs like me can tell them apart from the regular run of Caribbean rums (or Caribbean rum wannabes). Still, whatever the name, and however it lacks the instant taste-recognition of those rums noted above, there’s nothing wrong with the LBI at all. It’s a solid, impressive rum from La Casa de Luca, with many strong points and very few weak ones, and perhaps the only thing stopping rum junkies like us from praising it to the heavens are the better ones issued by the same house. So, no – it’s not in the pantheon of the Skeldon 1973, PM 1974 or UF30E 1985 (or the Caputo 1973, ha ha) … but it’s still a very good rum, and just goes to show that with an outfit that knows what it’s doing, even their second tier rums are way above the juice that far too many producers are touting as top-end super-premiums.