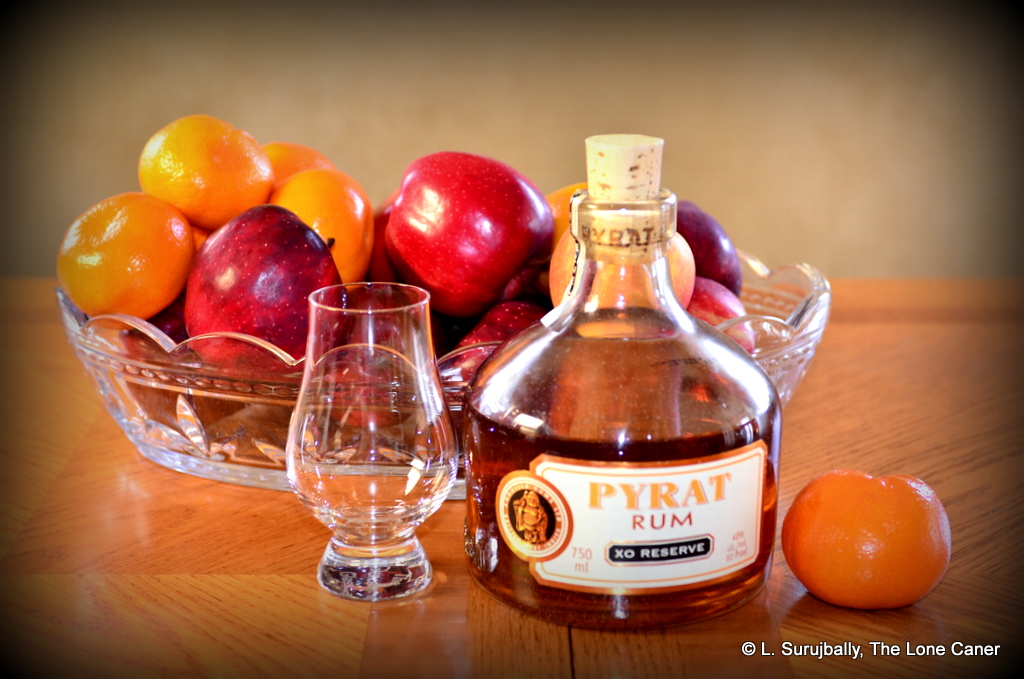 It may sound sacrilegious to even mention this 15 year old product of Anguilla in the same breath as Bundie, but when you think about it, Bundaberg is without question one of the unique rums in the world: one may despise it and spit after mentioning its name, but there’s no denying it stays with you. It’s like the dark reflection of the EH25.  And Pyrat (pronounced “pirate”) is another one like that which, love it or hate it, will not soon be forgotten.

While made in Anguilla, it isbended and bottled at DDL’s facilities in Guyana, and then imported to North America by a company out of Nevada called Patron spirits (I don’t know whether the Nevada company owns or has shares in the  producer but maybe the rum is just made under contract).  It has a squat, bottom heavy bottle reminiscent of the old pirate bottles (embedded in our mental imagery of the world by what must be a thousand movies), and an amber, clear colour verging on the orange. It is a blend of different 15-year-old rums aged in used whiskey or bourbon barrels, and bottled at 40% strength.

I must concede Pyrat’s is a pretty unique middle-end rum, although cheaper than one would expect for a 15-year old (~$40). The first thing that hits you after you remove the cork is the citrus nose.  Yes there’s sugar and vanilla and caramel notes in there too, but they are almost clobbered into insensibility by the attack of the orange marmalade and citrus peel flavouring (and to some extent, by the spirit as well – this has a sharp bouquet).  The taste is similar: a little harsh, mid-level burn, medium finish…and those orangey notes just keep on going forever. It’s like you are drinking a liquid orange bathed in burnt sugar, with just enough whiskey aftertaste to stop this from being classed as a liqueur (it’s a close run thing, however).  Very, very distinctive: like the Bundie, you could taste this blind and know exactly what it is.

Did I like it?  Texture, yes, taste, not at all.  It conflicted a little with my sense of what a rum should taste like – I was startled by how intense the orange was – but it was smooth enough and mellow enough for me to appreciate it more as the evening wore on. The flavour sort of darkened over the hours and became heavier, which I sort of enjoyed.  That said, I’m not entirely sure this as good as it could have been for the kind of ageing it has undergone: the Venezuelan Diplomatica Exclusiva Reserva was a lot better for about the same price. I must concede that as a mixer (3:1 in favour of the Pyrat’s) this lights up a coke like the 1st of July, and is even better when one adds a lime wedge, so all is not lost.

But maybe the Last Hippe has had the last laugh after all: because I’ve been spoiled to think of 10-year-olds and better as sippers, the way whiskeys are.  And when older rums like this one fall just short of the mark, then unique or not, I must simply state that my preference is not always for the uniqueness of taste or flavour, or even the superlativeness of the texture and feel on the tongue, but on the relative ranking of this baby to other fifteen year olds I like.

And while I appreciate Pyrat’s as a crazy unique drink in a class all its own, I must say — all pundits to the contrary — it’ll never entirely be one of my favourites. 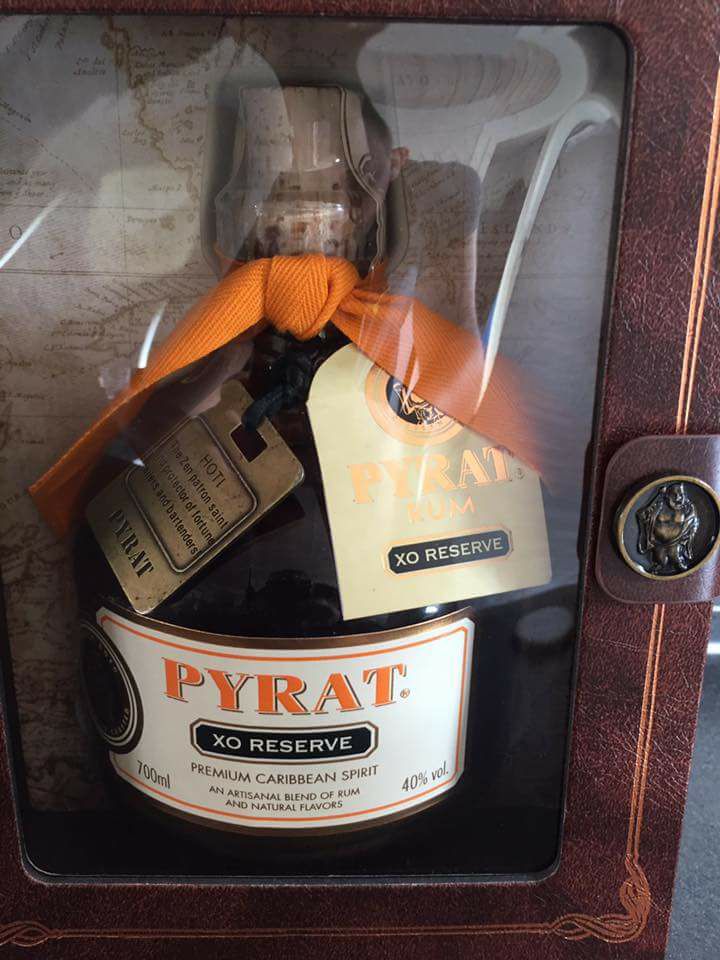