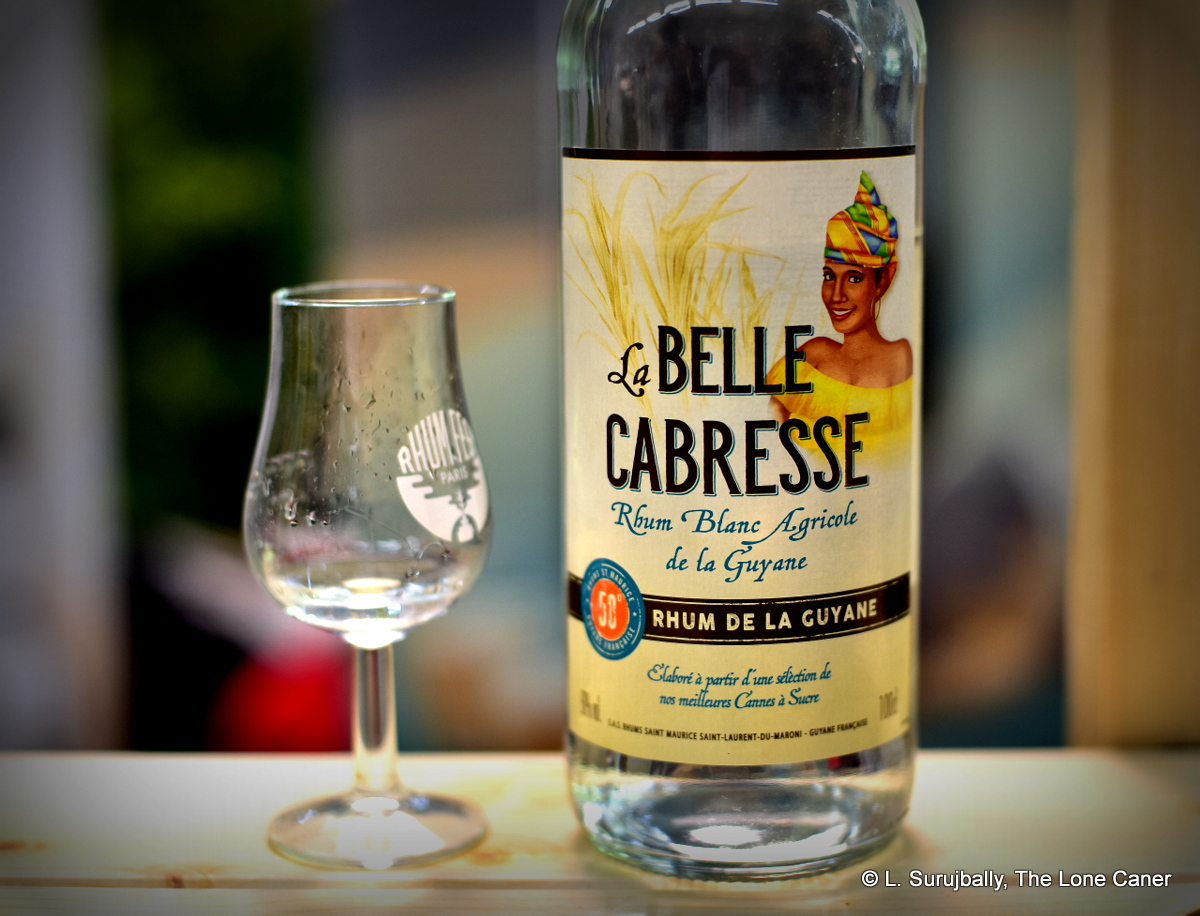 In case you’re wondering, in the parlance of the Francophone West Indies the term “cabresse” (or “chabine”) refers to a light skinned mulatto, what Guyanese would call a dougla gyal – not altogether politically correct these days, but French Caribbean folks have always been somewhat more casual about such terms (witness the “Negrita” series of rums, for example) so perhaps for them it’s less of a big deal. The rum in question comes from French Guiana in this case, made there by the same distillery of St. Maurice which also provides the stock for the rhums of that little indie out of Toulouse, Toucan. It is now the only distillery in the country, though back in the 1930s there were about twenty others.

The blanc is the standard white rum of the company and the brand name of La Cabresse – other brands they make are La Cayennaise and La Coeur de Chauffe, none of which I’ve tried thus far. Like all their rums, its a column still product based on a 48-hour fermentation cycle of the fresh cane juice harvested from their own fields, and it’s bottled at what could almost be seen as a standard for whites, 50% ABV. And that’s sufficient to give it some heft while not being too milquetoast for a hard charging bar cocktail.

Certainly it gives the flavours ample room to emerge. It’s self-evidently a cane juice rhum, redolent of fresh wet grass, sugar cane sap, swank, and white fruits like ripe pears and guavas, and without any tart tang or bite. There’s a touch of avocados, brine and olives mixed up with lime leaves, and a clear hint of anise in the background. 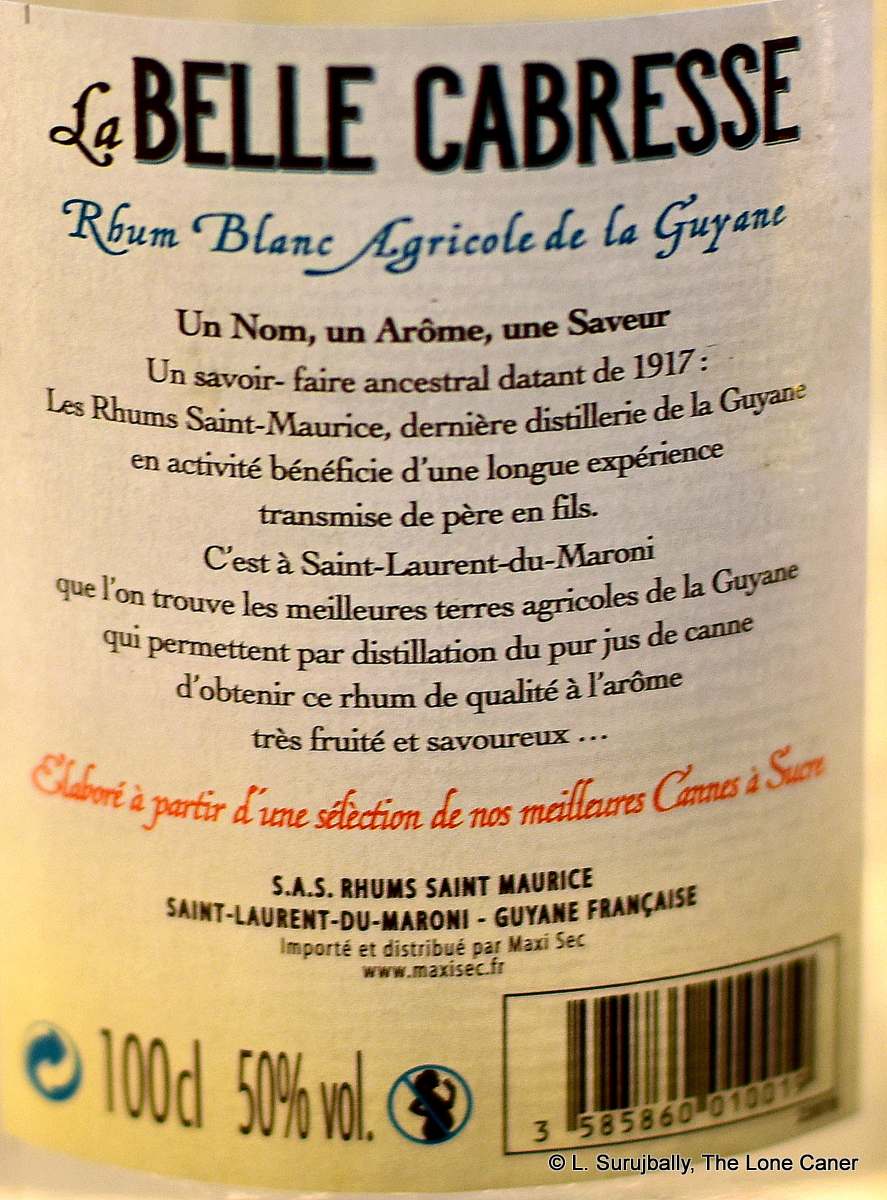 The rhum presents as warm rather than hot or sharp, so relatively tame to sniff, and this continues on to the palate. There a certain sweetness, light and clear, that is more pronounced in the initial sips, and the citrus notes are more noticeable, as are the brine and slight rottenness. What’s most distinct is the emergent strain of ouzo, of licorice (mostly absent from the nose until after it opens up a bit) … but fortunately this doesn’t take over, integrating reasonably well with tastes of clear bubble gum and strawberry soda pop that round out the crisp profile. Finish is medium long, dry, sweet, warm Guavas and white fruits and watery pears mingle with oranges and citrus peel and a slight dusting of salt, and that’s just about the whole story.

When it comes to French island rums, agricoles or otherwise, my attention tends to be attracted more by the whites than the majority of the aged rhums. It’s not that the older rhums are bad by any stretch – quite the reverse, in fact – just that I find the whites fascinating and original and occasionally just plain weird. There’s usually something interesting about them, even when they are perfectly normal products. Perhaps it’s because I was raised on whites that were too often bland, lightly-flavoured and inoffensive and just served their purpose of providing a jolt of alcohol to a mix, that I appreciate rums willing to take a chance here and there.

Not all whites conform to that, of course, and this one isn’t going to break the mould, or the bank, or your tonsils. It’s a perfectly serviceable mid-level white rum, nothing extra special, nothing extra bad. It’s not a crazy screaming face-melter, nor a boring, take-one-sip-and-fall-asleep yawn-through. I’d suggest it’s a little too rough to take neat, while also lacking that element of crazy that makes you want to try it that way just to prove you could; and at the same time it is sprightly enough to boost a cocktail like a Ti’Punch real well. At the end, then, you could with justification state that La Belle Cabresse remains one of those all-round rhums which doesn’t excel at anything in particular, but provides solid support for just about everything you want it for.