There was a lot of rum floating around Italy in the post-WW2 years, but not all of it was “real” rum; much was doctored miscellaneous plonk based on neutral alcohol. I tried some a few times, but a brief foursome with a trio of Italian Rum Fantasias from the 1950s, carelessly indulged in back when I was young and irresponsible, left me, as all such things do, with little beyond guilt, a headache and a desperate need for water. Even way back then — when I knew less but thought I knew more — I was less than impressed with what those alcoholic drinks had to offer. I’m unsure whether this rum qualifies as one such, but it conforms to the type enough that mention at least has to be made.

The company of the Antoniazzi Brothers operated out of the small northeast-Italian town of Conegliano, in the county of Treviso. Initially my researches showed they were in existence in the 1950s, which suggests they were formed in the post war years as spirits merchants. But it became clear that not only had they been active in 1926 as grappa makers – the region is famous for the product, so that makes sense – but a document from 1950 shows on the letterhead that they had been founded in 1881.  Who the founder was, who the sons were and the detailed history of the company will have to wait for a more persevering sleuth.

Still, here’s what we can surmise: they probably started as minor spirits dealers, specialising in grappa and expanded into brandies and cognacs. In the 1950s onwards, as Italy recovered from the second World War, they experimented with Fantasias and liqueurs and other flavoured spirits, and by the 1970s their stable had grown quite substantially: under their own house label, they released rum, amaretto, brandy, sambuca, liqueurs, gin, scotch, whiskey, grappa, anise and who knows what else. By the turn of the century, the company had all but vanished and nowadays the name “Antoniazzi” leads to legal firms, financial services houses, and various other dead ends…but no spirits broker, merchant, wine dealer or distiller. From what others told me, the spirits company folded by the 1980s. 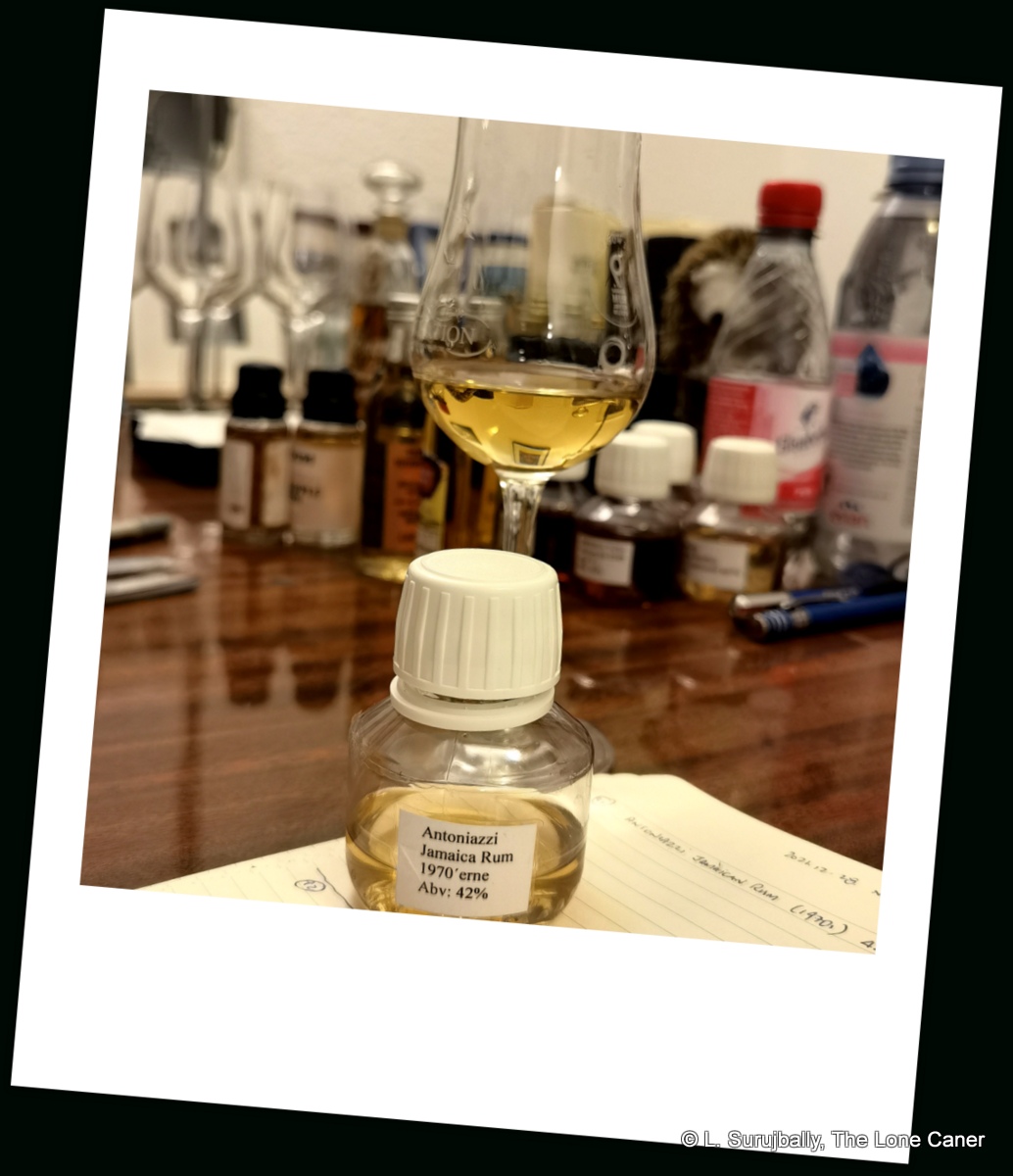 Nose – Very light and floral, with bags of easy-going ripe white fruits; not tart precisely, or overly acidic; more creamy and noses like an amalgam of unsweetened yoghurt, almonds, valla essence and white chocolate. There’s also icing sugar and a cheesecake with some lemon peel, with a fair bit of vanilla becoming more overpowering the longer the rum stays open.

Finish – Nice, flavourful and surprisingly extended, just not much there aside from some faint hints of key lime pie, guavas, green tea and flambeed bananas.  And, of course, more vanilla.

Thoughts – It starts well, but overall there’s not much to the experience after a few minutes. Whatever Jamaican-ness was in here has long since gone leaving only memories, because funk is mostly absent and it actually has the light and crisp flowery aromatic notes that resemble an agricole. The New Jamaicans were far in the future when this thing was made, yet even so, this golden oldie isn’t entirely a write off like so many others from the era.

Rhum Fantasias were to be found in the 1950s through the 1970s as the Italian versions of Vershnitt or Inlander (domestic) rums such as had been popular in Germany in the 1800s and early 1900s (they may have existed earlier, but I never found any). This class of spirits remains a brisk seller in eastern Europe: Tuzemak, Casino 50º and Badel Domaci, as well as today’s flavoured spirits, are the style’s modern inheritors.  They were mostly neutral alcohol – vodka, to some – to which some level of infusion, flavouring or spices were added to give it a pleasant taste. To the modern drinker they would be considered weak, insipid, over-flavoured, over-sugared, and lacking any kind of rum character altogether. Fifty years ago when most people didn’t even know about the French islands’ rums, Jamaica and Barbados were the epitome of ‘exotic’ and Bacardi ruled with a light-rum-mailed first, they were much more popular. 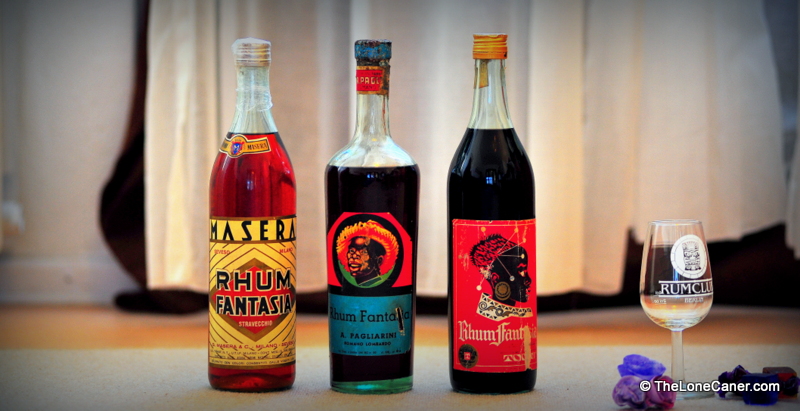 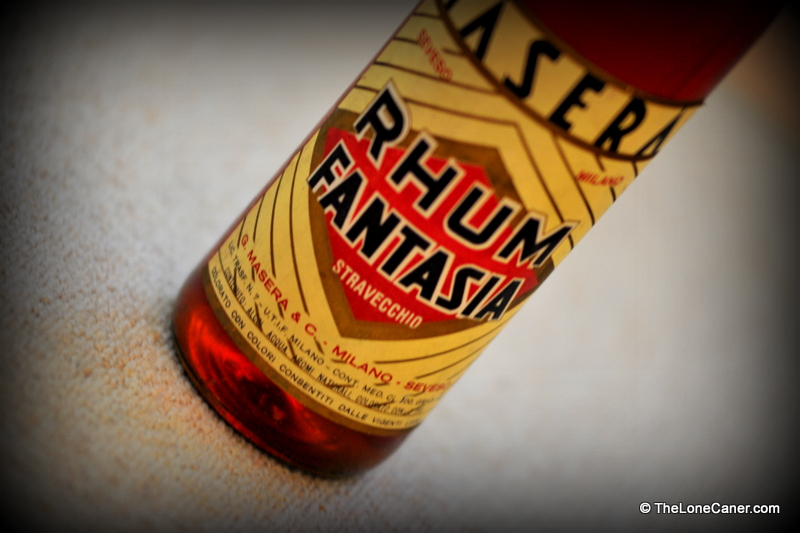 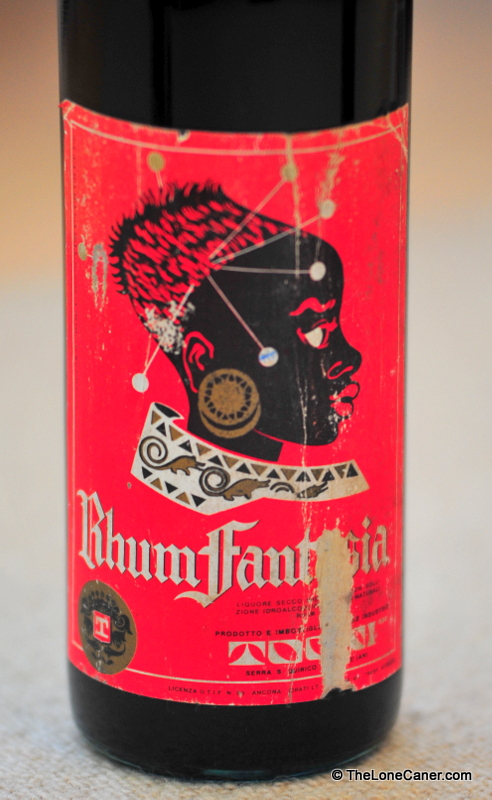 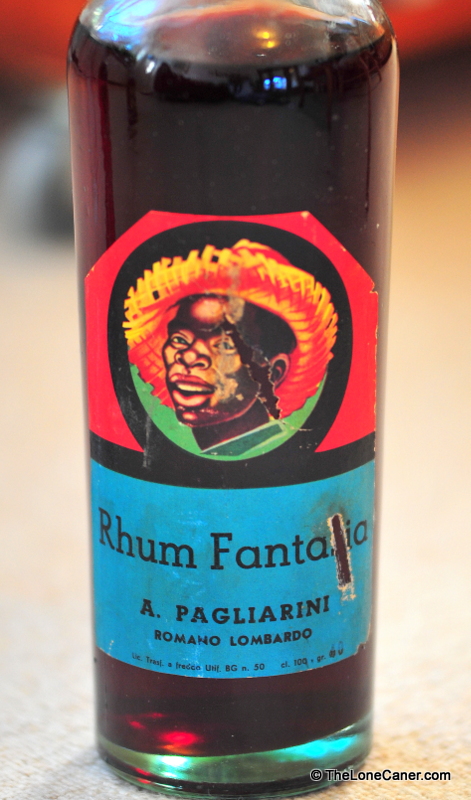