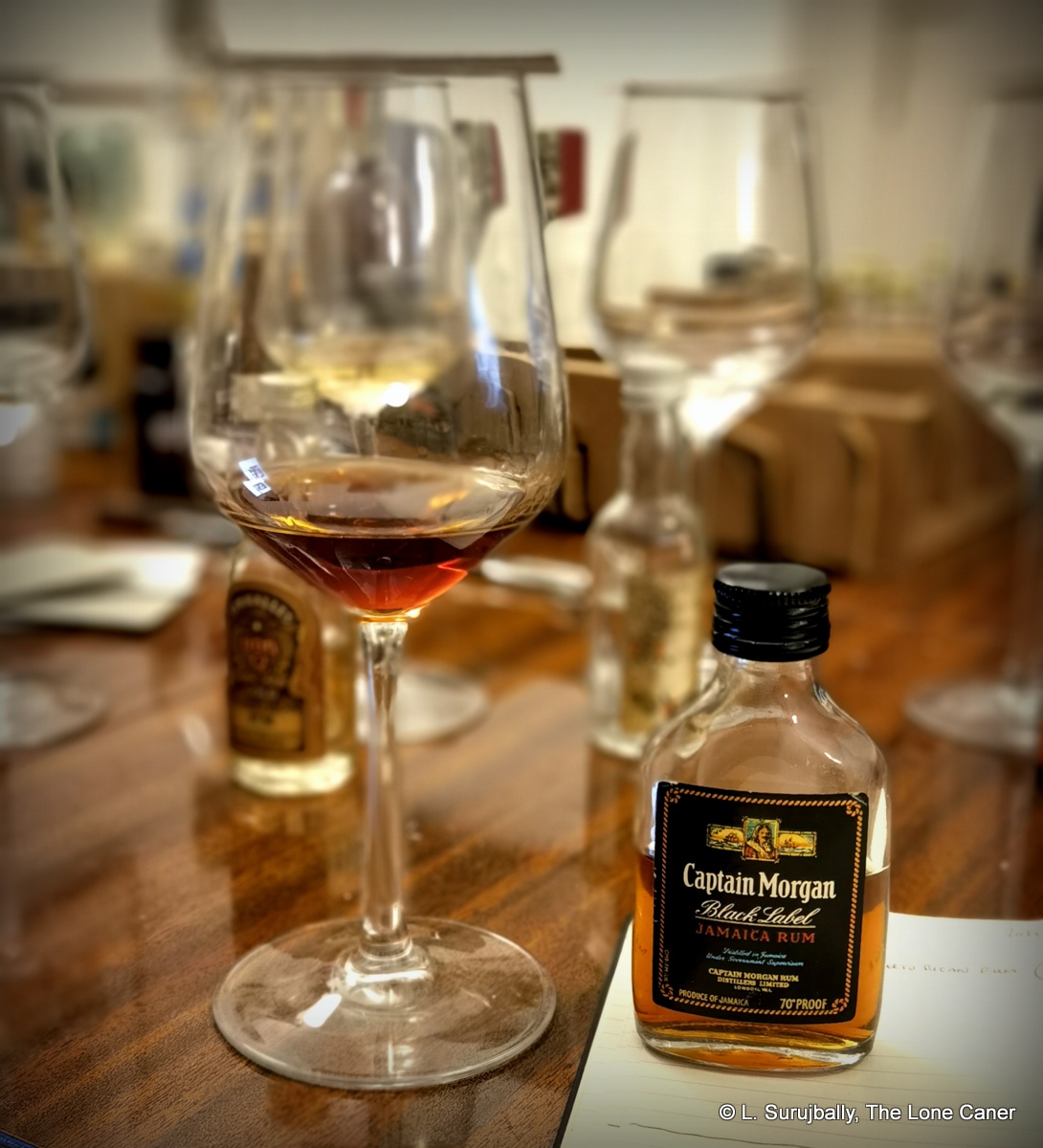 Captain Morgan was not always the dismissed and derided global rum-killer which has been its lot since it nose-dived into a vat of overspiced and insipid distillate where Diageo put it. But the original spiced-rum recipe — which Samuel Bronfman of Seagram’s bought from the local Jamaican pharmacy of the Levy brothers in 1944 when he had bought the Long Pond Distillery — long predated Diageo’s acquisition. It’s just that Seagram never made it the centrepiece of the brand the way Diageo did.

For a long time Seagram’s used rums from around the Caribbean to make blends under various brand names (see other notes, below). The Black Label rum looked at here, for example, was a Jamaican rum — we can assume from Long Pond — and there are other now-discontinued variations such as the blend of Jamaica, Guyana and Barbados rums (also under the Black Label brand) made in the early 1980s. In 1984, still owned by Seagram’s, they introduced the “Original Spiced” Captain Morgan rum which soon became enormously popular. So it isn’t all Diageo (or Vivendi, which had merged with Seagram’s a year earlier), and if this Captain Morgan Jamaican rum from the 1970s has been tarted up, well, it’s at least done with a little restraint. 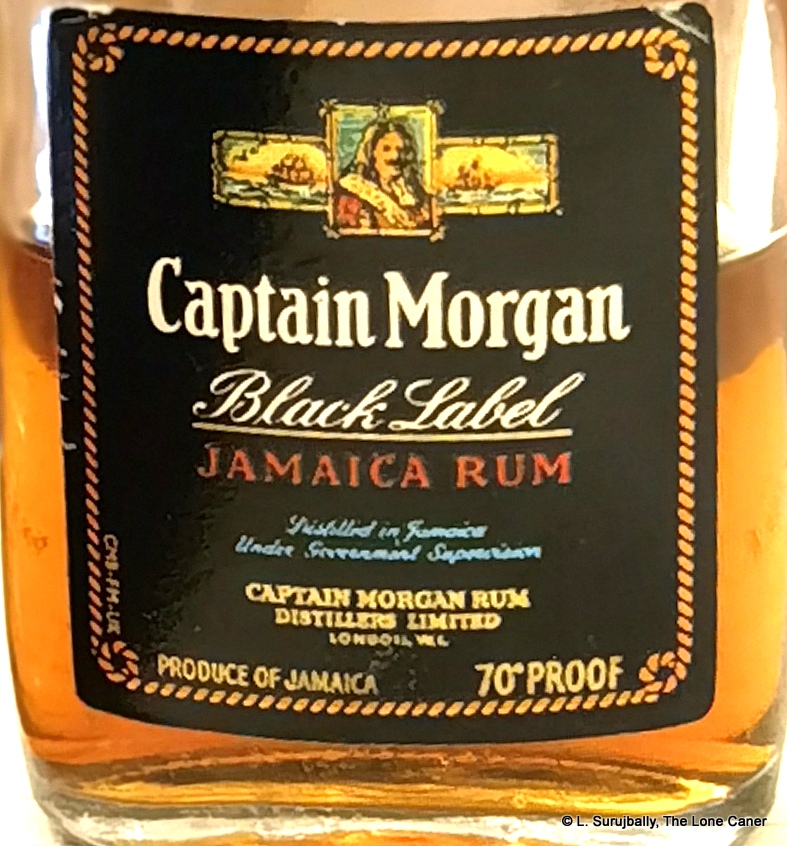 Nose – Licorice and coke, into which someone dunked a rusty nail (seriously!); ashy and minerally notes which are only partly ameliorated by rather bitter coffee grounds, brown sugar and unsweetened chocolate. Some dark fruit like prunes, and a touch of citrus-like lemon peel. There’s even a sense of tomato ketchup on the nose as it opens, but mostly the aromas resemble a low rent Demerara rum than anything else.

Palate – Thin, but nice, to be expected at 40%. Again, licorice and coca cola, caramel, brown sugar, some molasses. Some coffee grounds and dark fruit. Rather bland, all in all, buit nice enough, and the slight sweet helps it go down easy.

Thoughts – It’s much more “real” than modern Captains, and surprisingly drinkable. There’s more taste, more heft and a lot less clear additions. For example, I couldn’t sense any vanilla, and the sweetness was borderline, so if had been doctored, it was with a gentle hand and a small spoon rather than a spade.