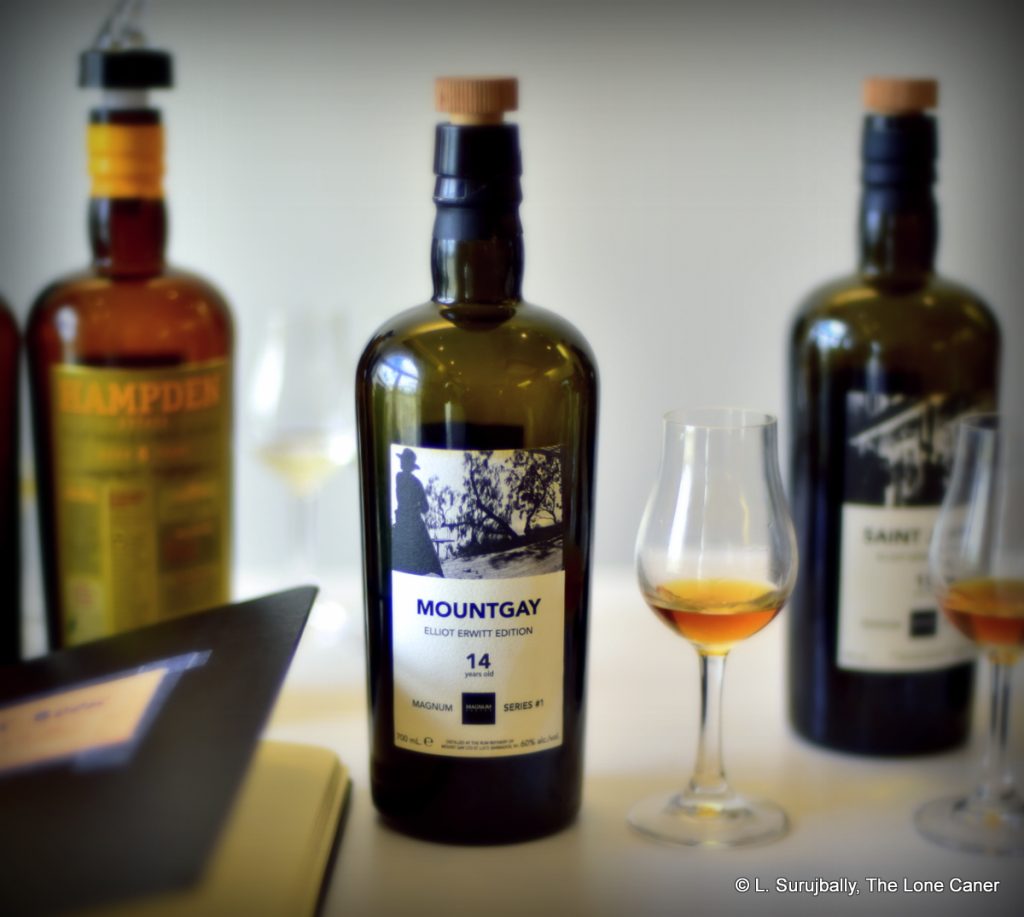 By now it’s almost like an annual event at the beginning of each new rum-release season: Velier makes an announcement about a co-bottling or a new rum, or a whole new series, and the rumiverse goes politely batsh*t for a while. To be honest, I kind of look forward to see what they come up with myself, because you really can’t fault their originality, or their style. And the rums themselves are usually interesting, with an occasional gem popping up here and there.

Now, most independents go with the standard big Caribbean distilleries, keep the labels consistent, and stay within just a few clearly pre-established “ranges.” Not Velier. They go off on their own tangent, every time. There was the clairins in 2014, HV in 2015, the pair of Indian ocean rums in 2017, the Hampden launch in 2018 (and all its various sub-series like Great House and Endemic Birds et al, since then), the Barbosa grogue and Villa Paradisetto in 2019, Japoniani in 2020, and — well, I could go on. Each has its own label design aesthetic, and tries to be original in some small way. For the 2022 season, then, the pride of place along with the Papa Rouyos and twenty Saint James expressions was surely the Magnum Series No.1 featuring Elliot Erwitt’s black and white photos on the label. 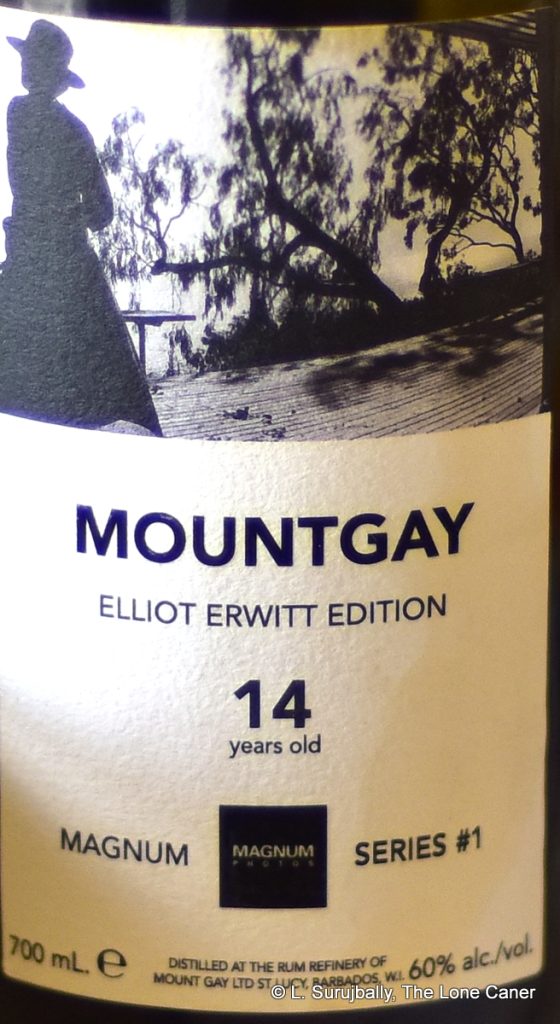 The Magnum series of rums capitalises on the same literary concept as the seven founders of the famed photo agency wanted for their own organisation when they created and titled it in 1947, namely the multiple meanings and connotations of the word — greatness in Latin, toughness in the association with the gun, and celebration in its champagne mode (it’s just a happy coincidence that when discussing the matter they always drank magnums of champagne). Since Luca Gargano is a photo buff himself, I’m sure the references resonated with him. Four photographs made by Elliot Erwitt — an American photographer who was asked by Robert Capa to join the agency in 1954 — grace the four (black) bottles of the first release, but I don’t think they have direct relationships with the contents of the bottles in any way, and were chosen simply because they were appreciated as works of art.

So let’s get started with the first of the four, the Mount Gay, which could equally well be called the Last Last Last Ward. It is a pot still distillate laid down in 2007 when Frank Ward was still running the joint; the idea was to create a new and different brand called Mount Gilboa, and there have been some barrels that the Ward family kept after the takeover by Remy Cointreau, some of which were bottled as the Last Ward rums of the Habitation Velier line. The rum was triple distilled on double retort pot stills and aged in American white oak for 14 years (unlikely to be new – the influence would be too great, so my money is on ex-bourbon casks), after which a mere 600 bottles were squeezed out at 60% ABV.

What comes out at the other end after a near decade and a half is really kind of spectacular. The initial aromas are a perfumed symphony of sweet molasses, honey, and flambeed bananas in a luscious kind of mélange. A vein of sweet and creamy caramel coffee winds its way around rich scents of custard, coconut shavings and vanilla. This is offset by the tart muskiness of soft and almost-overripe fruits: pears, guavas, oranges, apples, grapes, black cherries. I enjoyed the hint of the spices – cinnamon, cardamom, rosemary — and the whole thing displays a depth of complexity not to be sneezed at.

It tastes really good too. The 60% lands on the palate as solidly as a right-wing extremist’s denial of …well, anything. It’s deceptively soft, the impact doesn’t get there until later: initially it’s all mushy fruit and smoke and leather, with the barest bitter tang of oakiness. Vanilla, coconut shavings, those flambeed bananas again, plus light florals, a touch of smoke, and a creamy, tart yoghurt mixing it up with honey, caramel, and a dusting of cinnamon and cardamom. The finish is a gradual come down from these heights – it’s epically long, of course, and doesn’t feel like adding anything to the party, being content to sum up with light molasses, yoghurt, those ripe fruits, pineapples and spices. 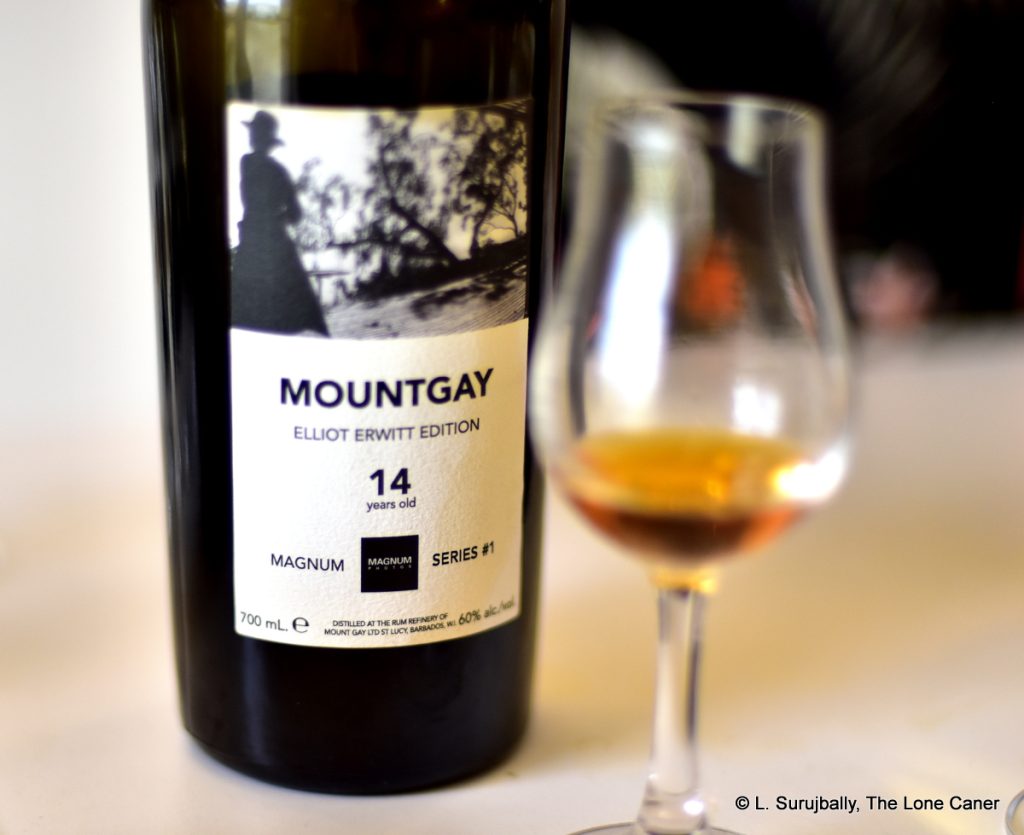 Overall, I think the rum is great, and it reminds me a lot of the Habitation Velier Last Ward 2007 and 2009 rums – which is hardly surprising since they come from the same batch of barrels squirrelled away all those years ago. They all have that sense of displaying a sort of quality without effort, like it was hardly even trying, and are quite different from the normal run of Mount Gay rums which are more widely available, and more affordable. The Magnum is neither worse nor better than either of those two earlier HV editions – better to say it exists on that same level of pot still excellence, and I suppose that if the distillate had not been used for the Magnum line, it would have been completely appropriate to be the third Last Ward in the Habitations. The price will probably keep the average buyer away, but for those who can score a sample or even a bottle of this latest in the Velier lineup, I think it’s more than worth it.