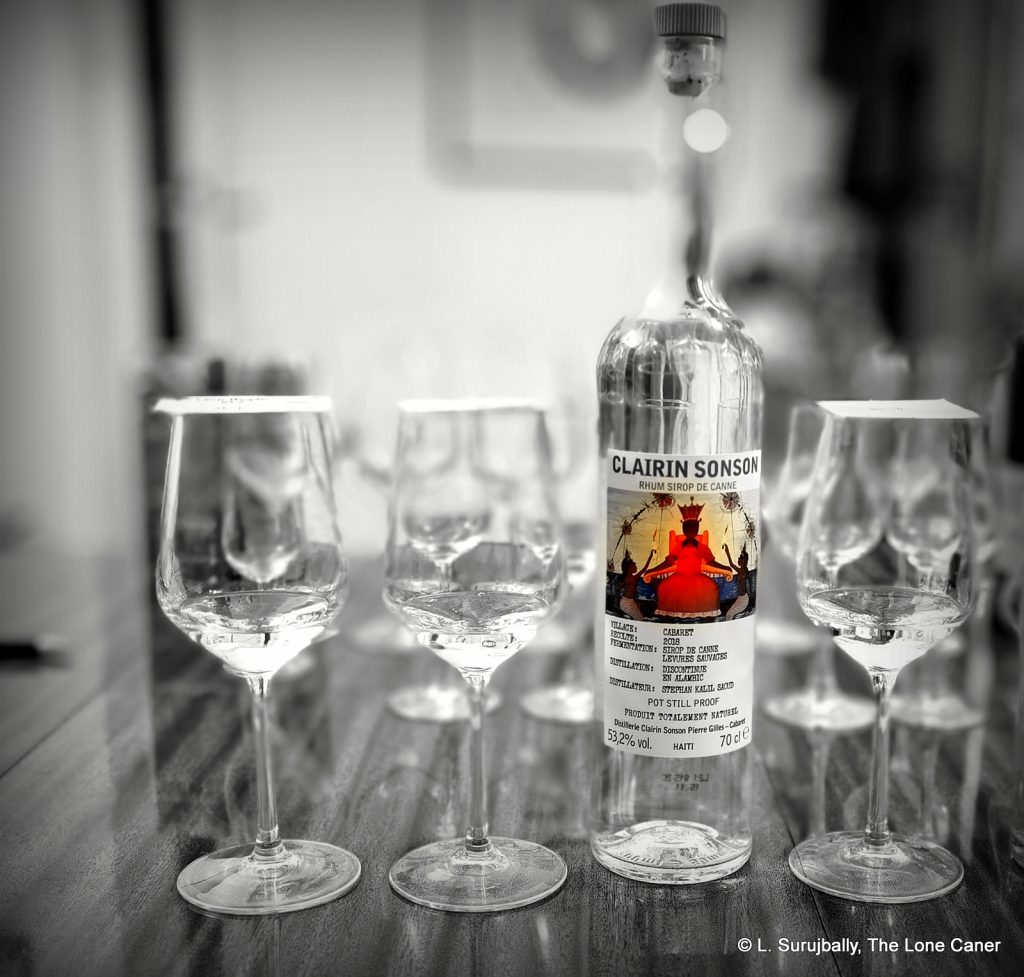 While there are hundreds of clairin makers in Haiti, and they have been making cane juice spirits there since before the country’s independence in 1804, widespread modern knowledge of the spirit only really came after 2014, when it was introduced to the global audience by Velier, the Italian company made famous by its Demeraras, Caronis, and Habitation pot still rums series. Strictly speaking, Velier’s stable of clairins consists of just five core products from five small distilleries, but this obscures the regular annual releases of the unaged whites, the aged variants, and the various blends. 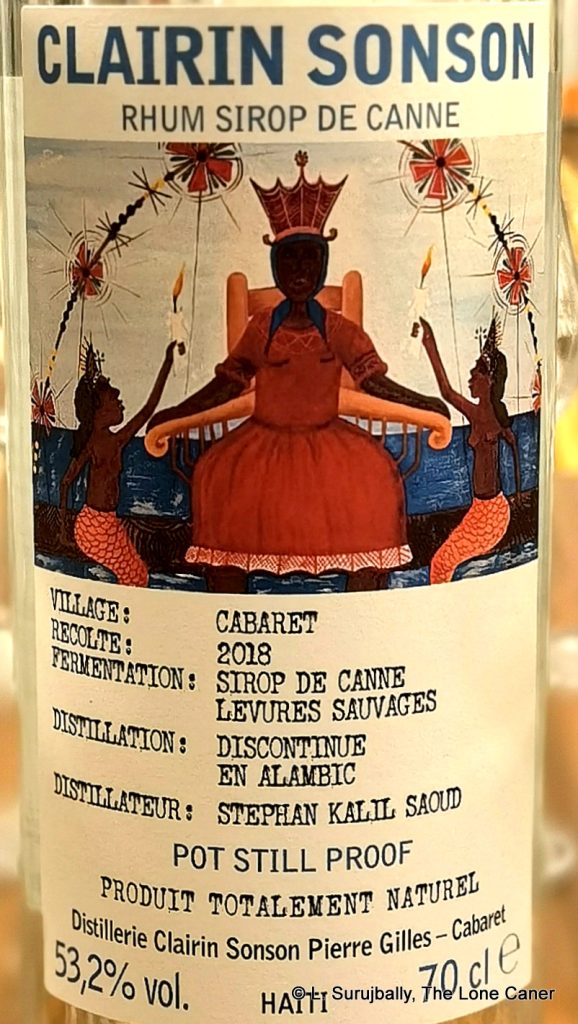 Initially, clairins from three distilleries were released (Sajous, Casimir and Vaval) a fourth (from Le Rocher) was selected and became part of the canon in 2017, and in 2018 a fifth was put together from a small distillery in Cabaret called Sonson — which is, oddly enough, not named after either the owner, or the village where it is located. It was finally released to the market in 2021, but the cause for the delay is unknown. The rum, like Clairin Le Rocher (but unlike the other three) is made from syrup, not pure cane juice; and like the Clairin Vaval, derives from a non-hybridized varietal of sugar cane called Madam Meuze, juice from which is also part of the clairin Benevolence blend. All the other stats are similar to the other clairins: hand harvested, wild yeast fermentation, run through a pot still, bottled without ageing at 53.2%.

Similar aspects or not, the Sonson stands resolutely by itself. On the initial nose, the sensation is of a miasma of fuel, benzine, brine and wax in a semi-controlled nasal explosion. The thing, no joke, reeks, and if it doesn’t quite mirror the gleeful wild insanity of the original Sajous – fondly if tremblingly remembered after all these years – well, it certainly cranks out burnt clutch and smoking motor oil drizzled with the smoke of a farting kerosene camp stove. Thankfully this is brief, and setting the glass aside for a bit and coming back an hour later, it appears almost sedate in comparison: acetone, nail polish remover and some serious olivular action (is that a word?), the aroma of a freshly painted room in a spanking new house. And after that there’s apple cider, slightly spoiled milk, gooseberries, orange rind and bananas in a sort of Haitian funk party, behind which are timid scents of sugar water, fleshy fruits, herbs and spicy-hot Thai veggie soup sporting some lemongrass.  And all that in an unaged rum? Damn.

The surprising thing is, the palate is almost like a different animal.  It’s luscious, it’s sweeter, more pungent, more tart.  It channels watery, rather mild fruits – melons, pears, papaya – which in turn hold at bay the more sour elements like unripe pineapples, lemon zest and green mango chutney: you notice them, but they’re not overbearing. Somewhere in all of this one can taste mineral water, crackers and salt butter, the silkiness of a gin and tonic and the musky dampness of moss on a misty morning. It’s only on the finish that things finally settle down to something even remotely resembling a standard profile: it’s medium long, a little sweet, a little sour, a little briny, tart with yoghurt and a last touch of fruits and sweet red paprika.

Every clairin I’ve tried – and that includes the other four Velier-distributed versions, the Benevolence and a couple from Moscoso distillers – is different from every other.  Even where there similar elements, they bend in different ways, and admittedly, sometimes it’s hard to remember that they are supposed to be sugar cane juice based drinks at all. The heft of the Sonson, and the amount of disorganised flavours at play within it, is really quite stunning…and disconcerting. I think it’s that first nose that confounds, because if one can get past its rough machine-shop rambunctiousness, it settles down and becomes really nice (within its limits – I agree, it’s not a rum for everyone).

It’s also a rum to take one’s time with: after leaving my glass on the go overnight, when I sniffed it the following morning most of the oily rubber notes had gone, leaving only fruit and cereal and estery aromas behind, and those were lovely.  Yet the rum will polarize, because it is cut from a different cloth than most rums or rhums we know and like better, and its peculiarities will not find fertile ground everywhere. I believe that the clairin Sonson is a rum that required courage to make and fortitude to drink… and perhaps a brave and imaginative curiosity to love.