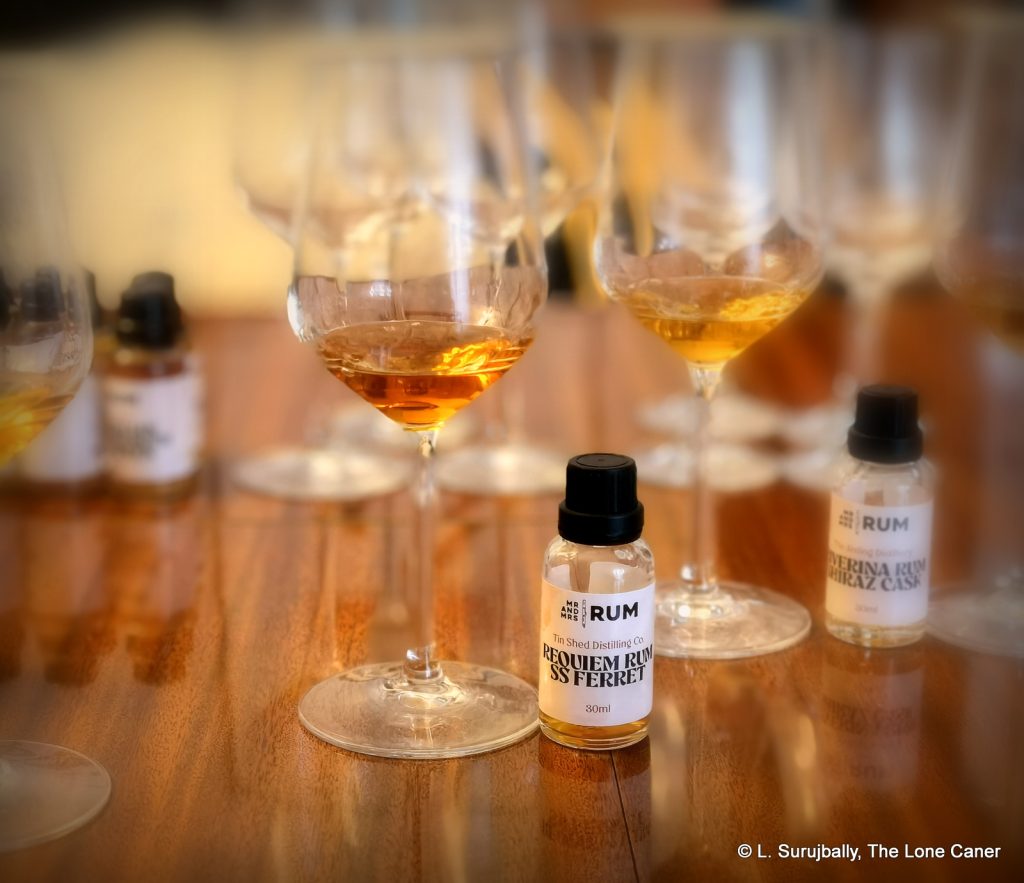 Distilling outfits from almost everywhere in the world take the names of their owners, their locations, or some romanticised word that appeals to the founder(s). Occasionally – and I’ve found this in Down Under quite a few times – a bit more sass and irreverence is in evidence, as witness “Robber’s Dog”, “Illegal Tender”, “Holey Dollar” or “Hoochery”, all the real names of real distilleries in Australia. I like that kind of insouciance, however irrelevant it might be to a review of this kind.

Today’s rum is from the interesting and rustically-titled Tin Shed Distilling Co which is primarily known for its whiskies (the UK’s Atom Brands has one from the distillery for the Australian series of That Boutique-y Whisky Co) but also has – as usual – gins (of course), vodkas (one of the owners has a cossack grandfather so…), and a small rum range that goes by the general name of of “Requiem”.  Now a requiem is a last mass of sorts – a prayer and tribute to the dead – and the intent here is for each limited expression to honour a ship and its sailors that went down at sea.  Thus far there are three expressions – the “MV Tom Brennan”, the “SV Songvaar” and the “S.S. Ferret” which last is the subject of this review (but about which, oddly, the company website has no historical details; see wikipedia if you’re curious). 1.

Never mind that for now, though. The rum itself: molasses-based, fermented with dried yeast for just under a week, distilled in a nameless Australian-made 2,200 litre pot still and aged for six years in a single American Oak port cask, resulting in an outturn of about 300 bottles; released in 2019 and the recipient of four awards in the years since then. The company began operations in 2013, which means they were laying down the distillate that comprised this rum right from the get go, and clearly they were not hurting for cash flow in the interim if they could afford to wait that long for it to be good enough to release (unaged, two- and three-year-old rums are more common for new distilleries). 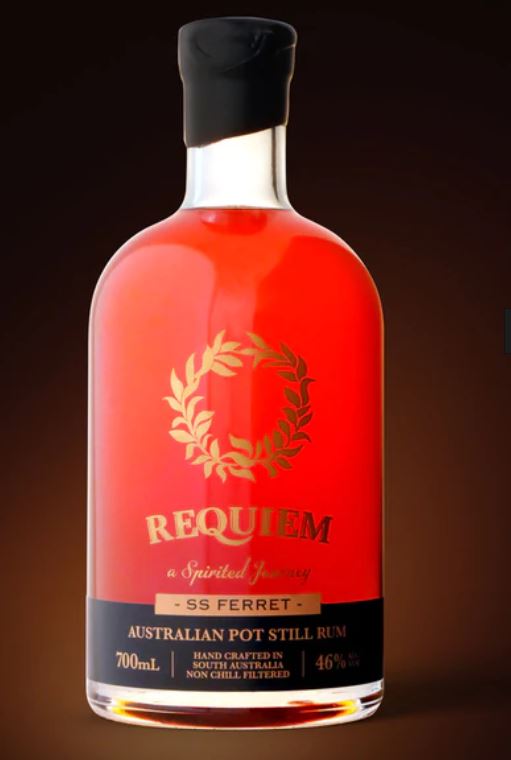 And it is definitely good enough. The quality such a relatively young rum displayed surprised me, though it does take some getting used to, because the nose has three main components weaving in and out and coiling around each other like a no-rules go-kart race, and that requires some adjustment.  First, there’s a sort of intense initial fruitiness comprising of pineapples, strawberries, unripe mangoes and green grapes. Secondly, there’s the cereal and dusty aroma of cardboard, old books, unswept rooms, second hand bookstores…and cheerios (I know how that sounds).  And thirdly, there’s a medicinal touch of iodine, pine-sol disinfectant and wet ashes, which is fortunately brief and replaced at the last by deeper cherries, syrup, apricots and a prune or two.  I particularly like the way it all winds up with a softer, more relaxed attitude than it starts with.

Even used as I am to rums clocking in north of sixty the relatively tame 46% ABV of this rum works really well – it feels soft yet firm, mouth coating, and lacking any of the dampening effect of added sugar such as defined and diminished some sweetened rums I had tried earlier that day. Mostly, the Requiem tastes of almost overripe and tart fruit: plums, raisins, prunes, blackberries, very dark and very ripe grapes, nicely balanced off by a touch of brine, olives and light soya. The finish is on par with all of this, being rather dry, but light, and channels aspects of what has come before: cereals, dates, brine, and an overripe yellow mango or two.

It’s unusual for small startups to make such good rums on their first pass: perhaps I should have taken my cue from JimmyRum, which also produced something really good right from the start. I like this one for its well balanced taste and relatively complexity, which didn’t seem to be straining too hard or attempting too much or trying to please too many.

Admittedly, the Requiem S.S. Ferret Is not a “serious” rum in the sense that it’s made from ingredients fermented for a month using wild yeast, dunder pits and dead dingoes, jacked up past 70%, aged for a decade until it squirts congeners from every pore at a level that makes DOK lovers book pilgrimages to Adelaide. Yet it is a tasty and well assembled piece of work on its own merits and within its limits, because like most small distilleries, Tin Shed makes a point of its relentless and ongoing experimentation with the source materials and entire production process.  And while the gents running the show don’t hide their focus on whiskies, they did admit to me that they “should be making more rum.” That’s a sentiment with which I heartily concur, because on the basis of what I experienced with this one rum, Tin Shed is very serious indeed.

Tin Shed Distilling Co., was founded in 2013 just outside Adelaide in the state of South Australia by two friends, Ian Schmidt and Vic Orlow and built upon the experiences they had had in their previous venture, Southern Coast Distillers2, where they and a third friend, Tony Fitzgerald, established a whisky distillery (you can almost hear the joke start – “A German, Russian and an Irishman start a distillery….”). They did so in 2004 on the premises of the factory that made the flagpoles Schmidt was then manufacturing — he claimed it was “boring” and was looking for something new — and, like with Tin Shed years later, focused almost completely on whisky. However, for reasons that are not entirely clear, the venture did not pan out and Vic and Ian moved on to start Tin Shed – Southern Coast seems to be closed now, and only lives on in subtle aspects of the design ethic of the Shed’s bottles and labelling.