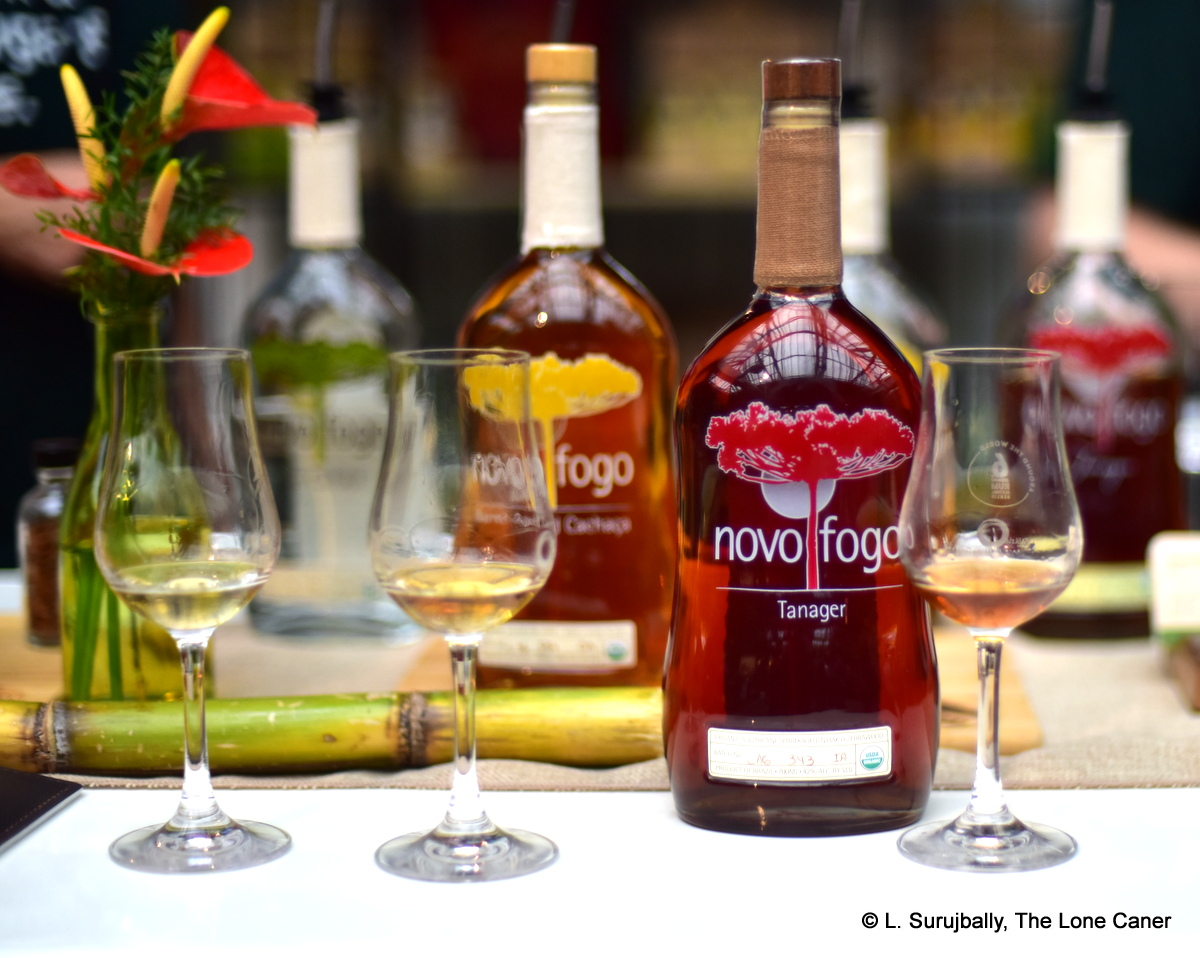 Over the last years, one of the inescapable conclusions I’ve come to is that rums that dare to be different or faithfully rep their terroire without reference to others, will always and only get niche acknowledgement from that sliver of the rumisphere that knows and understands the varieties of rum and is not reluctant to try something on the blank edges of the map. Wider acceptance by the larger mass of the rum buying public, though…that may be harder.

This is perhaps why some of the more artisanal cane derived spirits of the day – aguardientes, grogues, clairins, charandas, kokuto shochu, even cachaças – struggle to find mainstream acceptance outside their limited areas of origin. It’s no accident that perhaps the most popular and well-known of the Japanese rum makers, Nine Leaves, holds the distinction of being popular and well-known not just because of good marketing, but because Takeuchi-san’s rums are the most approachable to a “western” palate, in a way the country’s other sugar cane spirits are not.

I begin with this comment because a similar train of thought went through my mind as I tried what I honestly believe to be one of the best of the Brazilian company Novo Fogo’s lineup, the pot-still distilled “Tanager” cachaça. Originally they labelled it a “cane juice spirit” but current labels all have the word “cachaça” there, and it is the first of their “Two Woods” series, released in 2017 and afterwards1. The ageing is still rather short: one year in Four Roses ex-bourbon barrels and three further months in arariba (Brazilian zebrawood) barrels, which they claim is what gives it the spirit that characteristic brown-red colour. As to why they named it after a bird, well, who knows (and frankly, who cares? – it’s a nice word, a nice name, and others have used stranger titles). 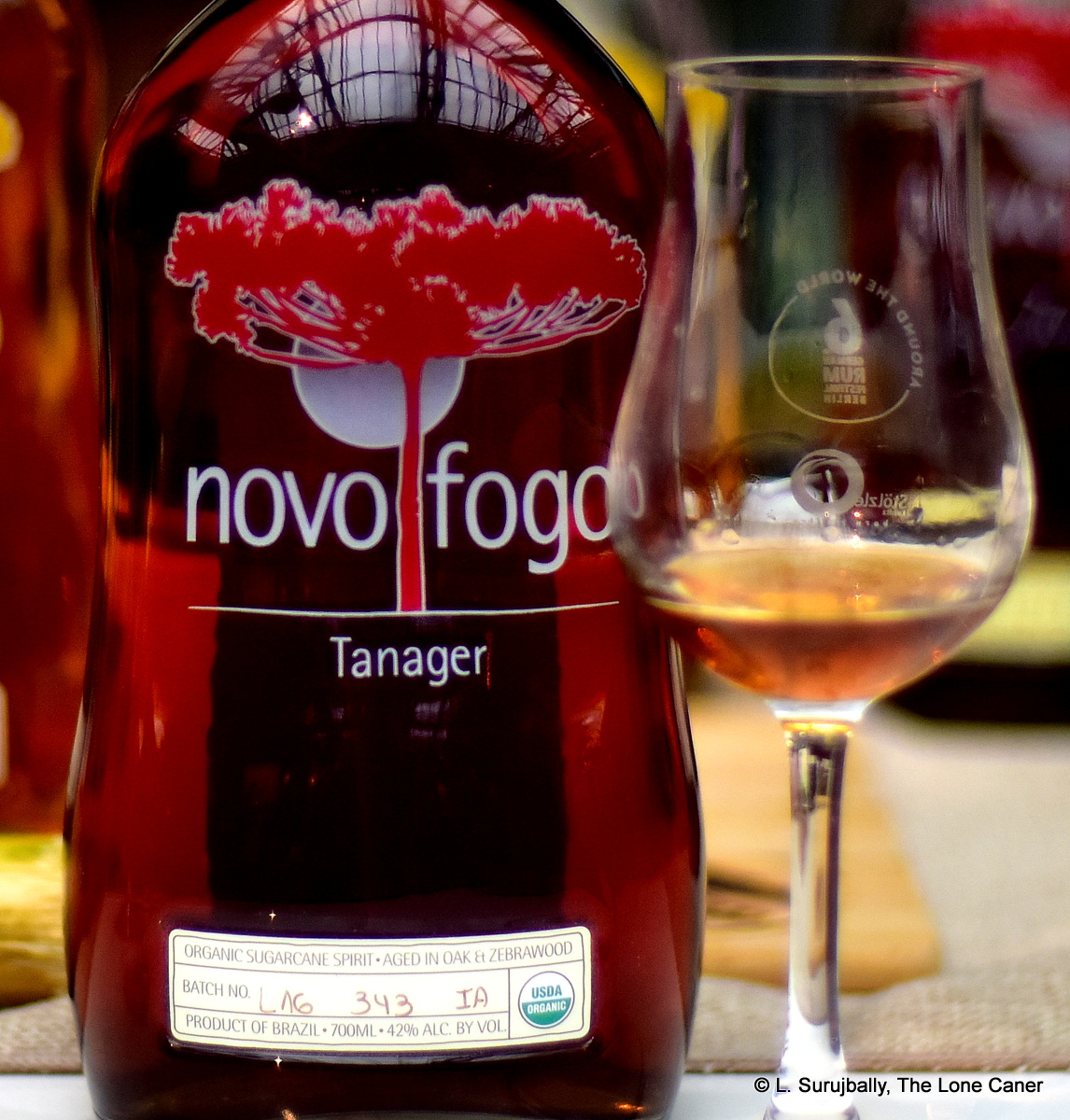 The woods have had a really interesting impact on the cachaça and changed it quite a bit. The nose, for example is lovely: nutty, salty and a touch tannic, redolent of cane juice, herbs, wet green grass, moss and a delicate line of strawberries and peaches. There’s a sort of damp earthiness to it, mixed up with spices like tumeric and cinnamon that I particularly liked.

The taste is less successful, perhaps because the slightly sharper attack of the zebrawood is more pronounced here, ameliorated by the relatively low proof point of 42%. It’s tannic, but also salty, fruity, loam-y and sweet, and there is that characteristic grassy and sugar cane sap profile of a cachaca, plus some vanilla and sweetly tart pears and white guavas. Cinnamon, cardamom, and cumin round things off in a pleasant, low key finish that just escapes being bitter and becomes, through some odd alchemy, crisply refreshing, like a lemon-mint drink.

Cachaças are, of course, meant to be drunk in a caipirinha, but Novo Fogo is aiming for a different market than the huge internal one of Brazil. The rum tastes like an agricole bent ninety degrees away from true, flavourful and interesting, but not so off the map as to be unapproachable. What’s also important is that the short ageing in that combination of woods has produced a rum that is closer than almost any cachaça I’ve ever tried to a profile that is recognizably a “regular rum”….if not completely.

Therein lies its intriguing and beguiling nature, and therein lies my appreciation for what it is. It may, in the end, be this and the others in the line that espouse a philosophy of finishing rather than ageing in local woods, that will allow Novo Fogo’s cachaças to appeal to a much greater audience than just the aficionados and deep divers who thus far have been its most faithful adherents. I wish them luck,