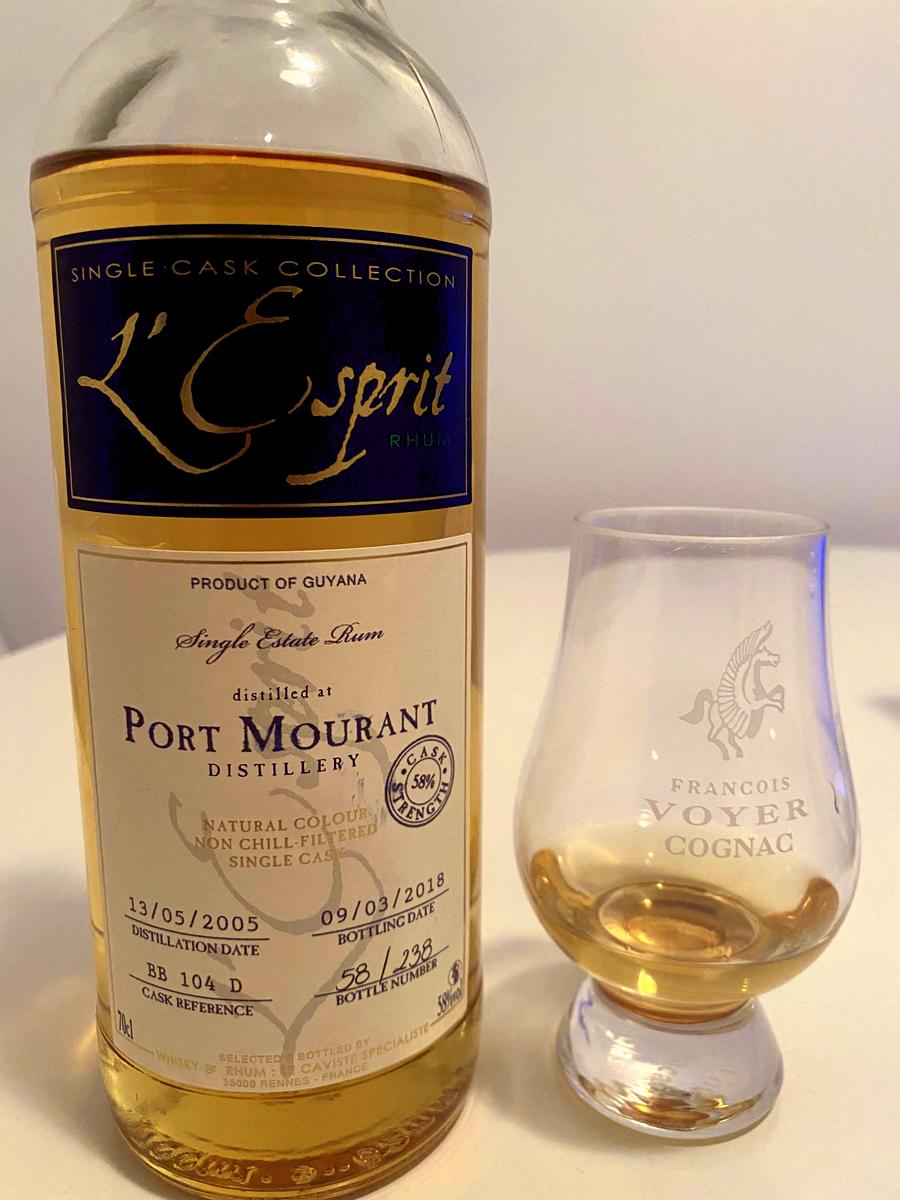 DDL has, since 2016, capitalized on the worldwide fame of the heritage stills which the independents had forged during and before the current rum renaissance (though it is a peculiarity of the culture that many Guyanese remain completely unaware of the reverence they’re held in around the globe). They have released several editions of the Rare Collection, and also begun to dabble in some interesting experimentals, as well as standard proof editions of the individual wooden still marques (rather than blends). Beginners and Guyanese rum lovers are spoiled for choice these days in a way I can only envy….where was all this juice when I was growing up?

Yet, to my mind, for all of DDL’s effective multi-pronged colonization of the Demerara rum space, it’s not yet time to count out the independent bottlers who did so much to raise the profile of the marques and the stills at the first place. The SMWS, 1423, Tamosi, the Compagnie, Silver Seal and many others are releasing rums edging ever closer to three decades old, from all the major stills. And even if age isn’t the thing, there are always rums released by outfits we barely heard of — like Norse Cask or Kingsbury or L’Esprit — that somehow wow us with their sheer untrammelled excellence.

One rum like that is from what I seriously consider to be one of the most unsung independent bottlers in the rumisphere, L’Esprit. Located in Brittany and run by Tristan Prodhomme, they have bottled few “merely ho-hum” rums in their short history…at least in my opinion. The subject of today’s review, the 2005 12 YO from the Guyanese Port Mourant double wooden pot still, shows why I think that to be the case: it’s among the best they’ve ever done, and one of the best PM rums out there that isn’t from the 1970s, doesn’t have 20+ years of ageing and doesn’t cost multiples of four figures. 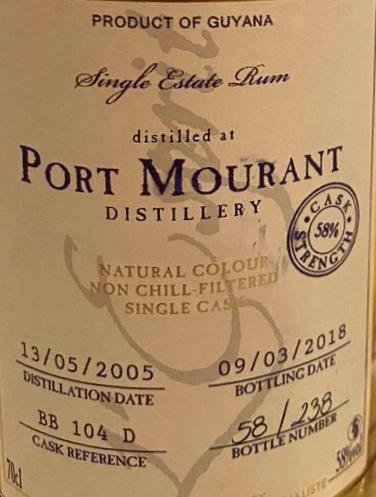 Just opening it and taking a deep sniff brings back a lot of memories, not just of Guyana but the ghosts of PM rums past.  It smells rich and deep and dark (in spite of the dark hay colour), of chocolate, toffee, nougat, of fresh bread hot from the oven.  There’s the aroma of pastries, ginger, marzipan and the fruitiness of rum-soaked, raisin-infused Christmas black cake sprinkled with crushed almonds, and over all of that is the scent, never overbearing but always there, of licorice and anise and lemons.

Tristan bottled this thing at 58%, which was probably the right decision because it has such a rich and intense panoply of tastes that were it stronger, it might conceivably overwhelm your taste buds with a cheerful sensory overload. It’s dry and dusty, hot but not quite sharp, and if the nose restrained the fruits before, it now allows them off the leash: citrus peel, raisins, plums and dark, ripe prunes; oranges and strawberries and, because that clearly wasn’t enough, even stuffed some flambeed bananas in there for good measure. There’s vanilla ice cream sprinkled with nuts, more black cake (a lot of black cake), toblerone, aromatic tobacco, even a touch of salt caramel and Swiss bon bons. It leads to a long, dry, pungent and aromatic finish redolent of citrus, tart fruits, some yoghurt, anise, dark fruits and a final slice of the cake your Granny used to save for you on Boxing Day.

This rum is, in short, really kind of spectacular.  It does nothing new, but gives so much and does what it does so well, that it’s like revisiting all one’s favourite Port Mourant rums at once. Do I have a thing for Guyana generally, and for Port Mourant specifically?  Sure I do. But it’s more than just liking a rum, any rum, or even this rum. Tasting it is a form of natsukashii — a Japanese term for some small thing that brings back sudden, clear and strongly fond memories — not with a wistful longing for what’s past but with an appreciation of the good times, now gone, always remembered.

Because, sooner or later, my mind always returns to Guyana. Not just for the nameless waterfalls, the South Savanna or the Pakaraimas; not only because I miss pepperpot, cookup, or a clap’ roti wit’ baigan choka, or egg ball ‘n’ sour; and not solely because I remember the cool red waters of its creeks, Stabroek Market, that lovely blue mosque at Crabwood Creek, speedboats across the Essequibo, cricket at Bourda, the regatta at Bartica, running along the seawall, or the dreaming jungle paths ‘in de bush’ where I worked all those years ago.

No, not only for those things, though certainly that’s part of it, and of course, I’ve eaten labba and drunk creekwater, so there’s that.  But eventually, always, my mind goes back for the sheer variety of the country’s rums, those amazing rums, in their seemingly inexhaustible variety, that come from all those many stills housed at Diamond. L’Esprit didn’t intend to make a rum that evoked such feelings, of course, but that’s what they did. Every one of us has some object (or some rum) like that.  This is one of mine, and even if you disagree and just drink the thing, I believe you’d like and appreciate the rum for what it is too — a superb example of what DDL is capable of and what L’Esprit managed to bottle.