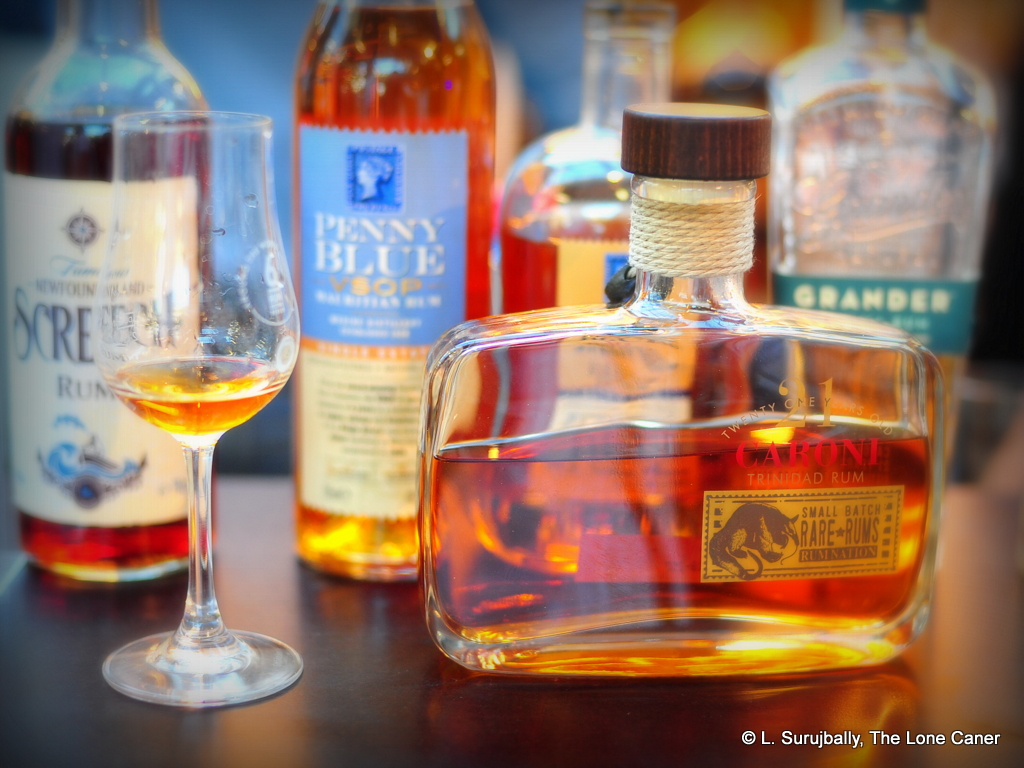 Any independent bottler who’s been around for a few years always has rums at various tiers of quality, or premiumness.  Most of this has to do with increasingly elaborate packaging, marketing campaigns, price (of course) or just the hype surrounding the bottle. Though of course once we see a price tag in the hundreds (or thousands), and an age in the third decade or more, we tend to perk up and pay attention anyway without any prodding, right?

Rum Nation, a fomerly Italian-based IB has always been on board with this practice. Even back in 2011 when I bought their entire 2010 range at once, I could see they had their “starter rums” in tall barroom bottles which cost around $30-$60, and the rather more upscale Demeraras and Jamaicans which were more than two decades old, had cool wooden boxes and ran into three figures. You could tell those were special (and they remain so). Years later they changed the bottle shape to the more squat versions still in use today, but came out with a new series of cask strength small batch series they called the “Rare Rums” which had smaller outturns and were more expensive, and the seriously aged Demeraras and Jamaicans were retired.

But even then Rum Nation went one step higher, with what one might term the Ultra Rares, of which so far, there have only been a few: a 1999 Port Mourant, a 30 Year Old blended Jamaican Long Pond from 1986, and a small number of lovely Caroni rums from the 1990s. This one, in a handsome box and flat presentation style 50cl bottle, was one from the noted year of 1997 (there a lot of Caroni rums from various IBs sporting that year of make, including one of the first I ever tried, the AD Rattray version). Bottled at 59.2% it had an Islay finish which had the virtue of at least making me curious, even if I had my doubts. And it did look really cool. 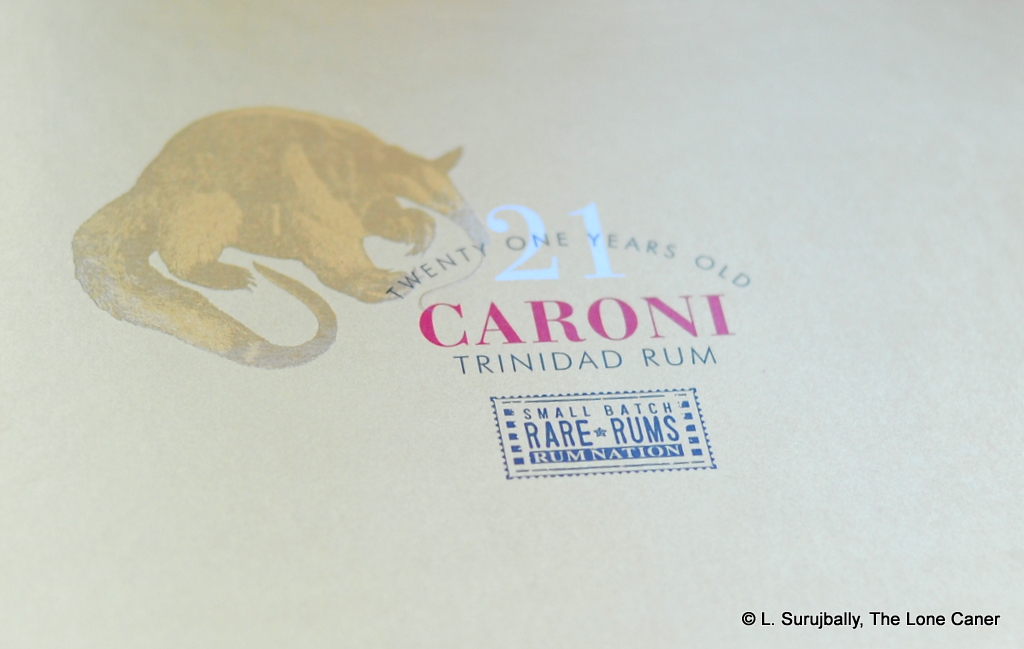 What was it like? Short version, very Caroni-like.  Smelling it instantly brings back all the memories of the closed distillery – fresh tar being laid on a hot day, petrol, fusel oil, wax and plasticine boil out of the glass right from the start.  These aromas give way to brine and olives, iodine, acetones and nail polish, a sort of complex and medicinal amalgam that is then softened by caramel, unsweetened chocolate, almonds, cinnamon and hot, very strong black tea. I’m no peathead anorak like some of my friends, but I really could not fault that nose for the Islay touch it had.

The palate is as stern and uncompromising as an overcast day promising cold rain, and follows well from that nose. A shade bitter, it tastes of chocolate (again), tar, caramel, bags of dark fruits – dates, blackberries, prunes, raisins – with a background of vanilla, leather, smoke and sooty kerosene camping stoves farting black smoke.  It develops well from one flavour to the next and it’s well balanced but I think this may be a bit too much Caroni for some, like it was dialled to “11” in a fit of absentmindedness. Sometimes with rums like this it fails on the backstretch, choking and falling off just as it should be revving – in this case, the finish is no slouch…long and dry, dusty and sharp, tasting of aromatic cigar smoke, petrol, nuts, vanilla and a touch of cinnamon.  I really quite liked it, and feel it’s a good entry to the canon.

Rum Nation has had a solid bottling history under Fabio Rossi, was one of the first indies I ever tried, and was sold to a Danish concern back in late 2019.  The explosion of so many other indies over the last decade has dimmed its lustre, and in no way can any Trini rum in this day and age, by any bottler, compete with the Caroni juggernaut that is Velier, whether or not they’re better.  But I still believe this is an enormously tasty rum and that peaty Islay finish complemented the fusel oil and kero notes for which the closed distillery is so famed, making for an intriguing and darkly delicious drink that can’t be discounted.

It is, at end, just a really good bottling, represents the shuttered Trinidadian distillery with force and elan; and with all the fuss and bother and sometimes-insane prices of favoured Caroni bottles from Luca’s immense hoard, it might not be out to lunch to suggest that even with the price tag this one has, it’s worth it. Try it first, if you can, or if you have reservations – because if you’re on a Caroni field exploration trip, and want a good ‘un, you could do a lot worse than Rum Nation’s entry to the pantheon. 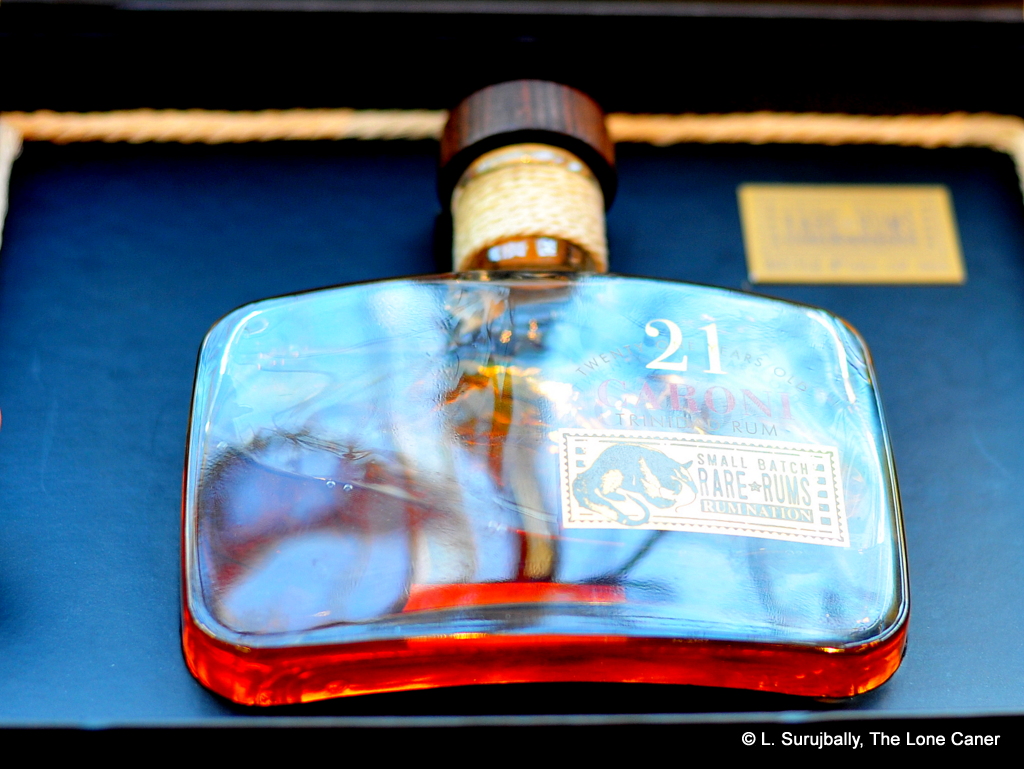