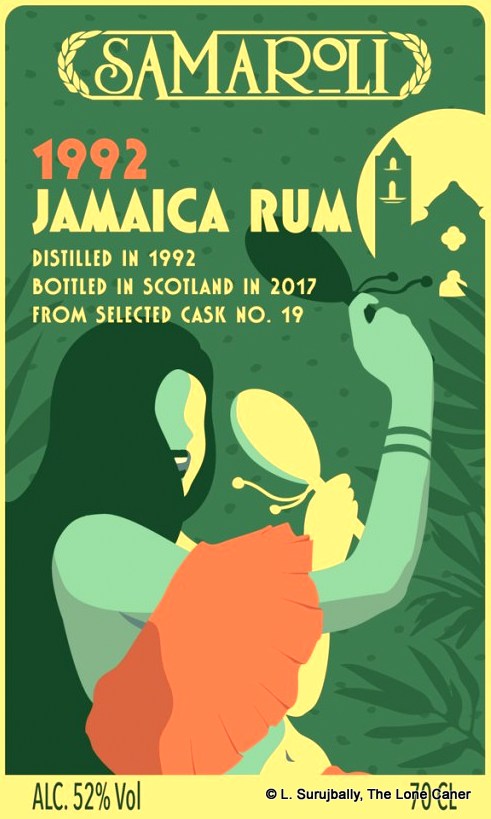 There’s a story I heard years ago, that of the many rums from his company, Silvano Samaroli’s own personal favourite was one of the first ones he bottled, the West Indies 1948. Who am I to rain on a story like that, speaking as it does of a man currently residing in the Great Distillery in the Sky, and a rum from so far back in time that most of us weren’t even a twinkle in our Daddy’s eyes, made when the world was an utterly different place? But for my money, of all the rums I’ve tried from this Italian outfit and from Jamaica (and that’s quite a few), this one is among the very best. To cut straight to the chase and save you all a lot of reading time, I think it is a sublime drinking experience for anyone who treasures Jamaican rums.

That might sound like a startling assertion, but it has a lot to do with the assembly, much with the balance, and for sure the overall complexity: and that started right with the initial nosing, which started slow, gathered momentum, and turned what we initially and indulgently thought was VW Beetle into a growling Veyron wannabe.

Although the initial scents wafting easily from the glass are of paint thinner, acetones, rubber and some pencil shavings, for once these didn’t overwhelm or detract, but acted as a counterpoint to the rest of the nasal riches which followed – warm unsweetened chocolate, nougat, hibiscus flowers in full bloom, dust, dried coffee grounds, more light flowers with clear, delicate notes of something remarkably akin to freshly done laundry drying in the sun. Cedar, aromatic woody notes, honey tobacco. God, was this thing ever going to stop? Nope, there was more – a light dusting of brown sugar soaked in molasses, and vanilla. If you’re looking for funk, well, it’s there, but for once content to be a bit player and not chew the scenery. 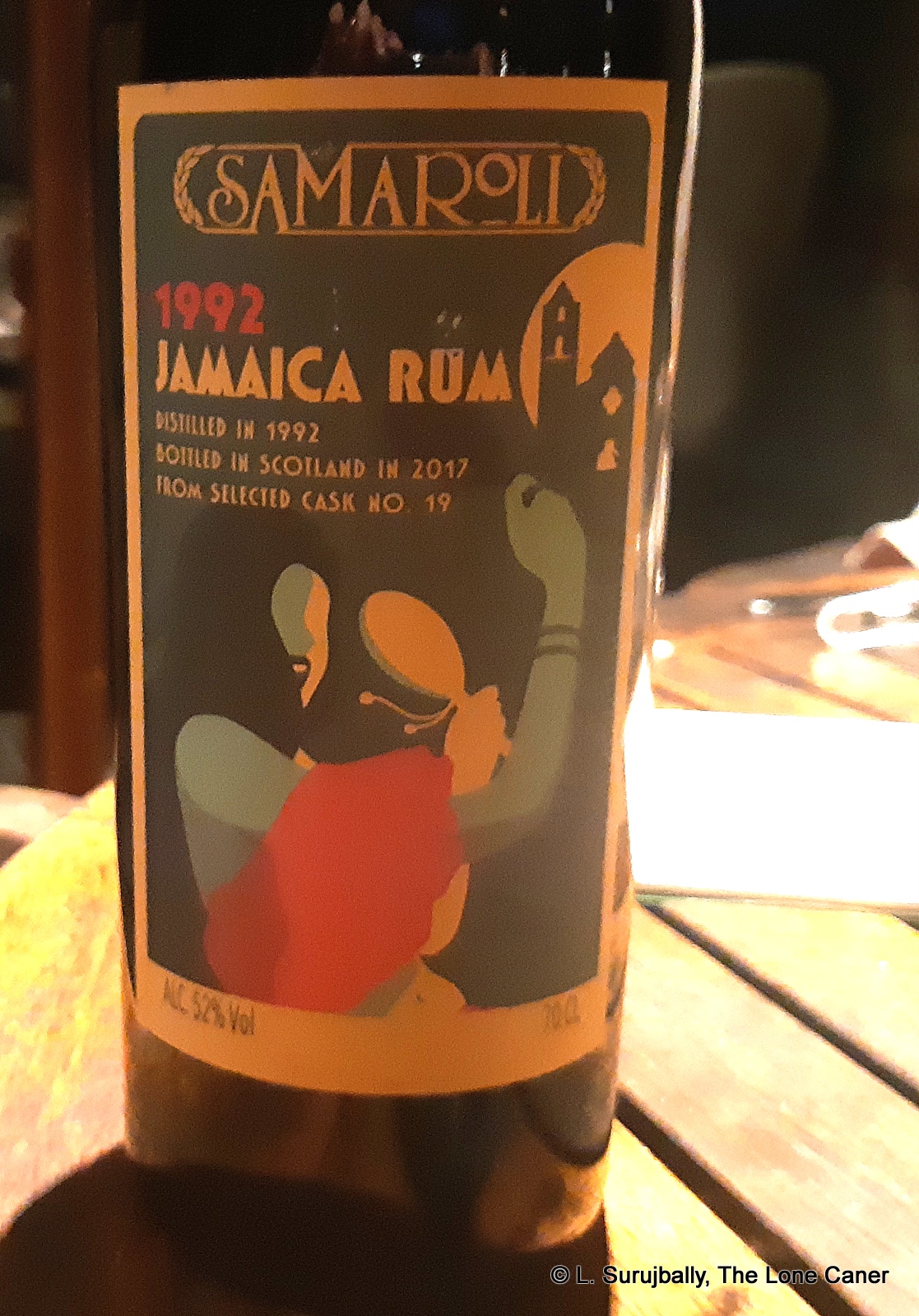 And the taste, the palate, the way it comes together, it’s masterful. At 52% it’s downright near damned perfect – the the balance between mouth puckering citrus plus laid back funk, and easier, softer flavours is unbelievably well done. Soda pop, honey, cereal, red currants, raspberries, fanta and orange zest dance exuberantly cross the tongue, never faltering, never allowing any one piece to dominate. Like an exquisitely choreographed dance number, the molasses, vanillas and fruits (peaches, yellow plums, pears, ripe yellow Thai mangoes) tango alongside sharper notes of citrus, lemon zest, overripe bananas, sandalwood and ginger. Even the finish is spectacular – just long enough, just sharp enough, just mellow enough, allowing each of the individually discerned flavours of fruits, toffee, chocolate and citrus to come out on stage one last time for a bow, before fading back and making way for the next one

It seems almost superfluous to go through the factoids surrounding it so let’s be brief: it is from Hampden , though this is nowhere evident on the label (I picked that up online); pot still, continentally aged, bottled at 52% in 2017 from a single barrel (Cask #19, which means nothing to most of us) of 1992 stocks, 228 bottles issued, and there you are. 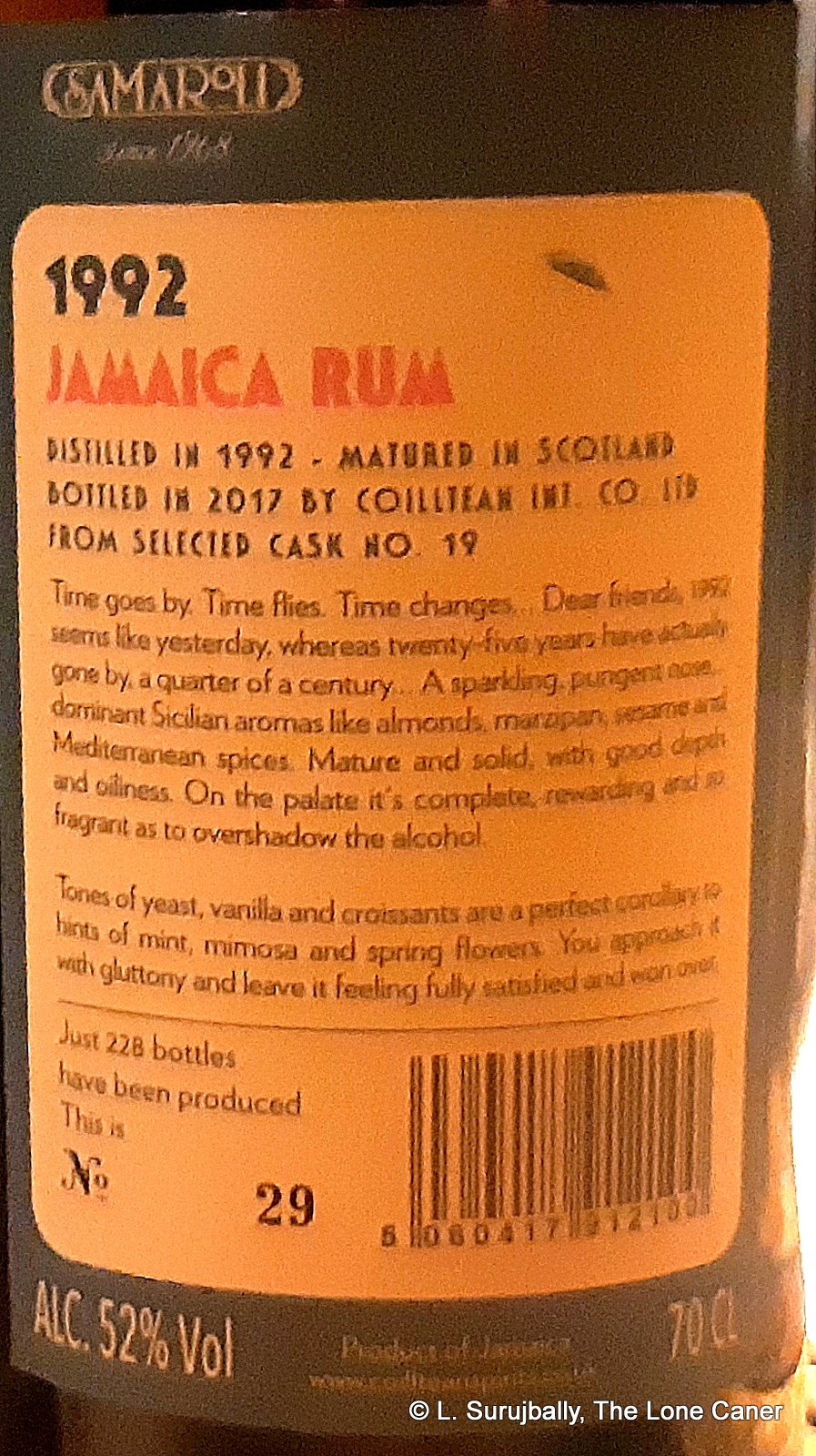 I don’t know what they did differently in this rum from others they’ve issued for the last forty years, what selection criteria they used, but I must be honest – the 1992 came close to blowing out my circuits. It’s restrained but powerful, and the sometimes-overdone flavour profiles of other high ester rums, has been toned down and handled with real attention and care. I can’t remember the last rum that excited me so much, that enthused me so much, right off the bat. Okay, that’s crap, there was the UF30E and the Sajous and the BBR 1977…but you get the point. I had to try it several times in the course of a single evening trying to poke holes into it, trying to find a flaw that would unravel the experience, make it more mundane, bring it to the level of other rums, but no, it stayed as spectacular at one in the morning, as it was six hours earlier when my friends and I cracked it.

These days, with independent bottlers proliferating as they have, each one trying to outdo the other with a remarkable rum from yesteryear, and with Scheer’s old hoards being plundered like King Tut’s personal rum chamber, with old rums becoming impossible to find and harder to buy, I honestly believed my days of finding an undiscovered treasure were over. After trying the Samaroli 1992, I knew I was dead wrong…and happy to be so. There are still amazing rums out there to be found, often flying beneath the radar, teased out with a little luck, delving deep trenches in your wallet. This is one of them, a rum that shows what can be done when a bottler’s great selection crosses paths with a rum sleuth’s dogged persistence…and results in me writing about a rum that is made with what — in my opinion — is more than a small dose of pure magic.