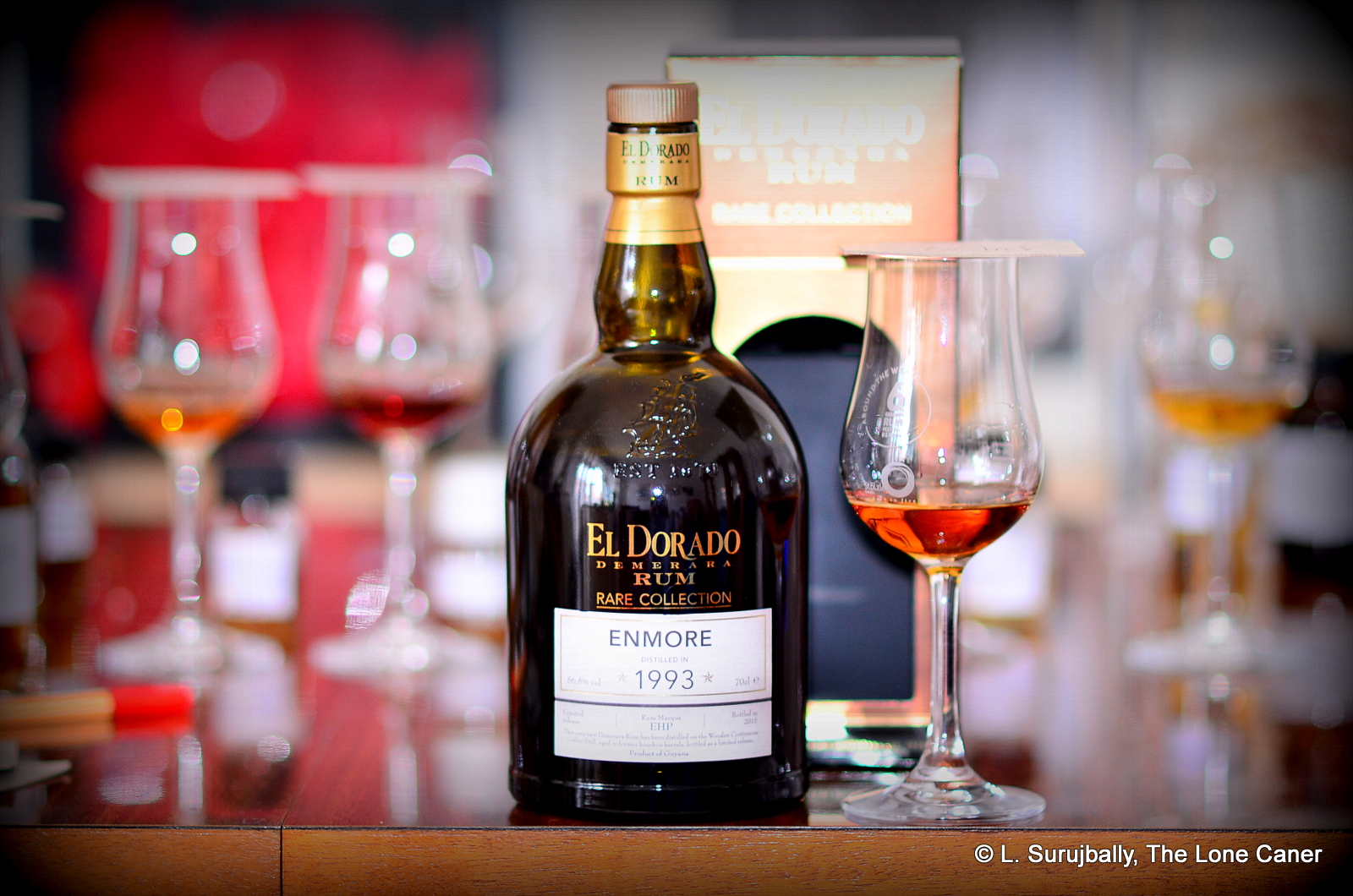 “A cheap shot,” muttered Henrik, referring to DDL stopping Velier’s access to their rums in 2015, and surely channelling the feelings of many. And it was therefore perhaps unavoidable that the initial DDL Rare Collection rums issued in early 2016 were instantly compared to the Age of Demerara Veliers upon whose success they wished to capitalize and whose street cred they sought to supplant.  That’s hard cheese and perhaps unfair to the rums, but it was and remains DDL’s cross to bear and they must have known that going in. The question was whether they maintained the standard and kept the bar as high as Velier left it.

Luca, in a long and rambling conversation with me early the following year, totally felt they had, but I had a somewhat less exalted opinion after taking apart the the 2002 VSG, where the tannins retained a dominance that made a merely positive experience out of a potentially great one.  However, I’m a sucker for Enmore and Port Mourant rums too and dived into this one with somewhat more enthusiasm, ignoring the dictum that madness is described as doing the same thing over and over again expecting a different result. One never knows what the result is going to be with these bottlings, after all.

Let’s dive right in without further fanfare. The nose was lovely, perhaps a bit light after the 63% of the VSG.  In most Enmores, the licorice is up front and in your face as a hockey goalie’s mask, but here it took a back seat for some time, and a righteously enormous fruity nose presented first: pineapple chunks, peaches, apricot, candied oranges, lemon zest, to which was added caramel, oak (too much wood, I thought), a little brine and a detectable but submissive line of licorice in the background that never quite came forward. There’s a sort of lightness to the overall smell that reminded me of an agricole to some extent, which is quite a feat for a Guyanese rum.  Anyway, it was a pleasure to savour in a snifter or a glencairn and my opinion is that if you’re trying it, take your time, especially if you dropped a couple of hundred bucks on the drink to begin with.

Tasting the Enmore showed that DDL, when they want to put their shoulder to the wheel and stop farting around with dosage and 40%, can produce something quite good (as if we did not already know that from the Three Amigos issued a decade ago). The lightness of the nose disappeared like it was never there: thick and dark and quite warm, even smooth, compared to the other fullproof Guyanese rums I had on the table as controls.  It presented fleshy fruits as before (peaches, apricots, pineapple), as well as lemon peel, anise, and a peculiar sort of mouth-puckering dryness that made me think of gooseberries and five-finger. Fortunately there were some balancing tastes of caramel, nougat, a little vanilla, white toblerone and coffee to keep things in bounds, and even more fortunately the oak which I had feared would be over dominant (like with the VSG), was kept under much tighter control and didn’t derail the drink as a whole…although it came close. I’d have to say the finish was interesting – ginger, black tea, aromatic tobacco, caramel and coffee grounds, and a bit of fruitiness and citrus closing up the shop. Overall?  Pretty good. The oak may have been a tad much: the rum may be sporting wood but while that’s a good thing for a Buxton badass, it is somewhat less popular in a rum of this kind.

The famed stills have gotten so much press over the years that I hardly need to go into detail: suffice to say while the Versailles is a wooden pot still, the Enmore is a wooden continuous Coffey (column) still, looking, in Dave Broom’ wry opinion, like a huge filing cabinet.  The rums coming off the still have always been among my favourites, and for this Tiger Bay street hood, 22 years old and bottled at 56.5%, no adulteration and old enough to vote, it upheld the rep of the marque extremely well – it does the Enmore “brand” no disrepute or dishonour at all.  It stacks up well against the Duncan Taylor Enmore 1985, Silver Seal 1986 and the Velier 1988, does not exceed the Compagnie’s 1988 (that one was masterful and a near impossible act to beat) and I’ve heard DDL’s second release is even better. Based on the result of DDL’s attempt here, I can only say that I’ve steered my purchasing decisions for 2018 in that direction, because this I really have to see. If DDL can make the Enmores that take on and defeat the independents, I think we need have no fear for the marque or the brand dipping in quality any time soon.