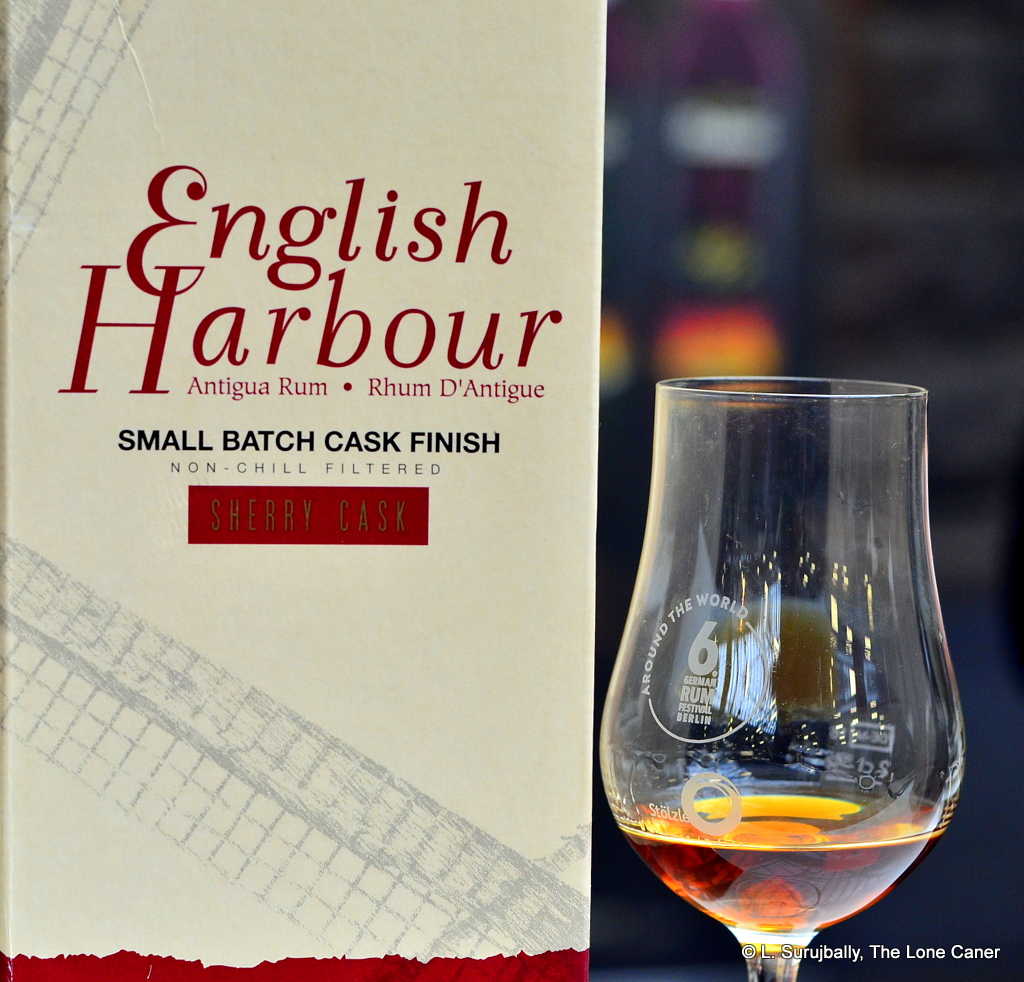 There’s a special place in my heart for English Harbour rums from Antigua, and always will be. The company’s masterful 25 year old 1981, while dropping some in my estimation over the years, remains a touchstone of my reviewing experience (it was also Review #001). Their five-year- and ten year old variations were pleasing and decent drinks that were like a mix of Bajan and Spanish rums, yet distinct from either; and I’ve always felt they were good introductions to the spirit, even if I myself have moved on to purer, stronger rums, which was one reason I enjoyed their Cavalier Puncheon.

For years that was pretty much it for English Harbour, a company formed in 1932 from the pooled resources of five Portuguese businessmen. They branched out into other liqueurs and spirits to some extent, but the rum range which developed from the original Cavalier brand has remained essentially unchanged and it was for this they were best known internationally. However, in 2016 they decided to rock the boat a little and on the festival circuit in that year, they introduced an interesting variation on their Five, a harbinger of things to come.

This particular rum is a blend that started life as the original column-still five year old (which my friends and I, back in 2009, really enjoyed); aged in ex-bourbon casks for the proper time, it was then finished for two months in sherry casks prior to bottling in March 2016 — there are plans to add oloroso, port and zinfadel finishes in the future, so they are taking some ideas from both FourSquare and DDL in this respect. Once the ageing and finishing process was complete, some ten year old was added into the blend (no idea how much) to create the final product. What it is, therefore, is something of an experimental rum. English Harbour has read the tea leaves and seen that there is money to be made and new customers to be won, in releasing rums as a higher proof point with some finishing: perhaps not cask strength, and perhaps not limited edition, just something to flesh out the staid brogues of its portfolio that may now be considered to be showing its age in a time of fast moving innovations in the rum world. Time to move into some sportier models. Nikes maybe, or Adidas. 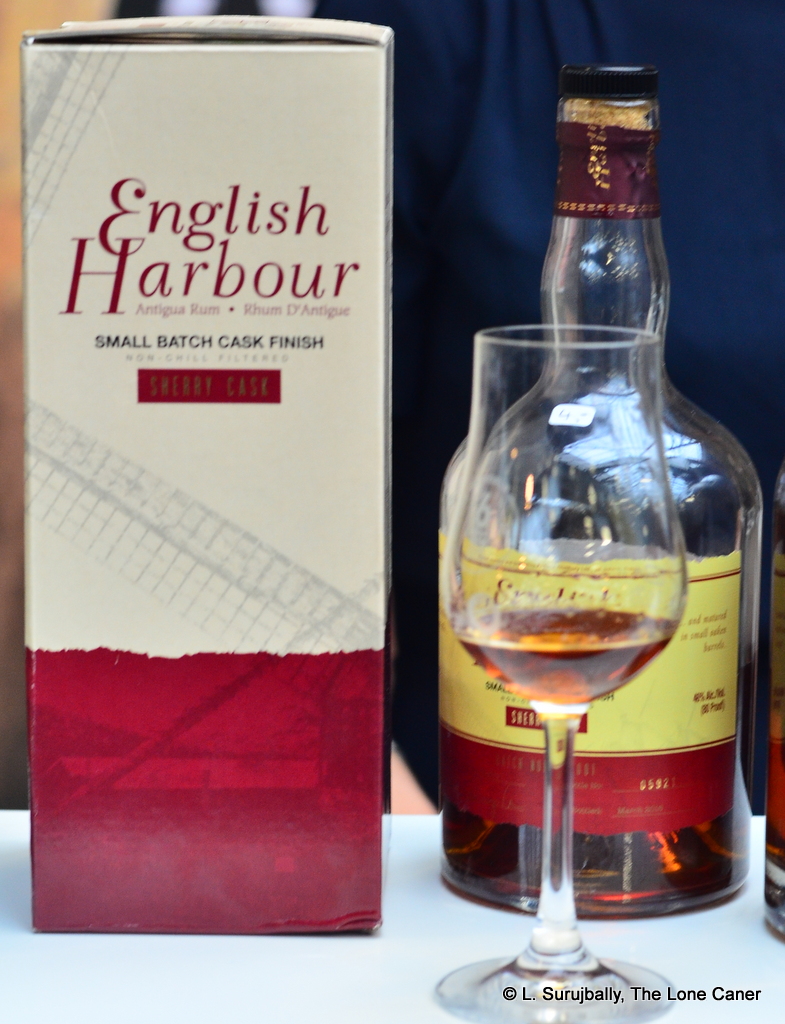 Have they succeeded in boosting the original five year old into a new and exciting iteration? I think so…it is, at the very least, better – retasting that venerable young rum in tandem with this one made me remember why I moved away from it in the first place – the 40%, the somewhat dominant vanilla and its rather simple I-aim-only-to-please profile. There is a lot to be said for messing about, even with a previously winning formula.

Just take the aromas on the rum, for example – what the original five was all about was soft, easy vanillas and some caramels, with a few fruits dancing shyly around in the background, all cheer and warmth, simple and amiable, went well with a mix. This one was a few rungs up the ladder – part of that was the strength, of course (46%) and part was the finishing; there were immediate notes of sherry, smoke, blackberries, jam (I kept thinking of Smuckers), all of which pushed the vanilla into the background where it belonged (without banishing it entirely). There was simply more flavour coming through at the higher proof point, which showed in developing notes of cherries, pineapple and apples that appeared with some water. Nothing aggressive here, and it retained some of that laid-back softness which so marked out its cousin, while having a subtly more complex profile that snapped into focus more clearly as I tasted each side by side.

As for the palate, very nice for a five…in short, yummy. The youthful peppiness was retained – there was some spiciness on the tongue here – buttressed by a kind of roundness and complexity, which I’m going to say carried over from the added ten year old. Caramel, oak, vanilla, smoke, burnt sugar, a nice mix of softer fruits (those pineapple, pears and ripe cherries came over nicely) with those of a more tart character (green apples and orange zest) adding a nice filip. It’s a great little rumlet, closing things off with a short and dry finish that I wish went on longer, even if it didn’t add anything new to the overall experience. It’s a young rum, that much was clear – yet the blending was handled well, and I just wondered, as I always do these days when something this soft crosses my path, whether it was added to or not (I was told no).

Thinking over the experience, I think this rum is really an essay in the craft, not yet the final rum English Harbour will release formally in the months (or years) to come – for the moment it’s not even represented on their website. EH are testing the idea out on the festival circuit, checking for feedback, positioning it as a development of pre-existing ideas into the market, to see whether riding the wave of newly-popular, higher-proofed, finished rums can carry the company’s sales into the new century. I certainly hope they succeed, because this is quite a striking rum for its age, and will likely win over some new converts, while being sure to please old fans of the brand. For any five year old, that’s saying something.