Little Lord Fauntleroy in a bottle.

Back in 2014 I first encountered rums from the Japanese company Nine Leaves, and was impressed enough to not only write about the company in one of my Makers profiles, but resolved to not let Mr. Takeuchi’s work escape me a second year in a row. So said, so done…I’ve tried four more of the company’s rums, and begin working through the resultant reviews with the American Oak version, bottled in Spring 2015.

As an aside, Mr. Takeuchi has certainly managed to elevate his company’s profile in 2014-2015. Presenting in Rome, Berlin, UK and Miami (and I’m sure there are others), his rums have won prizes at various festivals, Europe remains an expanding market, and one can only wonder at what this company will be like in ten years. Production methods remain the same as before: Okinawan sugar cane, cane-juice basis, careful selection of cuts to bring out the best of the distillate, and six months ageing in either French oak or American oak. There are stocks now laid down to age for longer periods, but it will be some years before we see these. Let’s focus on what we have today.

The American Oak release was a light gold rum aged for the requisite six months. That its initial nasal profile resembles a pot still agricole came as no surprise, because, well, it was. In fact, it immediately reminded me of a gelded clairin — and I mean that as a sort of compliment, because the fierce and raging “yo’ mama!” attitude of the Haitian popskull was transmuted here into a more genteel “May I take your coat sir?” primness that somehow worked out okay. In other words, the 50% ABV didn’t smack me or try to stab me, but came across as warm-to-hot, waxy, briny and olive-y, quite dry, light, with none of the intense pungent oiliness that so mark unaged pot still whites. That six months ageing worked reasonably well, and it developed very nicely with additional scents of cucumbers, sugar water and light flowers that served to tame the background notes of turpentine and floor polish. It really was quite well done 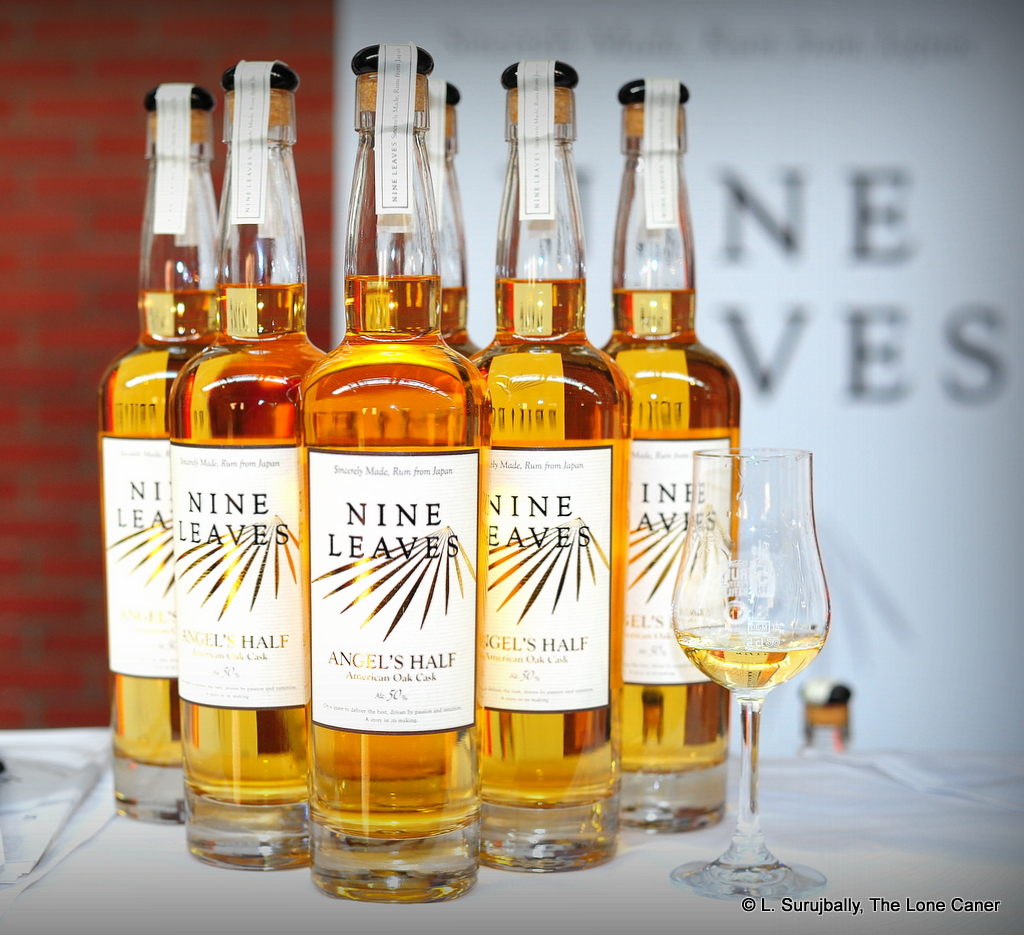 On the tongue, more spice could be noted. After trying it carefully for a few minutes, I was, to be honest, left scratching my head – there were salt, bitter, and sweet components in evidence, all at once; and that same light sweetness and almost-but-not-quite anorexia of the nose came through in the mouthfeel, somewhat to its detriment. Flowers, swank, vanilla, oak, cucumbers in a green salad (sans dressing), and then an amusing fanta and orange peel tango started going on at the back end. It was a young, light, frisky and well behaved rumlet, which faded gently into an easygoing, warm finish that was a little dry, but kept the party going with orange zest, delicate white flowers and a lack of aggro I found impressive for a rum this young, bottled at such a relatively high strength.

Civilized is a word I suppose can be used to describe it. It lacks real deep solidity and maturity I prefer in my rums (y’know, like Jamaicans or Demeraras which land on your palate like an anvil dropped from ten feet up), but its construction is almost playfully elegant. Yes, there was a shade too little ageing, yes the French oak version is even lighter in texture, yes, perhaps it was too dialled down…but you know, I really don’t know that many producers who can take a rum this young and maintain a balance between the intensity of a full-out, pot-still, zero-year-old white, and something a little older…who can make something so interesting out of it. Maybe it’s the double distillation, maybe it’s the pot still, the light ageing regime, the cuts, the casks or something, but I’m not complaining too loudly. This is a pretty damned good young rum, and I’m sure glad I tried it.