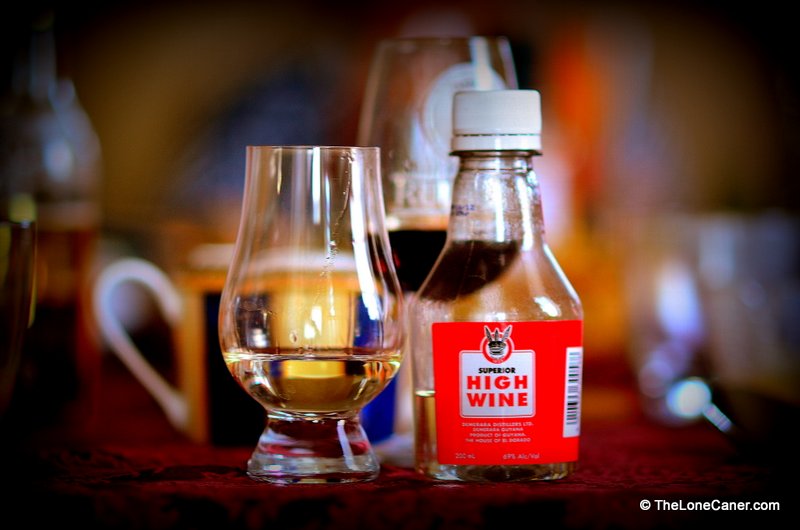 One of the first rums I ever had as a young man was this one, and the last time I drank was it nearly thirty years ago, when I was thinking of dropping out of University, depressed about my future, and downing a whole raft of shooters in a small beer garden one still, hot afternoon, with a bowl ’ice and my one-armed friend Greg from UG. A few weeks later my life got upended and put me on the path that led to where I am now. Between then and now, not much has changed: it’s still very much a low-level, overproofed white lightning meant for local consumption not export, and it’s unlikely it’ll ever be seen much outside the West Indies. And, oddly, as I prepare to move my family abroad for a few years on another life-changing experience next week, this is among the last rums I’ll review for a while. 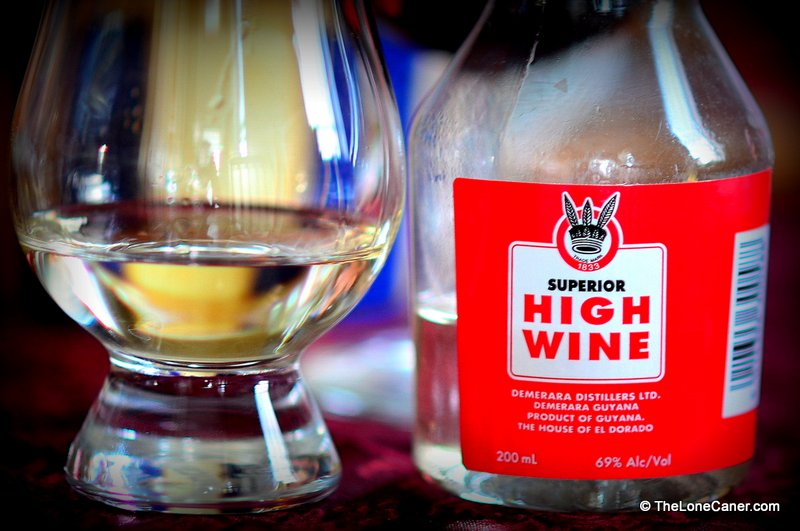 As it was then, so it is now. This is a romping, stomping, cheerful soldier’s and bushman’s rum, a blue collar love note to the working classes, and will never see the tables of the rich. It’s not one you’ll ever be comfortable putting on the top shelf: your friends will probably laugh at you were you to trot it out like your firstborn for review. All the islands and all the rum producers have rums like this one, their almost unappreciated red-haired stepchildren, not entirely legit, not made for the upper crust, just for those who need to take the edge off once in a while without mucking around with “oak”, “vanillas”, “spicy tumeric background” or “a perky little nose”. It’s too raw and uncompromising for me to really recommend it neat, but you know, if you ever went down to Mudland, you really should try a shot, just the one time — perhaps with coconut water — just so you can say you have. It’s absolutely worth it for that.