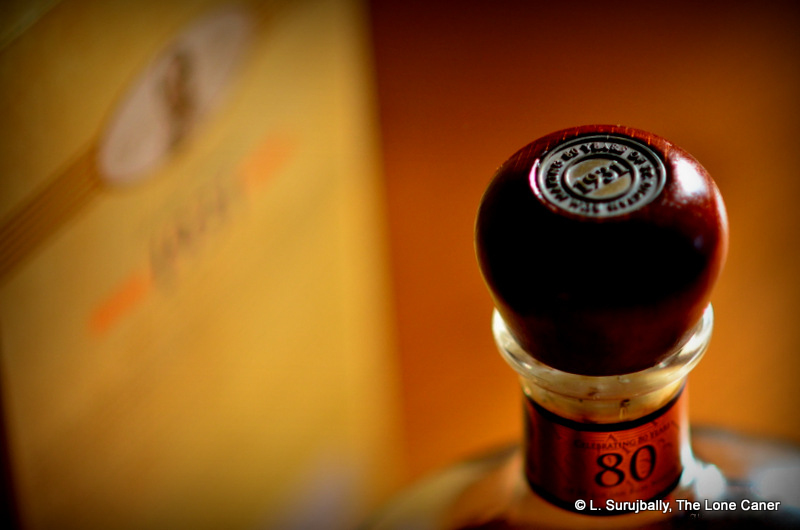 Rum makers occasionally issue an expression which commemorates an event or a date that has particular meaning for them and then turn that into a marketing tool (like the Angostura 1919 or the Flor de Cana “21”) – it’s always touted as being a cut above the ordinary, although I have my private feelings about the veracity of such statements. In this instance, 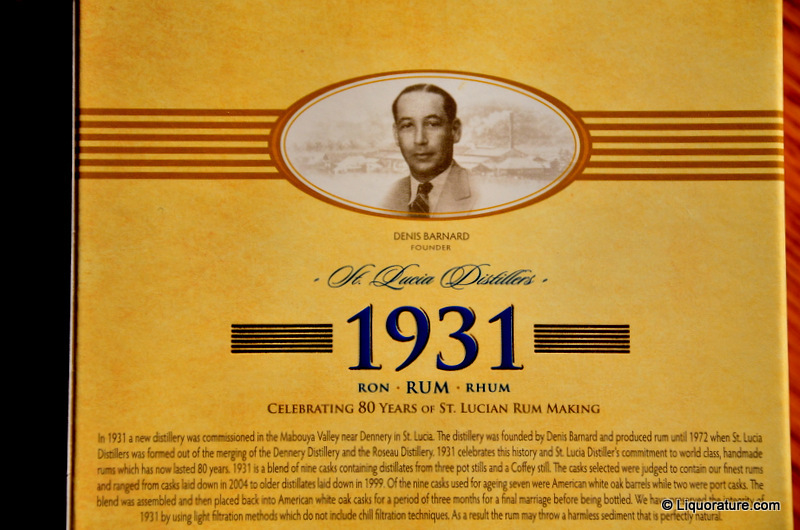 The rum itself had a medium to heavy body (I have a personal predilection for that), more dark red fruits, dried raisins, honey, a subtle grapey hint, and again that smoky background which made me suspect that one of the barrels may have been charred to lend some more pizzazz to the profile. Oddly, I noted few soft or fleshy kind of notes (as might have come from bananas), but a hint of orange peel, all tied up in a neat bow by burnt sugar and toffee. And on the finish it was really quite pleasant, soft and unaggressive, yet warm and long as well, with none of the savage elan of, oh, the Appletons, exiting with a hint of old tobacco and dried, well cured leather. It’s often been mentioned that with some experience one could discern a pot stilled product from one that was predominantly column stilled: and I’d guess that the richness of what I was sampling derived primarily from the pot still portion of the blend. 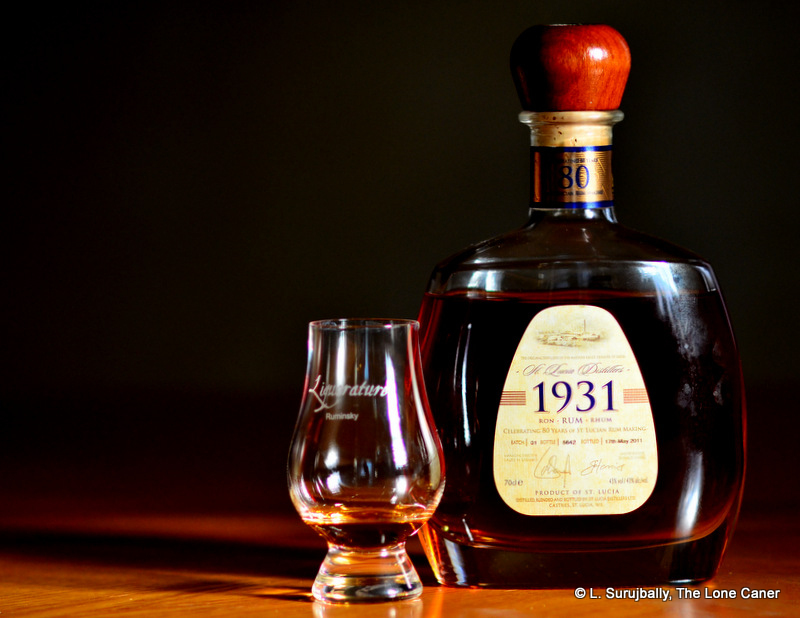 The 1931 was un-chill-filtered, and evinced an overall taste that was quite a bit gentler than we might be expecting to find in a slightly stronger rum (43%, remember) – I remarked in the Admiral Rodney review that this was closer in style to the Barbadians as opposed to the Cubans or the Jamaicans who are a bit more aggressive in their rum profiles and have more perceptible, spicy and citrus notes, and here again, I came to the same conclusion. 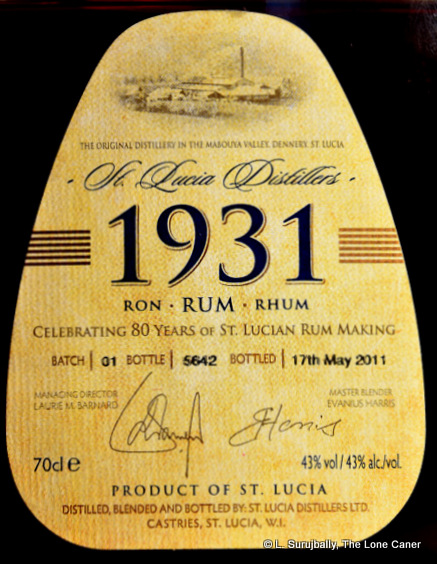