This is a re-post of an addendum to the review of the Cadenhead Green Label Barbados 1986 18 YO Rum, which went up in August 2021. At that time, although much had been written or quoted about the “Rockley still rums”, some of it was out of date and some was plain wrong. So I gave a brief rundown of the matter in that review — but now, after a few months, I feel it should best be in a small post of its own that can be updated as new information becomes available (as it has), hence this revised and separated post with relevant addenda. 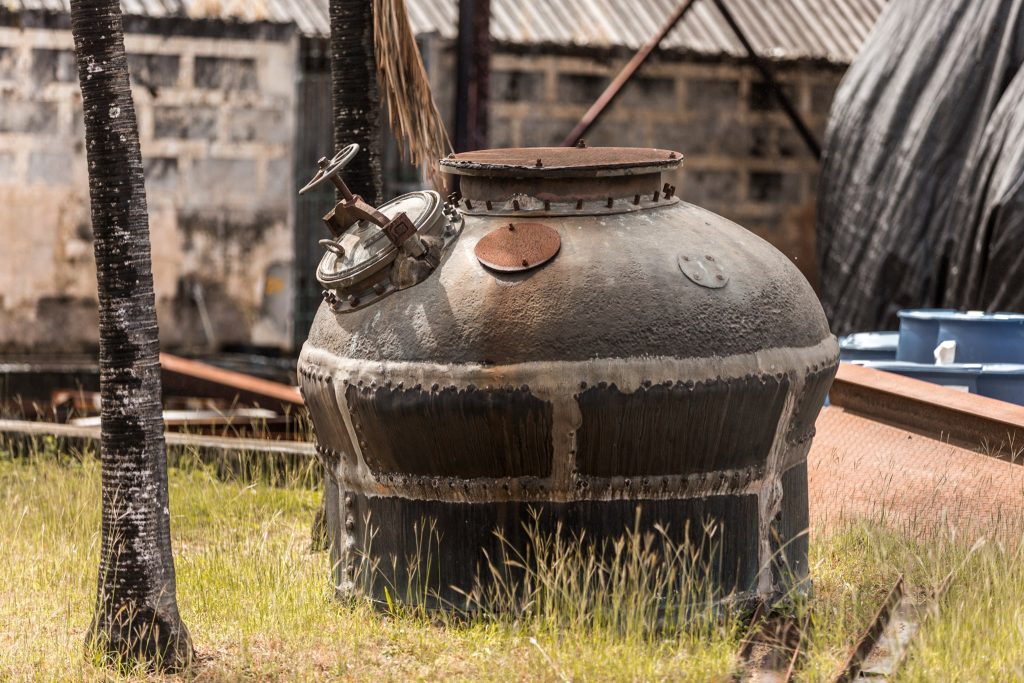 Many producers, commentators and reviewers, myself among them, have occasionally referred to the pot still distillate from WIRR/WIRD as a Rockley Still rum, and there are several who conflate this with “Blackrock”, which would include Cadenhead and Samaroli (but not 1423, who refer to their 2000 rum specifically as simply coming from a “pot still” at “West Indies” – Joshua Singh confirmed for me that it was indeed a “Blackrock style” rum).

They key write-ups that currently exist online are the articles that are based on the research published by Cedrik (in 2018) and Nick Arvanitis (in 2015) — adding to it now with some digging around on my own, here are some clarifications. None of it is new, but some re-posting is occasionally necessary for such articles to refresh and consolidate the facts.

Secondly, there is in fact a “Rockley” pot still, which had possibly been acquired by a company called Batson’s (they were gathering the stills of closing operations for some reason) when the Rockley Distillery shuttered — Nick suggests it was transformed into a golf course in the late 1800s / early 1900s but provides no dates, and there is indeed a Rockley Resort and golf club in the SE of Bridgetown today. But I can’t find any reference to Batson’s online at all, nor the precise date when Rockley’s went belly-up — it is assumed to be at least a century ago. Nick writes that WIRD picked up a pot still from Batson’s between 1905 and 1920 (unlikely to be the one from Rockley), and it did work for a bit, but has not been operational since the 1950s.

This then leads to the other thread in this story which is the post-acquisition data provided by Alexandre Gabriel. In a FB video in 2018, summarized by Cedrik in his guest post on Single Cask, he noted that WIRD did indeed have a pot still from Batson’s acquired in 1936 which was inactive, as well as another pot still, the Rockley, which they got that same year, and was also long non-functional (in a 2021 FB post, WIRD claims a quote by John Dore’s president David Pym, that it’s the oldest rum pot still in the world, which I imagine would miff both DDL and Rivers Royale). According to their researches, it was apparently made by James Shears and Sons, a British coppersmith, active from 1785 to 1891, and in use between 1936 (date of acquisition) to the 1960s. What this all means, though, is that there is no such thing as a rum made on the Rockley still in the post-1995 years of the current rum renaissance, and even earlier – the labels are all misleading, especially those of the much-vaunted year 1986.

Yet, as Cedrik so perceptively notes, even if there is no such thing as a Rockley-still rum, there is such a thing as a Rockley style. This has nothing to do with the erroneous association with a non-functional named still. What it is, is a flavour profile. It has notes of iodine, tar, petrol, brine, wax and heavier pot still accents, with honey and discernible esters. It is either loved or hated but very noticeable after one has gone through several Barbados rums. Marco Freyr often told me he could identify that profile by smell alone even if the bottler did not state it on the label, and I see no reason to doubt him.

The actual, long non-functional Rockley still has long been sitting on the WIRD premises as a sort of historical artifact – that’s the picture, above. In November 2021, it was noted they were shipping it off to a coppersmith in France for inspection and potential refurbishment, with view to (possibly) making it useable again.

[This post will be updated as more information becomes available]