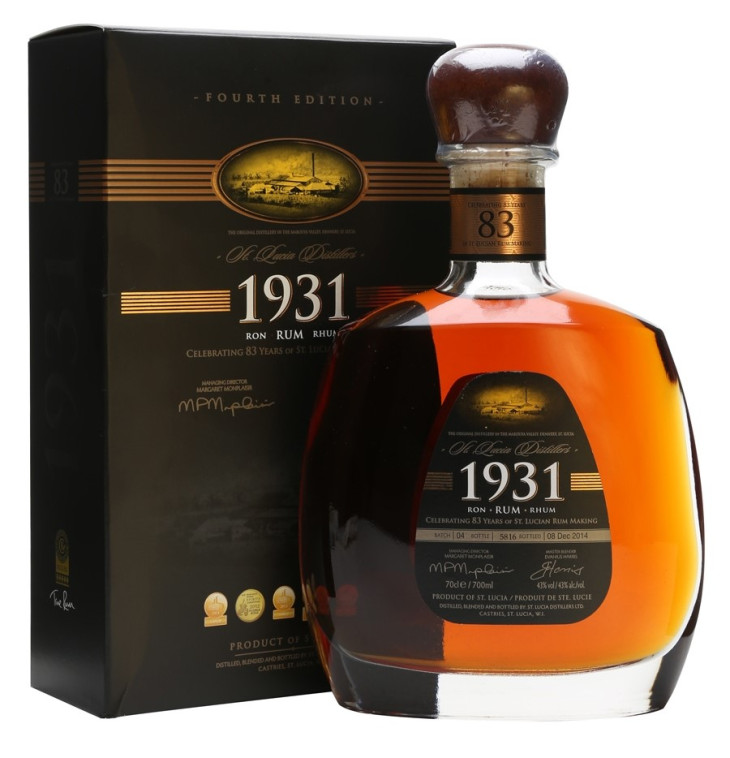 Each of the 1931 series has some sort of tweak, a point of uniqueness or interest, to make it stand out. The first two, in my estimation at least, were fairly conservative pot-column blending experiments (but very well done). The Third Edition added some sugar to a blend of all four stills and upped the complexity some. By the time they got to 2014, it was clear there was a gleeful maniac running free and unsupervised in the blending area, and he used a bit of just about everything he had in the lab (including agricole rhum, the first made from sugar cane juice at SLD since the 1930s), in an effort to create the ultimate complex blend that only a 9-Dan Master Blender from some insanely intricate solera system could possibly unravel. But oh man, what he created was stunning for a rum bottled at such a quiet 43%.

Brief background: there are six releases of the 1931 rums, one per year between 2011 and 2016, each with its blend of aged pot and column still distillates. In 2017 the 1931 moniker was folded into the Chairman’s Reserve part of the portfolio and it effectively ceased production as a brand in its own right. For the historically minded, the “1931” refers to the year when the Barnard family’s Mabouya Distillery was founded near Dennery – it merged with the Geest family’s Roseau distillery in 1972 to create the modern St Lucia Distillers.

Once again, the St. Lucia distillers site gives zero info on the blend, but direct communication with them provided everything we might want. The blend breakdown is below the tasting notes, and I should note a smidgen of sugar (about 4-6 g/L according to Mike Speakman, who also provided the breakdown). 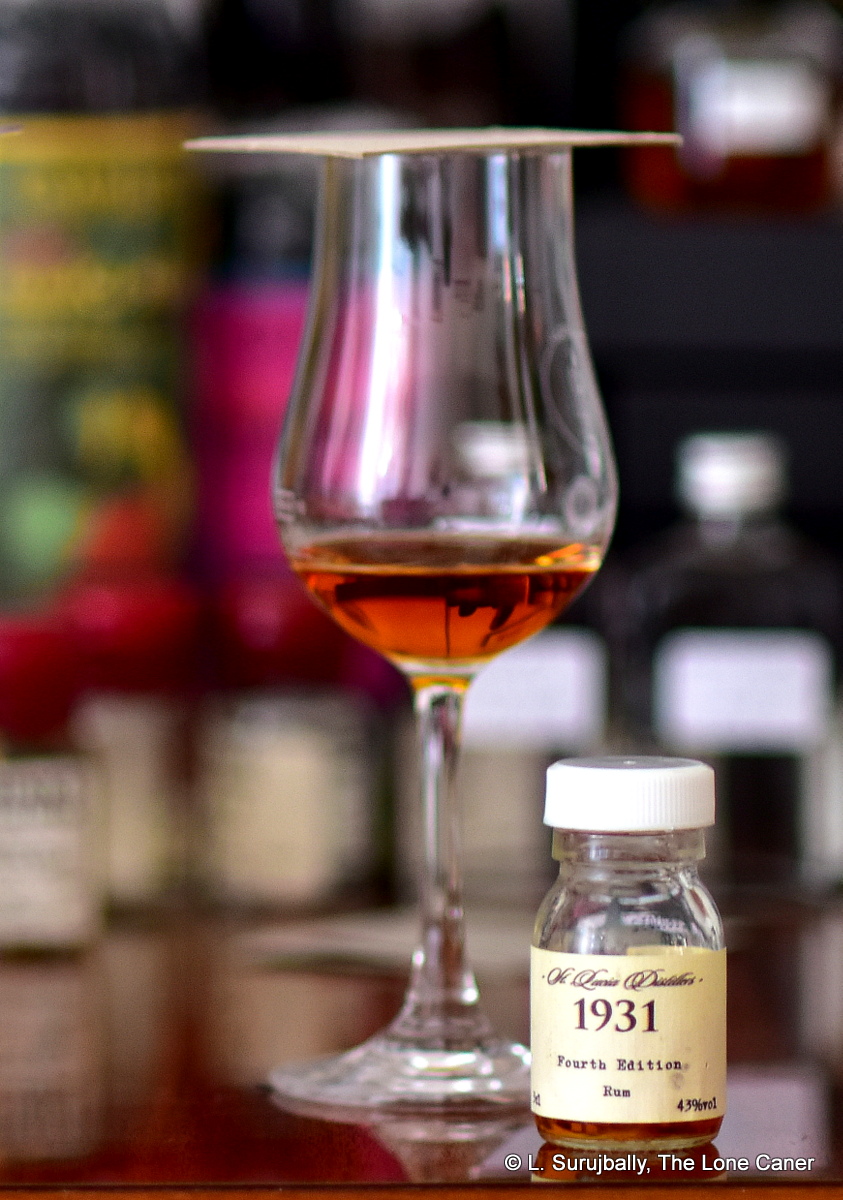 Nose – Damn, but here, the brine and licorice notes are so distinct it’s almost sweaty. Brine and olives, salty caramel ice cream, some vanilla.  Honey, leather, some smoke, molasses-soaked brown sugar.  I particularly liked the light twist of lime and mint which offset thicker aromas of bananas and peaches.

Palate – The balance of the various flavours permeating this thing s really very good.  The tart acidity of sour cream and fruit melds deliciously with softer, creamier flavours — think lemon meringue pie but with bags more apricots, peaches, green grapes, lime and apples. The salt caramel and molasses is present but unobtrusive, and while the agricole element remains faint, it is there, and maybe just shy. A flirt of vanilla and aromatic tobacco round off a very satisfying profile.

Thoughts – Whoever made this blend is a genius.  Of the six St. Lucians I had on the go that day, only one eclipsed it (and not by much).  It’s admirable and amazing how much flavour got stuffed into a rum released at a strength that too often is seen as its own disqualifier. I can’t speak for the 1931 #5 and #6, but of the first four, this is, for me, undoubtedly the best.

The components of this blend are as follows: