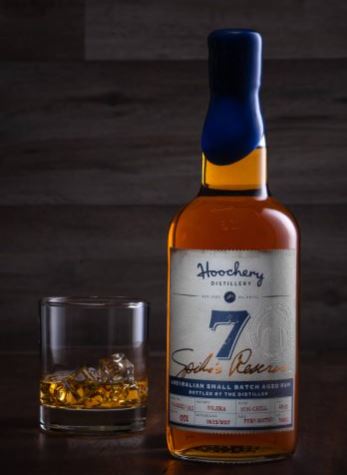 Just reading the name of this rum invites questions. Where does the rum come from, with a name like that?  Who is Spike? Is there a really a distillery named after the rotgut liquor the word “hooch” represents? In the welter of “cane spirit” new-make unaged rums emerging from the New Australians 1and the lack of many seriously aged rums from Down Under, is there actually one that’s seven years old? What could it possibly be like? Fortunately your fearless (if occasionally clueless) reviewer, possessed of rather more enthusiasm than good sense, has not only been here before but has tried this rum as well, and stands ready (if unsteady) to provide all answers. 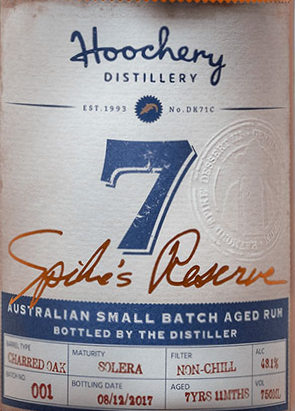 Sipping it drives home this point: it has standard tastes of caramel, toffee and sweet brown sugar, and a bag of vanilla (probably from the charred barres that were used in the ageing); and there are some nice hints of stewed apples, peaches in syrup, honey.  The problem is that the woodiness, the oakiness, is excessive, and the unsweetened licorice, sawdust, bitter coffee grounds and resin all have too much influence,  The sweeter, muskier flavours balance this off as best they can, but it’s not enough. And behind it all is that meatiness, that deep sour funk which some will like and some will not, leading to a dry and tannic finish that’s mostly caramel, toffee, vanilla and overripe fruit.