That said, it’s always interesting how a rum made three decades ago and aged for so long holds on to its character. The nose here opens with fresh, damp sawdust and varnished lumber.  One would expect a certain mellowness of age, a smoothening out of roughness, yet the rum still noses like a product much younger, retaining a thin crisp vibrancy, with notes of glue, acetones, licorice, smoke, well-polished old leather, faint salted caramel, and a few ripe stoned fruits for some edge. Oh, and some sweet dusting of brown sugar and cinnamon.

The palate is where such forceful strength comes into its own: here that presents as dry, woody and very sharp, like a whole bag of Red Rose loose black tea dumped into a very small pot and then doused with some brown sugar and a tin of evaporated milk (we called it “bush tea” back in the day – I once fed my little brother some when he was doing exams and he stayed up for two days straight on the stuff). Vanilla, molasses, caramel and licorice are the dominant flavours.  Subtler hints of acetone, soya and brininess become noticeable after a while, and some very faint floral and fruity hints waft around without ever making a serious statement.  Unsurprisingly it concludes with a finish as long as a polar summer sunset, but it’s slim pickin’s: wood and tannins, some salted caramel, anise, and again, a grain or two of cinnamon. 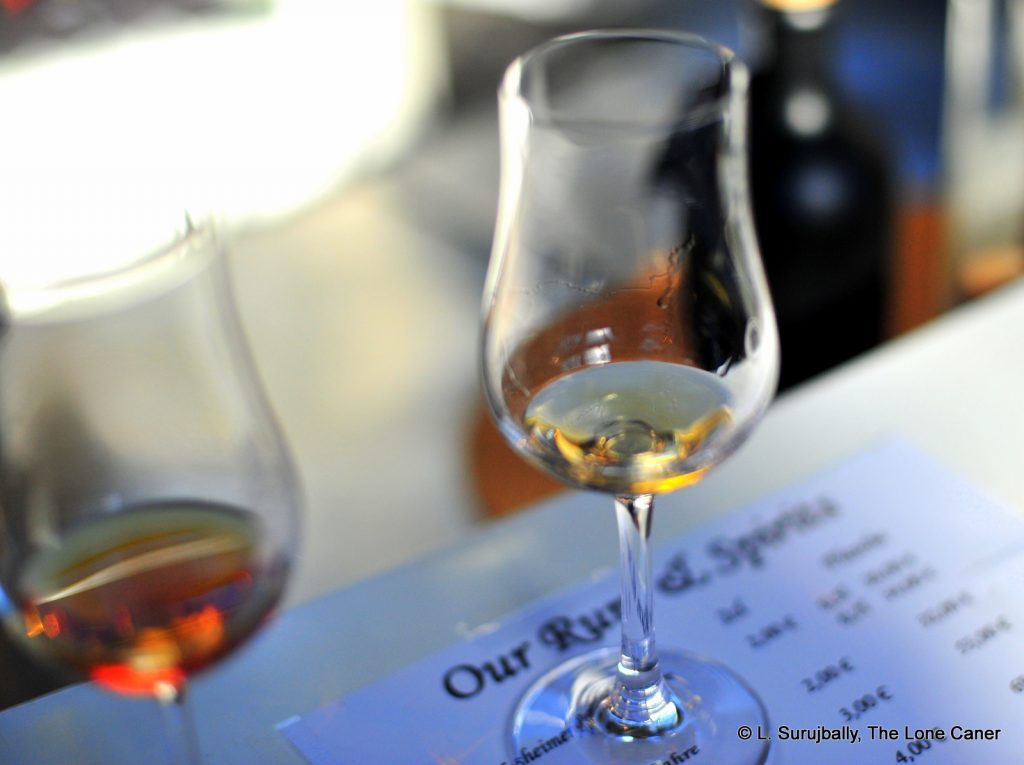