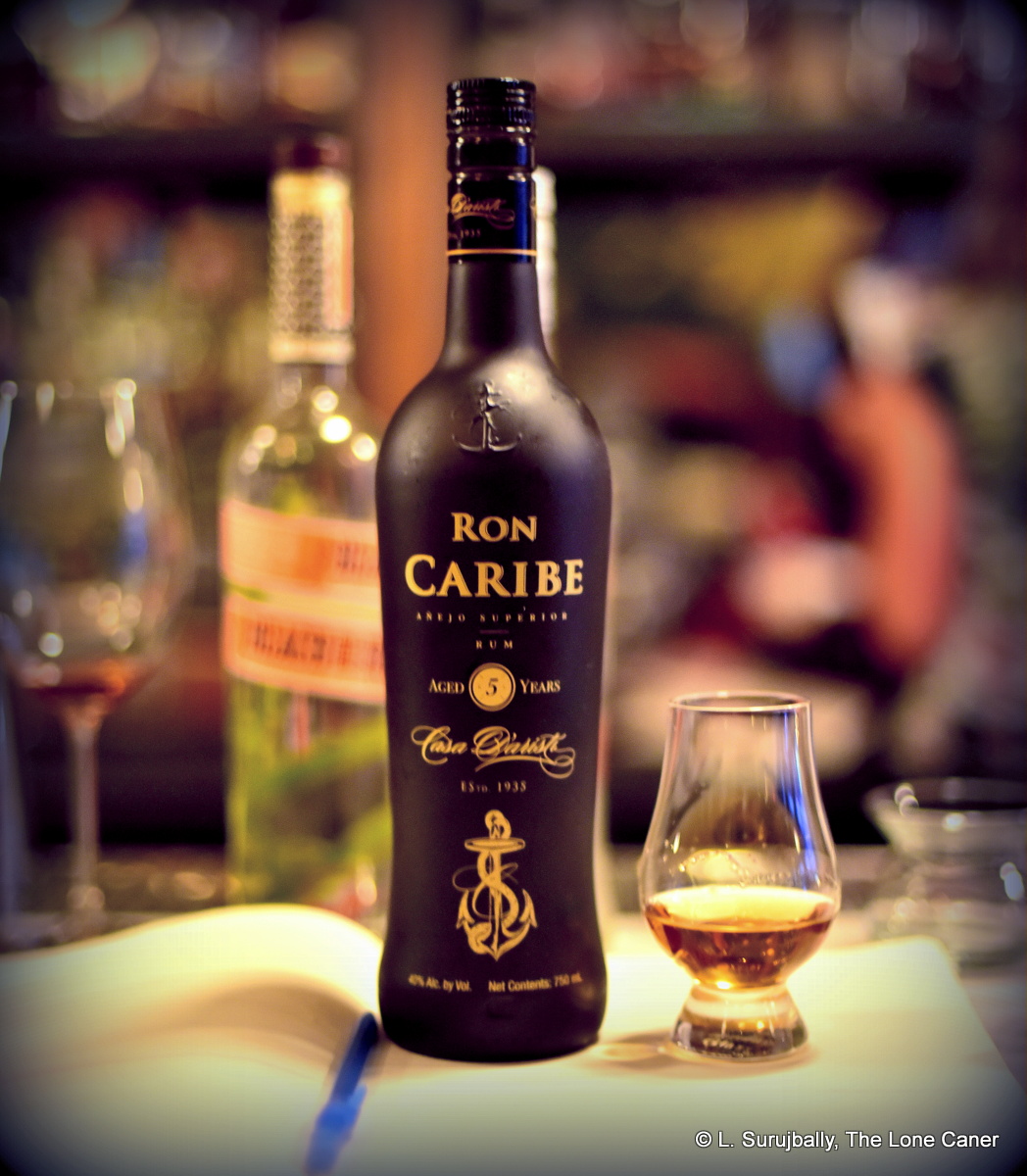 Although the unrealized flashes of interest and originality defining the Mexican Ron Caribe Silver still make it worth a buy, overall I remain at best only mildly impressed with it. Still, given the opportunity, it’s a no-brainer to try the next step up the chain, the 40% ABV standard-strength five year old Añejo Superior. After all, young aged rums tend to be introductions to the higher-end offerings of the company and be the workhorses of the establishment – solid mixing ingredients, occasionally interesting neat pours, and almost always a ladder to the premium segment (the El Dorado 5 and 8 year old rums are good examples of this).

Casa D’Aristi, about which not much can be found outside some marketing materials that can hardly be taken at face value, introduced three rums to the US market in 2017, all unlisted on its website: the silver, the 5YO and 8YO. The five year old is supposedly aged in ex bourbon barrels, and both DrunkenTiki and a helpful comment from Euros Jones-Evans on FB state that vanilla is used in its assembly (a fact unknown to me when I initially wrote my tasting notes).

This makes it a spiced or flavoured rum, and it’s at pains to demonstrate that: the extras added to the rum make themselves felt right from the beginning.  The thin and vapid nose stinks of vanilla, so much so that the bit of mint, sugar water and light florals and fruits (the only things that can be picked out from underneath that nasal blanket), easily gets batted aside (and that’s saying something for a rum bottled at 40%). It’s a delicate, weak little sniff, without much going on. Except of course for vanilla.

This sense of the makers not trusting themselves to actually try for a decent five year old and just chucking something to jazz it up into their vats, continues when tasted. Unsurprisingly, it starts with a trumpet blast of vanilla bolted on to a thin, soft, unaggressive alcoholic water. You can, with some effort (though who would bother remains an unanswered question) detect nutmeg, watermelon, sugar water, lemon zest and a mint-chocolate, perhaps a dusting of cinnamon.  And of course, more vanilla, leading to a finish that’s more of the same, whose best feature is its completely predictable and happily-quick  exit.

It’s reasonably okay and a competent drink, but feels completely contrived and would be best, as Euros remarked in his note to me, for mixes and daquiris.  Yes, but if that’s the case, I wish they had said what they had done and what it was made for, right there on the bottle, so I wouldn’t waste my time with such an uninspiring and insipid fake drink.  What ended up happening was that I spent a whole long time while chatting with Robin Wynne (of Miss Things in Toronto) while puzzledly keeping the glass going and asking myself with every additional sip, where on earth did all the years of ageing disappear to, and why was the whole experience so much like a spiced rum? (Well yeah, I know now).

So, on balance, unhappy, unimpressed. The rum is in every way an inferior product even next to the white.  I dislike it for the same reason I didn’t care for El Dorado’s 33 YO 50th Anniversary – not for its inherent lack of quality (because one meets all kinds in this world and it can be grudgingly accepted), but for the laziness with which it is made and presented, and the subterranean potential you sense that is never allowed to emerge.  It’s a cop-out, and perhaps the most baffling thing about it was why they even bothered to age it for five years.  They need not have wasted any time with barrels or blending or waiting, but just filtered it to within an inch of its life, stuffed it with vanilla and gotten…well, this. And I’m still not convinced they didn’t.

Since there is almost nothing on the background of the company I didn’t already mention in the review of the Silver, I won’t rehash any of it here.