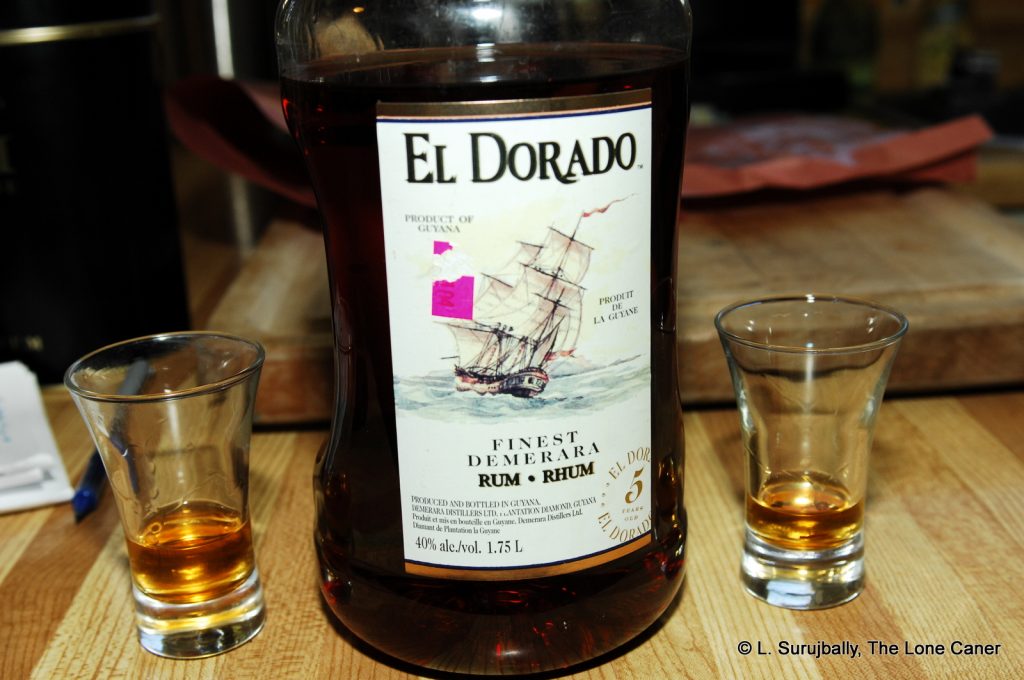 We’ve tasted the El Dorado 21 year old (a superb example of the distiller’s art) and I have a 12 year old kicking around somewhere that I’m awaiting the return of the Bear to crack, but since the low end of the scale was available, it formed the third part of the three-rum selection for the July 2010 gathering.  I’d like to point out that what Demerara Distillers markets abroad as 5-year, is vastly different from what is foisted on the local market in Guyana, and that’s a shame, since it says that leavings are given to the locals, while high-revenue earners are shipped abroad.

DDL is headed by a marketing dynamo: Yesu Persaud, the Chairman of the company, saw the emergence of premium sipping rums coming and lay down stocks from the 1980s and even before that; so in 1992, when DDL issued the El Dorado 15 year old Special Reserve, it showed that rum, like whisky, could compete for the sipping market on level terms.  Too – and for this I have to give full credit and many attaboys – DDL has used the whisky principle of stating that when something is a 12 year old or 15 year old, then that is the component of the drink that is the youngest part of the blend. 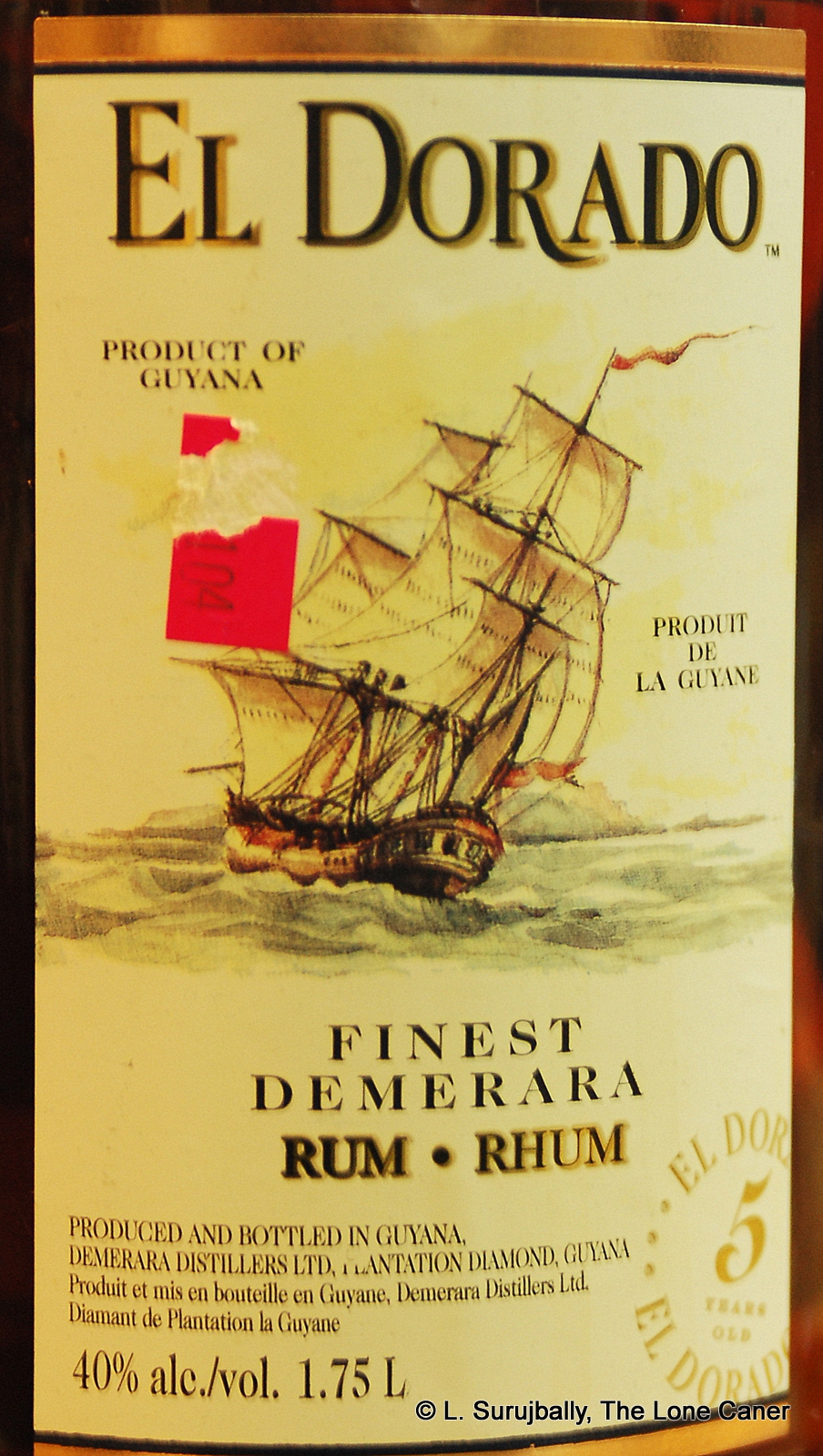 As the picture shows, this is a brown-gold rum, not terribly heavy in density. Baby legs scamper in scrawny rills back down the glass in labba-time, and those nose is simple, without complexity – the usual caramel and burnt sugar offering, though somewhat lighter than usual, and with some cinnamon and perhaps coconut thrown in for good measure.  There’s that spirity sting on the schnozz to watch out for, of course.  About what one would expect from a five year old.  I’m beginning to come to the belated conclusion that the only real difference between a five and a fifty year old is the care taken to smoothen out and balance the various tastes and burns…younger babies are simply bastard offsprings of more noble sires and have not yet grown into their stature, so to speak.

Tastewise, I have the advantage – or suffer under the burden – of having tasted DDLs crap ware in the old country, so my expectations of their single digit rums are always low (I concede that the exported tipple is miles ahead of the local market hooch). But I must admit that the five caught me off guard: I had been expecting the slightly dark sweetness of DDLs older offerings, but got instead something drier, smokier and more distinctive.  The flavour of coconut, anise and caramel blends into something akin to a very strong, unsweetened tea carving its way down your throat, with a bite of heat rather than that of acid (I hope I’m making the distinction clear).  Sure there is burn at the back end, but less than I would have imagined – actually, the rum reminds me of a young cognac more than anything else.

Which is not to say I was entirely enamoured of DDL’s rum here. You know me and my love for sweets, so on that level, plus the rather low effort put into muting the burn, it’s sort of a “par for the course” kinda deal;  a very nice little mixer, however.  Cola fills out the sweetness and body the rum itself is missing. I’m prone to playing favourites, and I really like the 21 year old, so if I was in a good mood (which I was) I’d certainly give this one a pass on the strength of my appreciation for its sibs and its quality as a mixing base.  As a sipper, however, much as I’d like to state otherwise, I’d rather stay away from it.